Electricity is a form of energy found in nature. Moreover, it is also a secondary energy manufactured by humans to make our inventions work.

We have to learn about atoms to understand how electricity is formed. Atoms are some of the smallest units of matter. Everything is made up of atoms, including our bodies. 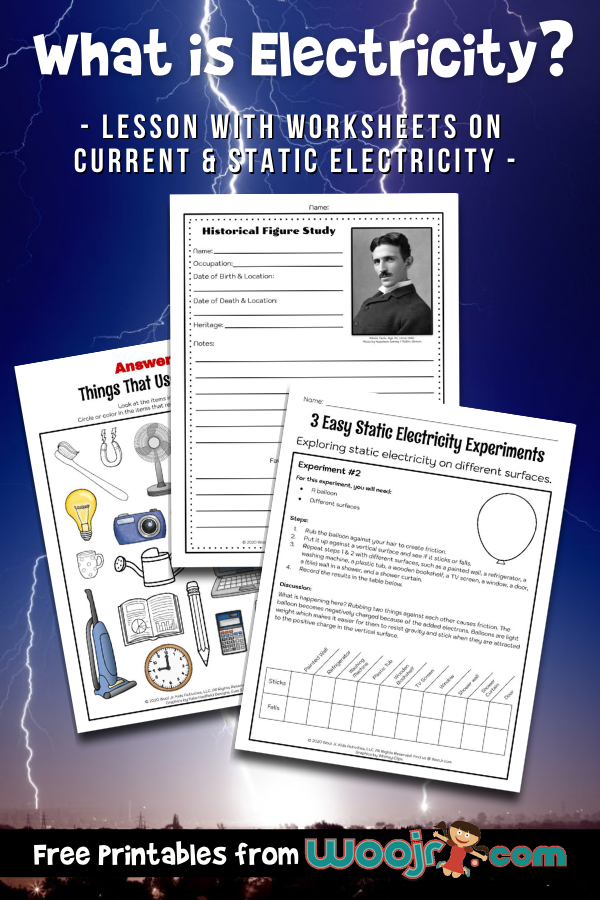 It all starts with atoms.

The electrons in the bubble closest to the nucleus have a really strong attraction to the protons. Electrons in the outermost bubbles, though,  have a much weaker attraction. Sometimes they are pushed out of their bubble to join another atom. These migrating electrons are what we call electricity. 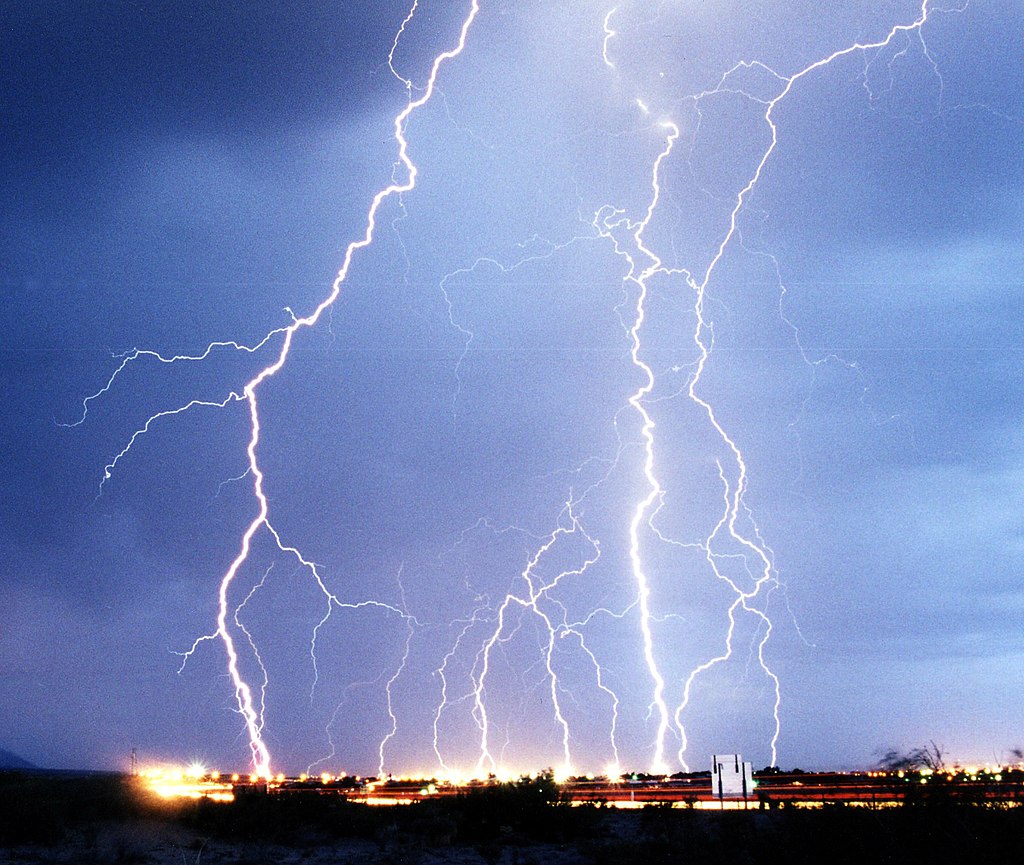 Static electricity is found naturally in our environment. It is simply a type of energy that stays in one place for a short amount of time until it is released. An imbalance of positive and negative charges in an object produces static electricity. Lightning is a great example. Clouds move and push against each other during storms. This rubbing, or friction, causes extra electrons to develop. This negative charge then looks for a positive charge either in the ground or in another cloud. When it finds one, those electrons move toward the protons in a hot blast of energy.

Did you know that this static electricity display has many benefits for our planet? Lightning transfers negative charges back down to Earth. Normally, there is a steady flow of negatively-charged ions up from the Earth into the atmosphere. This transfer helps keep the two balanced.

Lightning also releases nitrogen from the atmosphere by knocking electrons away from the atom. The unstable atom then combines with other elements to form nitrates. Rainwater carries it down to Earth. These nitrates nourish the soil and plants then turn them into proteins. 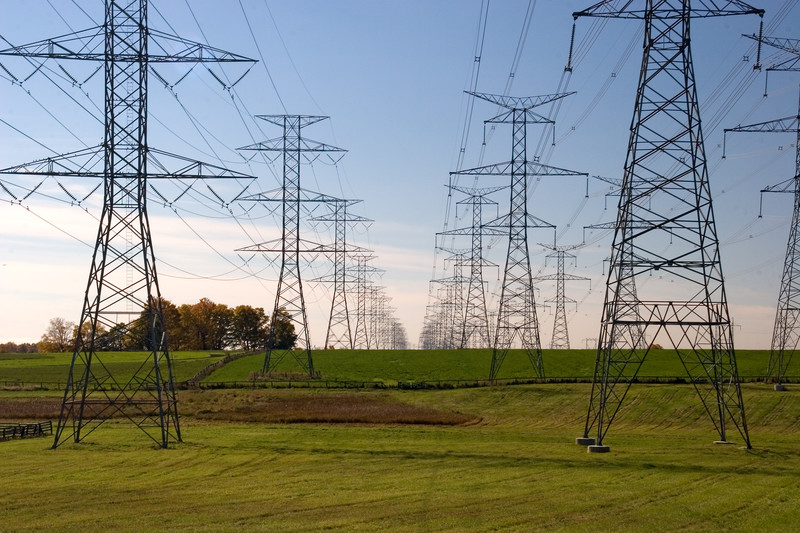 Photo by Can Stock Photo – kvv515kvv

Current electricity is different because it is the actual flow of electrons along a path. This current requires a conductor, usually a copper wire. We measure currents in amperes, or “amps.”

Scientists refer to this as a secondary energy because we generate it from other fuel sources, such as coal, wind, or even solar energy. We can’t mine current electricity. We have to make it from something else. And its invention changed the world and made the rate of technology development explode.

Examples of current electricity sources are a battery and a wall outlet.

Here are some of our printable resources for helping your child understand how the two different types of electricity work.

History
Nikola Tesla was a Serbian-American inventor who designed the alternating-current (AC) electric system. This is the main system we use around the world to safely bring electricity into people’s homes.

Activity: Print our Tesla Research and Writing Pages and have your students fill out the information page.  Or ask them to write an essay using our writing pages describing what they learned about Nikola Tesla. 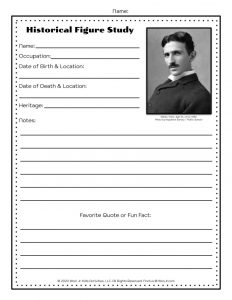 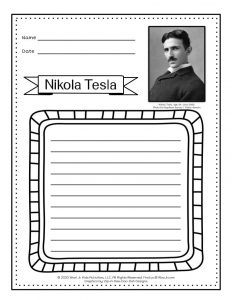 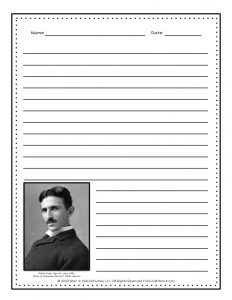 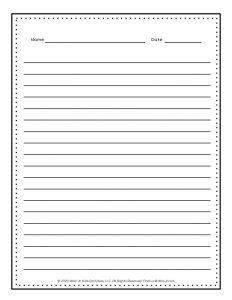 Here are some great online resources to use for research:

Science
Current and static electricity are the two types of electricity we recognize today. We control one of them and used it to our benefit. Current electricity can keep us warm/cold, healthy, safe, informed, and so much more.

Activity #1: As discussed above, many of the inventions that help our society function need current electricity. It is a sustained and continuous flow of electrons. Humans produce this type of electricity using batteries or by converting wind, solar, or coal energy into electricity.

Print our Current Electricity Coloring Page and have your students color in or circle the items that require it to function correctly. 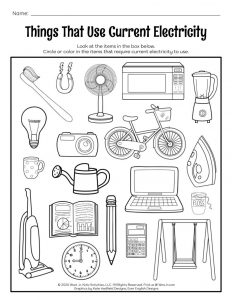 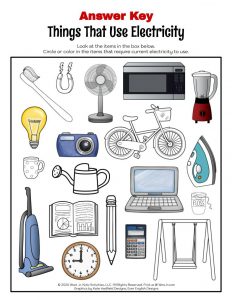 Activity #2: Print our Static Electricity Experiment Pages to learn about it through three simple experiments using materials you probably have at home. 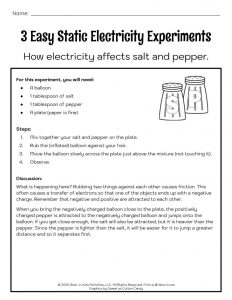 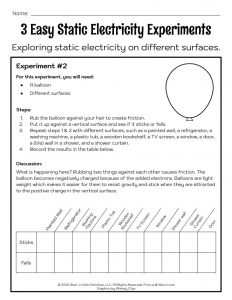 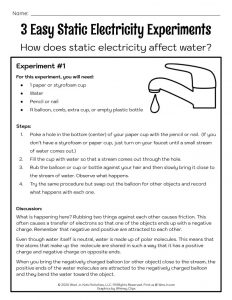