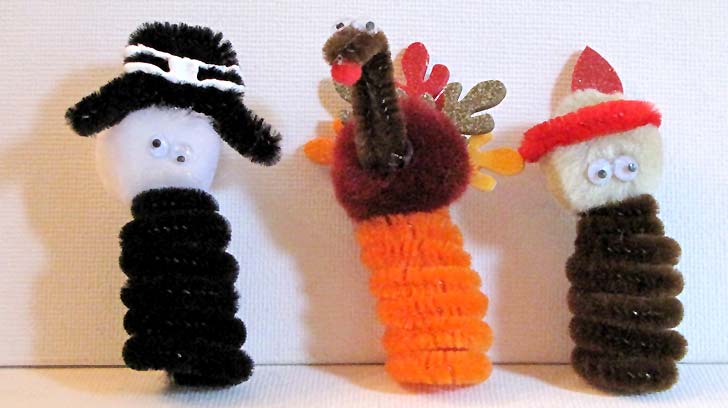 How to Make Thanksgiving Finger Puppets 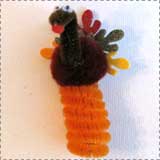 Pick 3-5 foam leaves and arrange them in a fan to become the turkey tail feathers. If you found foam leaf stickers, you can just adhere them that way. Otherwise glue them together as shown.

Bend a 3 inch brown piece of pipe cleaner as shown for the turkey head and neck: 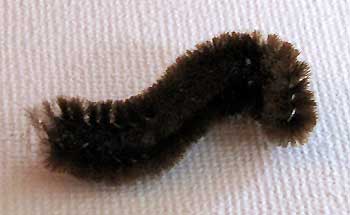 Glue the tail feathers onto the back of the large dark red pom pom.

Glue the cut end of the brown pipe cleaner turkey neck into the front of the pom pom.

Glue the tiny bright red pom pom onto the bottom of the turkey head to make his waddle.

Glue the finished turkey to the finger puppet base. 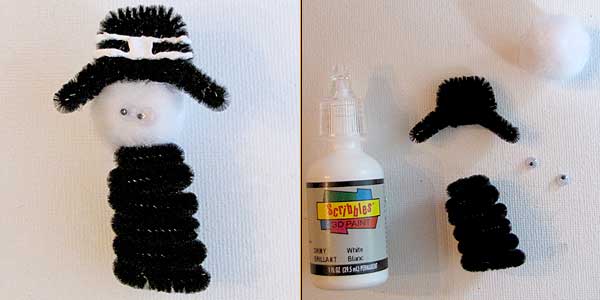 Take a full size black pipe cleaner and bend it into the shape of a pilgrim hat. This photo doesn’t help too much, but I folded the square top of the hat first, then made two tight loops for the hat brim: 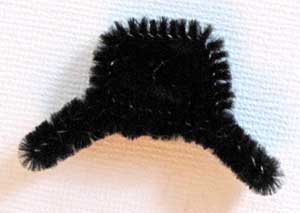 Use white dimensional fabric paint to paint on the hat band as shown.

Glue the hat onto the pom pom head.

Glue the googly eyes in place.

Glue the head onto the finger puppet base. 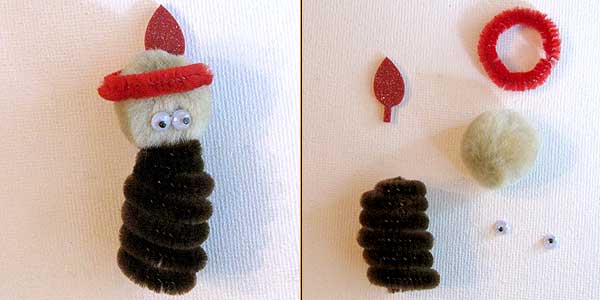 Cut about a 2.5 inch piece of red pipe cleaner and bend it into a circle as shown.

Glue it onto the tan pom pom head.

Glue the red “feather” leaf in place on the back of the head.

Glue the googly eyes in place.

Glue the head onto the finger puppet base.