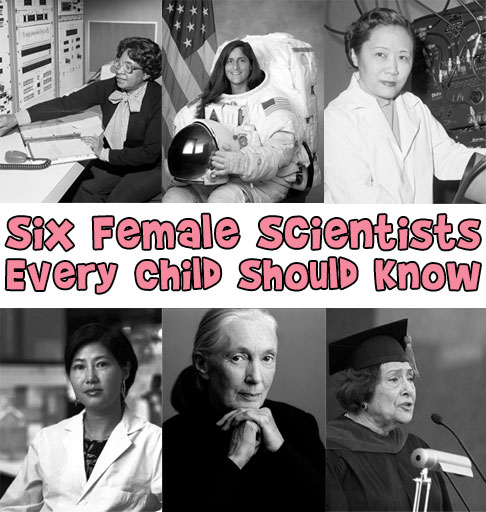 While most people can name at least one astronaut, the women whose calculations helped get the first men into space – Katherine Johnson, Mary Jackson, and Dorothy Vaughan – weren’t really known until the Oscar-nominated film “Hidden Figures” came out in 2016. Because March is Women’s History Month, we’re excited to share more stories about female scientists whose names you may not know yet, but will enjoy learning about. 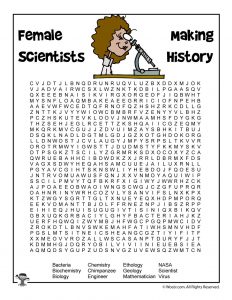 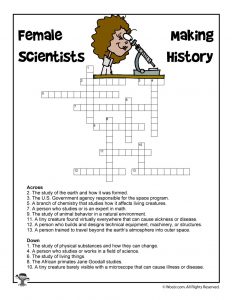 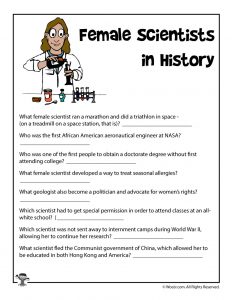 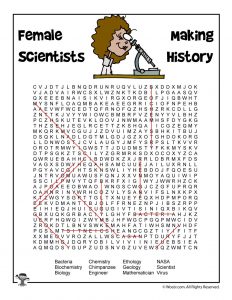 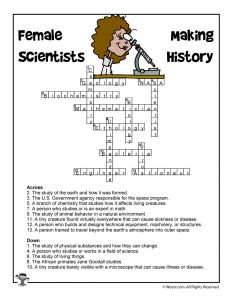 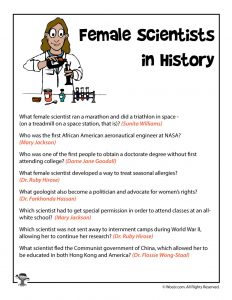 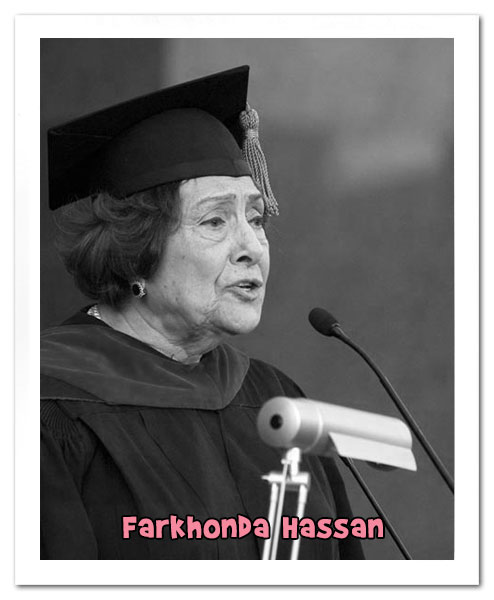 Dr. Farkhonda Hassan is a geologist, professor, politician, and advocate for Muslim women in science. Born in Egypt in 1930, Dr. Hassan’s love for science began at an early age, when her father showed her a fossil and explained how old it was and how it was made. One of the first women in Egypt to study geology, Dr. Hassan became a respected leader in the scientific community, and worked to create more opportunities for women in science. Dr. Hassan was elected to the Egyptian Parliament in 1979, and has served on United Nations committees for women’s rights, working to support the education of Muslim girls and women. 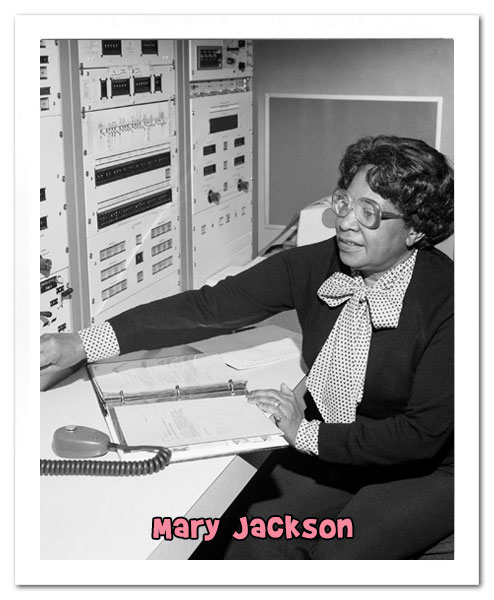 One of three “Hidden Figures” featured in the movie of the same title, Mary Jackson was educated during segregation in the U.S., when black and white students had to learn in separate schools, eat in separate restaurants, and use separate restrooms. While Jackson began work as a mathematician, she was invited to train as an aeronautical engineer, working in NASA’s high-pressure tunnel used to test how wind affected spacecraft. Although Jackson had to get permission to take the advanced engineering classes at an all-white school, she was ultimately allowed to take the classes, and became the first black engineer at NASA. Frustrated by the lack of management opportunities available to her, years later Jackson took a job at NASA outside of engineering that allowed her to help female scientists get jobs and promotions within the agency. 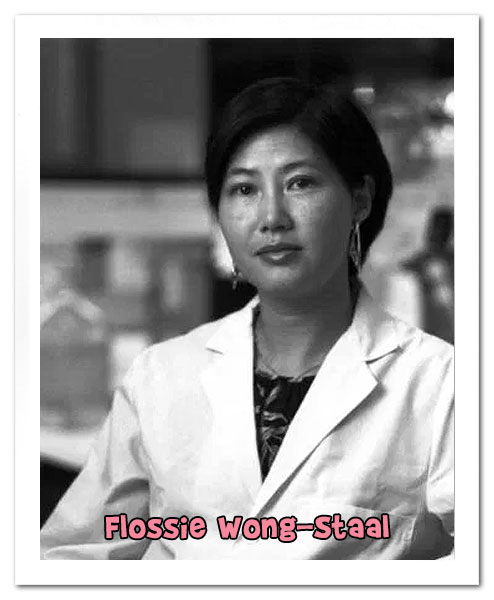 Dr. Wong-Staal is best known for her discoveries about the Human Immunodeficiency Virus (HIV). Born in China, Flossie Wong-Staal’s family fled to Hong Kong in the 1950s to escape the Communist government. She moved to the U.S. in 1965, where she studied molecular biology. She proved that HIV was the virus that caused the deadly disease AIDS (Acquired Immune Deficiency Disorder), a groundbreaking discovery. Dr. Wong-Staal’s later work allowed scientists to create blood tests to detect HIV and develop ways to slow the progress of the virus, extending the lives of those suffering from it. In recent years, she co-founded a drug company that focuses on better treatment for the symptoms of the disease hepatitis C. 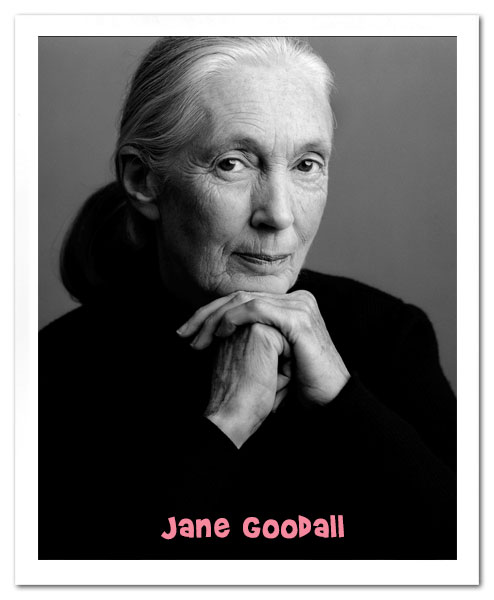 Dr. Goodall’s career began before she became a scientist, when she traveled from Great Britain to Africa in 1960 to conduct field research on chimpanzees. Goodall interacted with her subjects in the wild, and had to work to get her studies taken seriously in the scientific world because this was frowned upon. She returned to England to get her doctorate degree in Ethology (the study of animal behavior), and returned to Africa to make revolutionary discoveries about chimpanzees, including that they design and use tools. 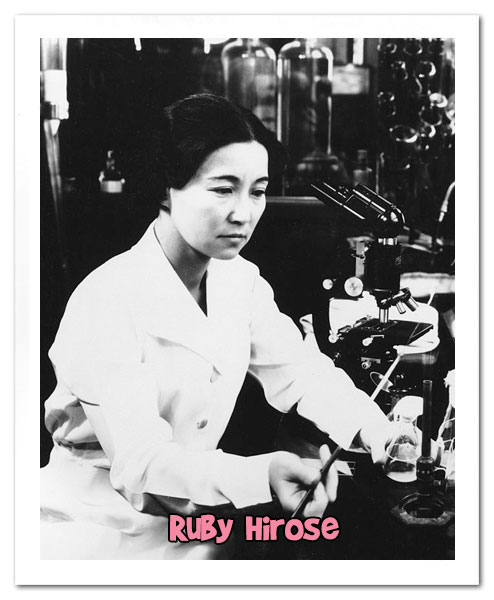 Dr. Ruby Hirose was a Japanese-American biochemist born in Washington State. After the attack on Pearl Harbor during World War II, the U.S. government placed Japanese Americans in internment camps on the West Coast. While many of her family members in Washington were sent away, Dr. Hirose worked as a biochemist in Ohio and was not sent to the camps because they were too far away. This allowed her to continue her research into a polio vaccine. Dr. Hirose also suffered from hay fever and by working with pollen extracts, improved a process that helps lessen allergy symptoms. 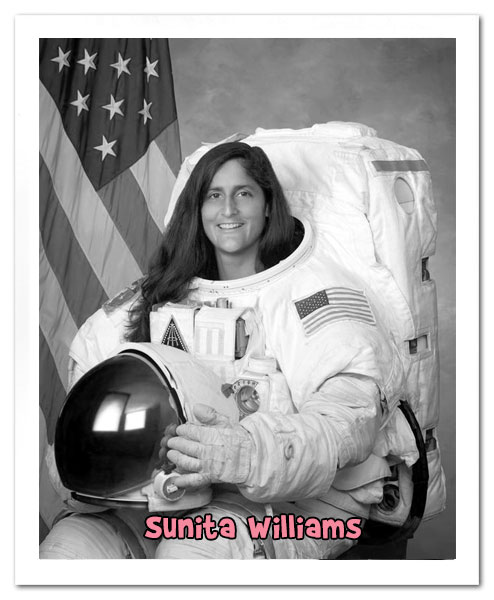 A U.S. Navy officer and helicopter pilot, Sunita Williams is also an electrical engineer and astronaut. Williams was the second American astronaut of Indian descent to travel into outer space, and the first to run a marathon on a treadmill in space during the 2007 Boston Marathon. She also completed a triathlon while in orbit, riding a stationary bike, running, and using weights to simulate swimming. Williams also holds record for the longest space walk, spending 29 hours outside the ISS. Williams was one of four astronauts selected for a new “Commercial Crew” NASA program using privately developed spacecraft.

Here are all of these amazing bios in a printable format so that every student can read about them: 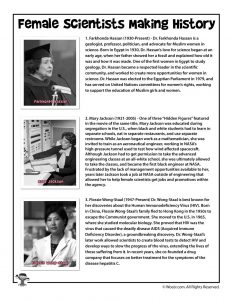 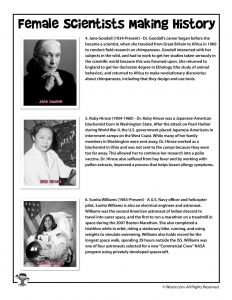 After reading these biographies of the women in science, it’s time to use your imagination to create your own biography! Here are the elements you’ll need in order to write your biography: