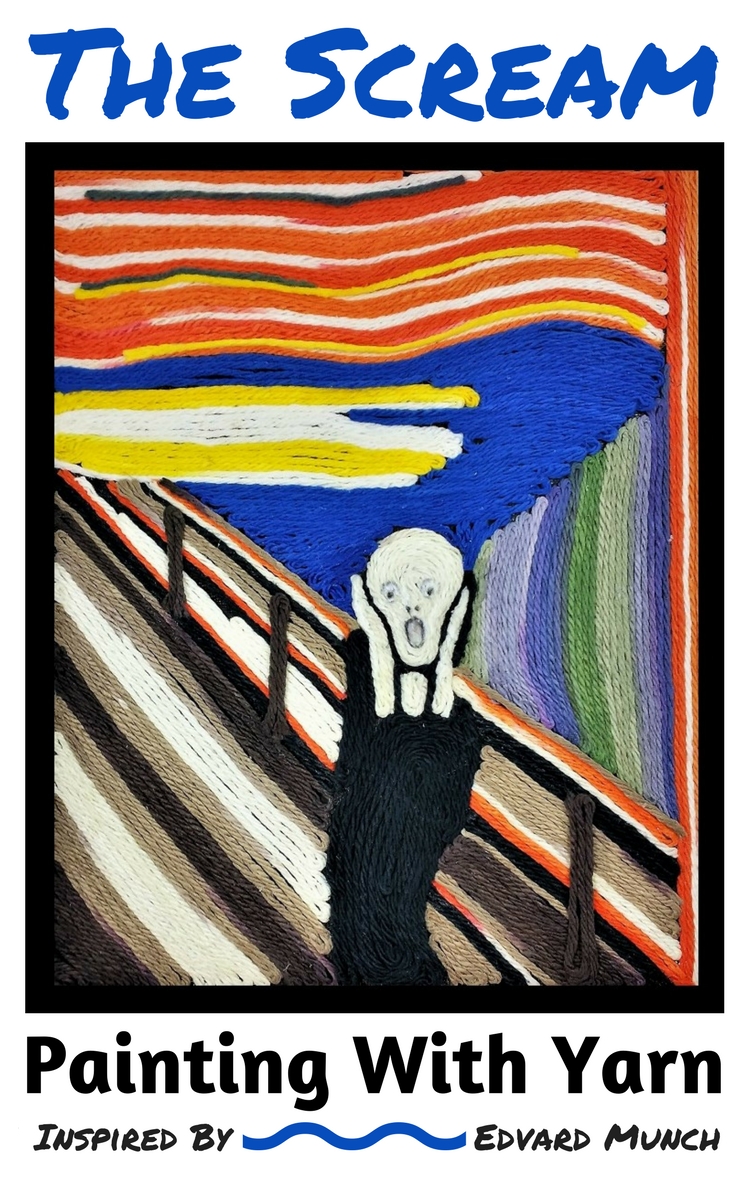 In this The Scream art project, we’re going to create our own version of The Scream painting by Edvard Munch, with yarn!

Edvard Munch was a Norwegian painter and printmaker.  As a child, Munch spent much of his time out of school with illness, so he would pass his time drawing.  As a teen, his interest in art moved into painting with watercolors and oils.

He spent a short time in technical school studying engineering but left school to pursue his dream of becoming a painter.

During his early years, Munch experimented with many styles of painting.  The earlier styles of painting, such as Impressionism, didn’t allow Munch the freedom to express himself at the much deeper emotional level he desired. 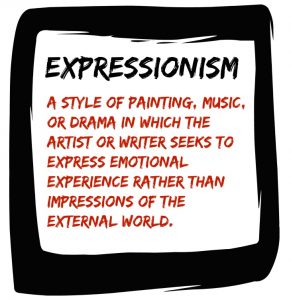 Munch belonged to the early 20th-century group of artists know as Expressionists.

He wrote that one of his paintings, when he broke from Impressionism, was his first “soul painting”.  Munch’s most famous “soul painting”, The Scream, has become one of the most recognizable paintings in the world.

Munch’s inspiration for the painting came from a diary entry in 1892.  Munch described a walk down a road at sunset with two friends as the sky turned red as blood.  He stopped to lean against a fence, feeling very tired, and he observed the sky as tongues of fire and blood stretched over the bluish black fjord and he heard the enormous, infinite scream of nature.

The Scream has been the subject of much analysis.  The experience Munch had that night while on a walk with his friends had a profound emotional effect on him.

His painting allowed him to express those emotions in a way that can be shared with those outside of himself.  When we observe his painting, we are given a glimpse into what he was feeling that night.

For this art project, The Scream, 1893, by Edvard Munch is our inspiration. 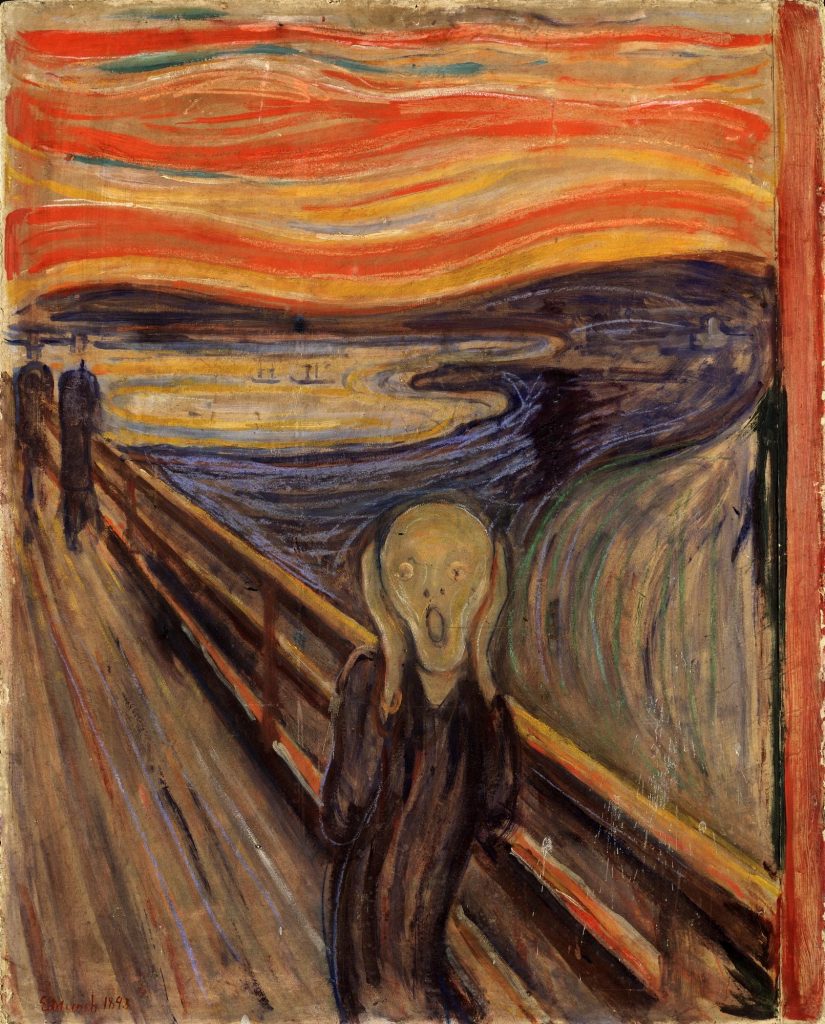 You might also like this beginning Basquiat art project for kids: exploring simple shapes and elements to create a masterpiece!

Supplies needed for this The Scream art project are: 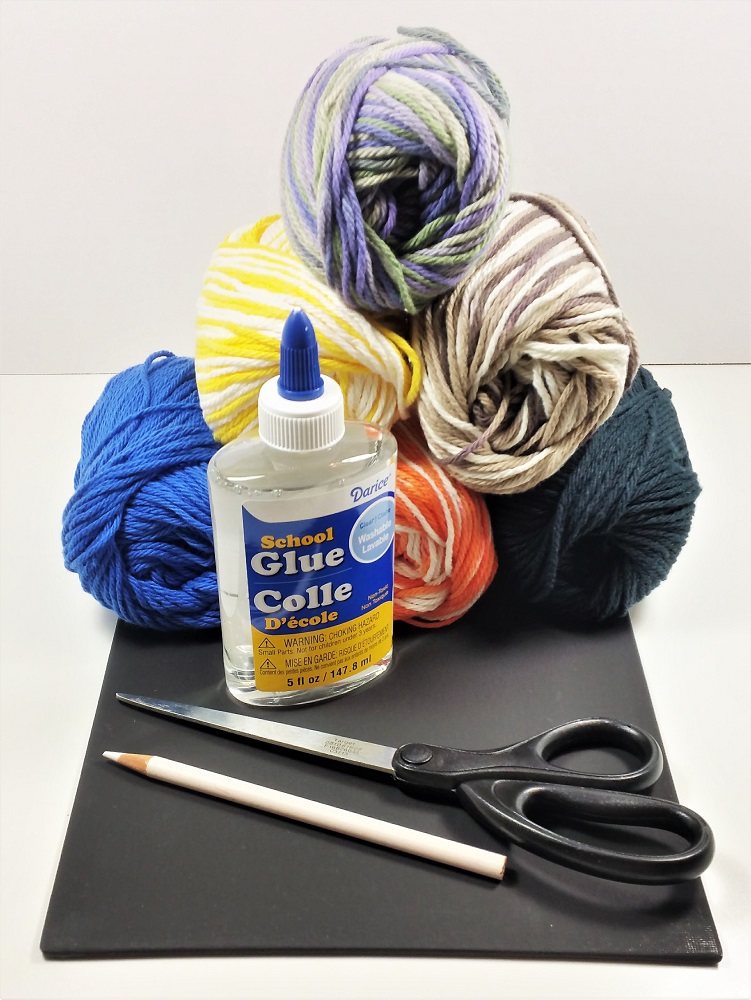 The technique used to create this art project is very simple.  It can take a little time, but I think it’s worth it when you see the results.  Just be patient! 😉

Use your white pencil to sketch the large shapes of the painting on your canvas or board.

Next, you will “paint” each area of your painting with yarn by covering the area with glue and laying the yarn in rows on the wet glue. 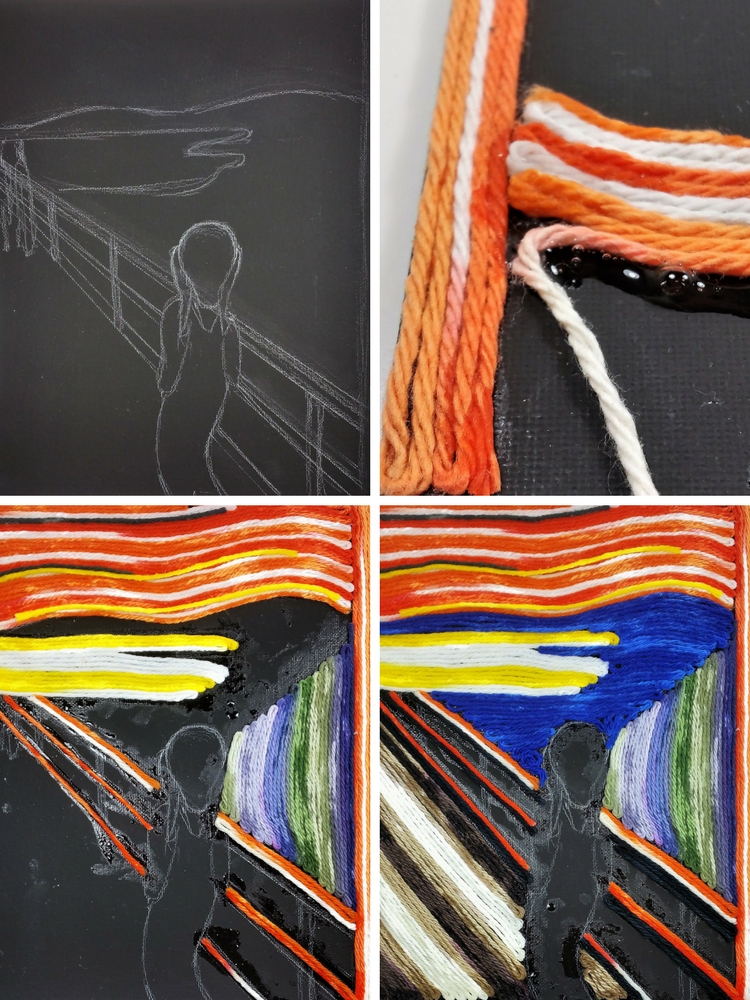 The yarn will darken slightly as it gets wet from the glue, but don’t worry it will dry clear once the painting has time to fully dry.

It’s easiest to start with the largest areas of the painting first and work your way down to the smallest.

Once you’ve finished “painting” each area with yarn, allow the painting to fully dry overnight.

For a finishing touch, you can use a black ballpoint pen to create the detail on the face of the figure.  I recommend a ballpoint pen for the details to prevent excess ink from being absorbed into the yarn. 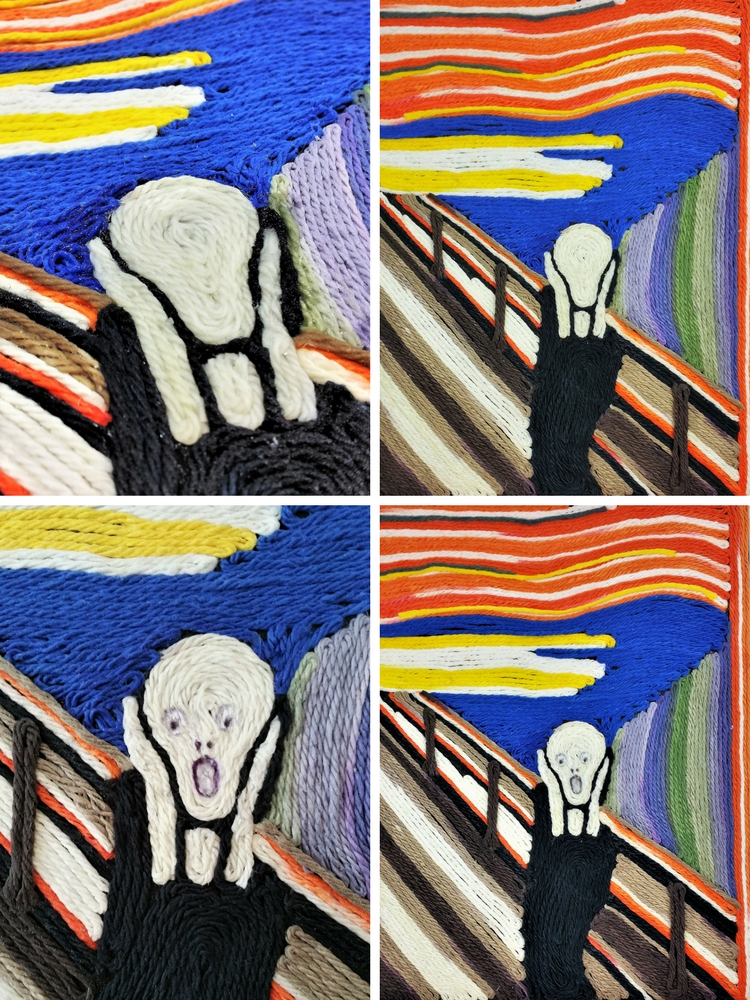 Our finished yarn painting of The Scream: 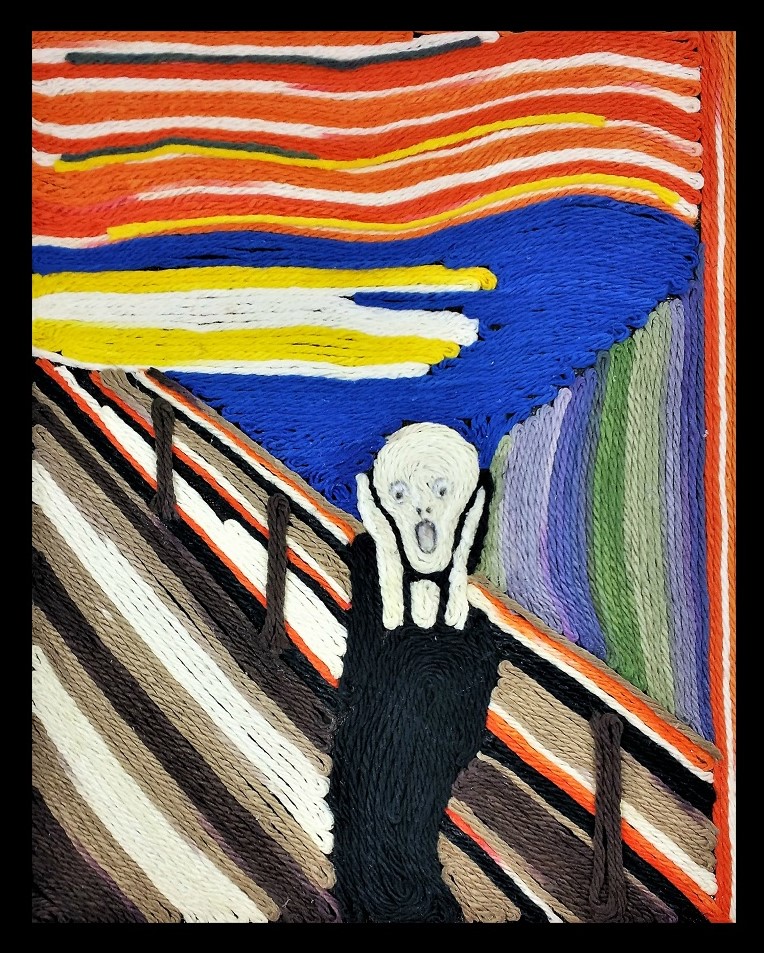 The original The Scream alongside our yarn painted version. 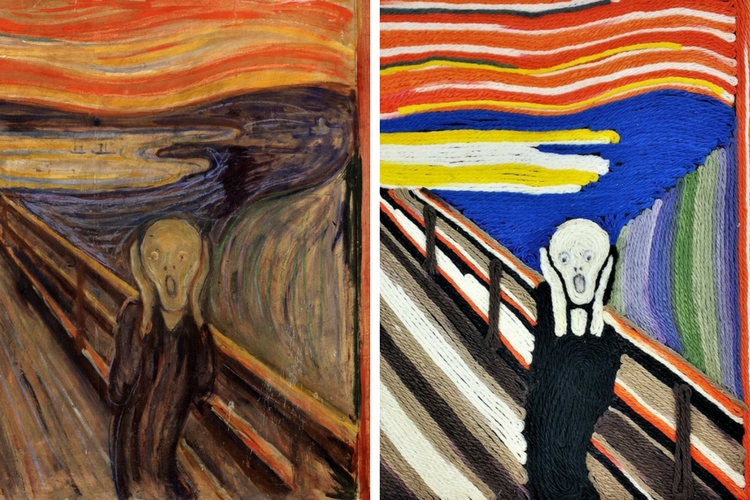