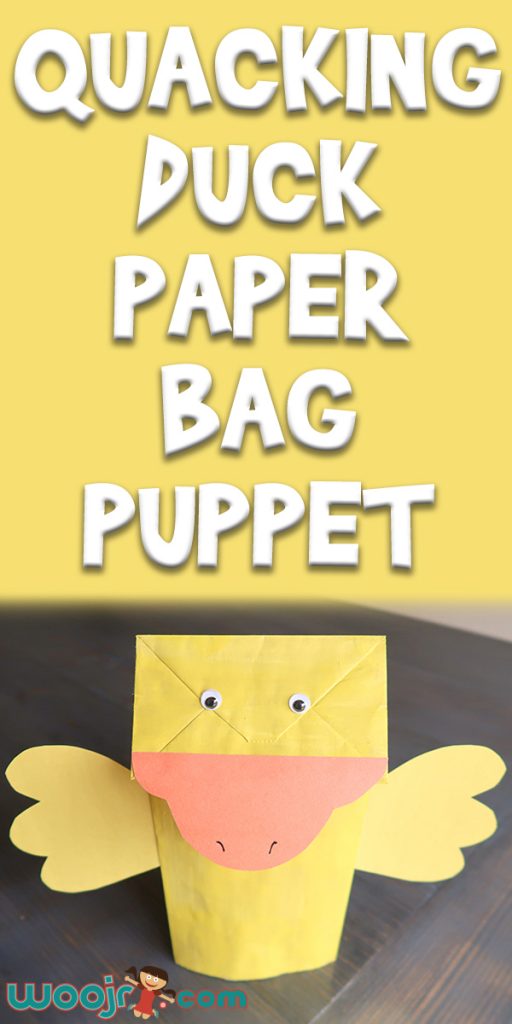 Hello everyone! This adorable Quacking Duck Paper Bag Puppet is a great little craft for your next animal themed lesson, a D is for Duck or Q is for Quack alphabet theme, or just to make for fun! Here’s what you’ll need to make this cute little duckie! 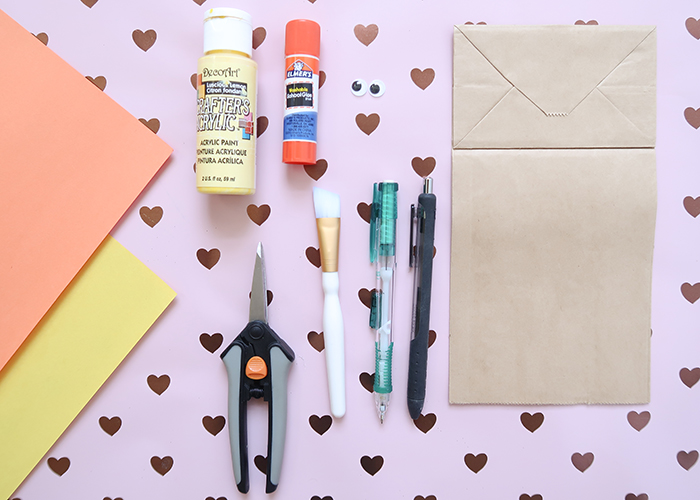 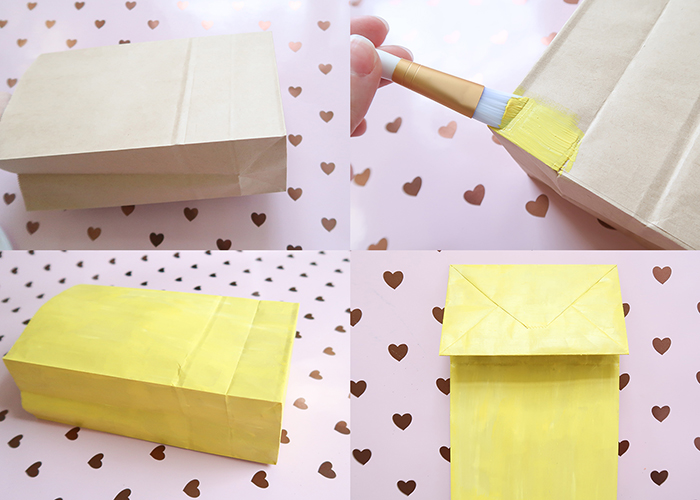 You’re going to start by opening up your paper bag, and painting the whole thing yellow! I found that the easiest way to do this was to put the bag on my non-dominant hand and move it around as I painted. Let it dry completely, and then fold it back up. If you’re doing this with a group, you can often find pre-colored paper bags to make the craft go faster. 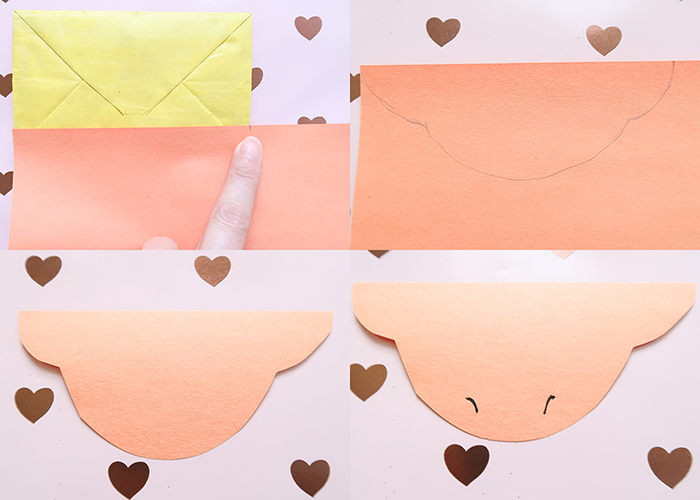 Set your piece of orange construction paper up against the paper bag, and mark the width of the bag onto the paper. Then draw a little rounded beak that is as wide as the mark you made. It looks like two small bumps with a large bump in the middle. Go ahead and cut out the beak, and then use your black pen or marker to draw two nostrils on the beak. 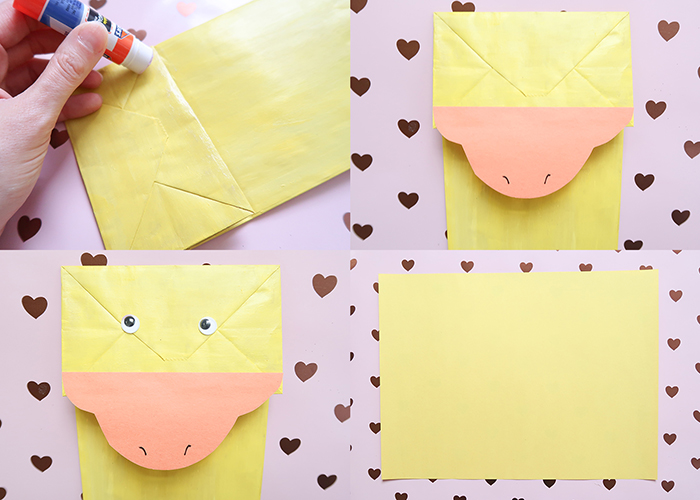 Place a thin line of glue along the bottom edge of the paper bag flap like shown, and attach the beak to the flap. See how much it looks like a duck already? Now just glue on your two little googly eyes. Next let’s make some wings. Grab your yellow construction paper. 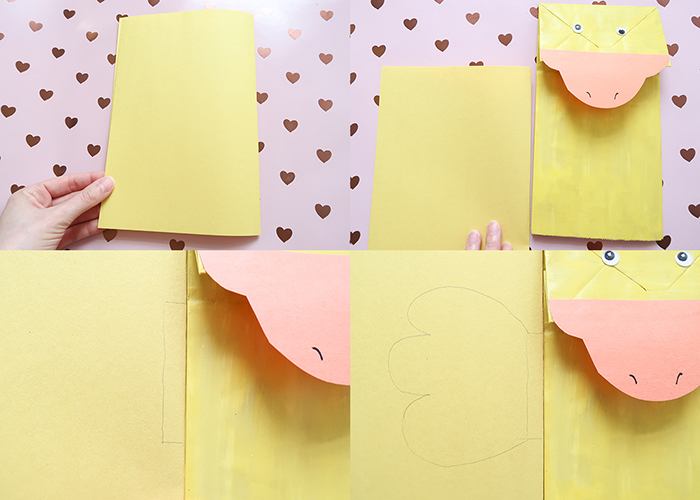 Fold the paper in half width wise, and set the folded edge next to your paper bag. Go ahead and make a little rectangle on the edge of the paper, about a half inch wide and 2.5 inches tall. This will be the tab that attaches the duckie’s wings to it’s body. Now just draw a wing coming off of that tab. A very simple duck wing can just be three little bumps, or you can draw it more elaborate if you want. 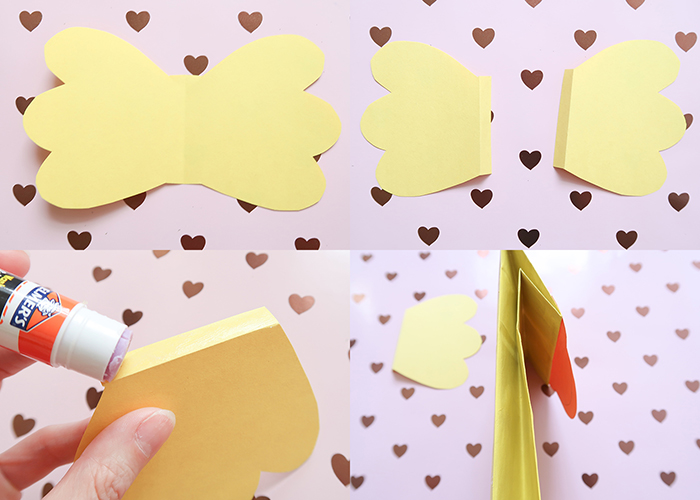 Cut out the wing, and open it up. The reason we draw it on the fold of the paper is so that we end up with two identical wings. Cut the wings apart down the fold line, and then fold the tabs back like shown. Add glue onto the wing’s tab. Set your paper bag on it’s side. See how there’s two folds? We’ll be gluing the wing tab onto the backside of the front fold. 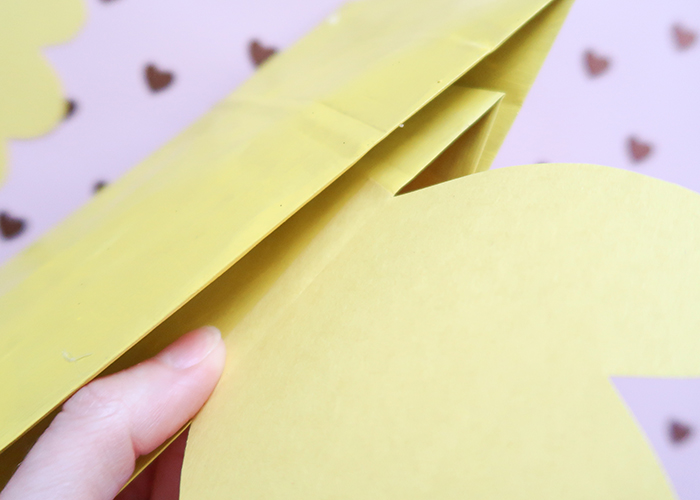 It’ll look like this from the back of your duckie. 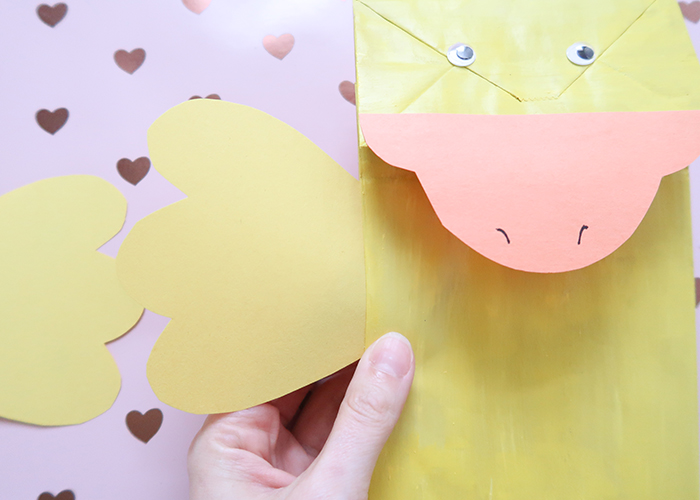 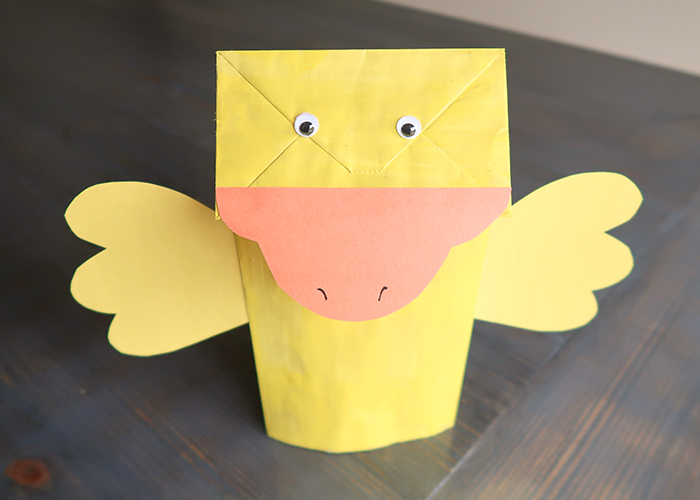 And you’re all done! I hope you have fun making this Quacking Duck Paper Bag Puppet with your little ones!