The Summer games are around the corner and our family is super excited to watch so many athletes compete for the gold. My own son has dreams of playing for the US Men’s Hockey Team, so the Olympics are a big deal in our family. When my boys were younger, we would host our own backyard Olympics. And, we also made Olympic art, like this Olympic Flame Craft Project! 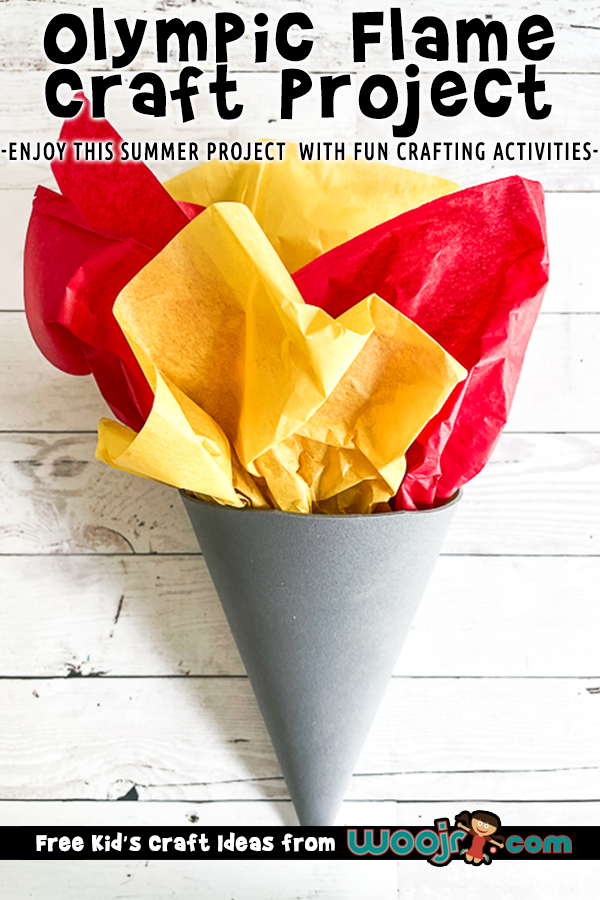 Check out our summer Olympics coloring pages and a winter set, too! 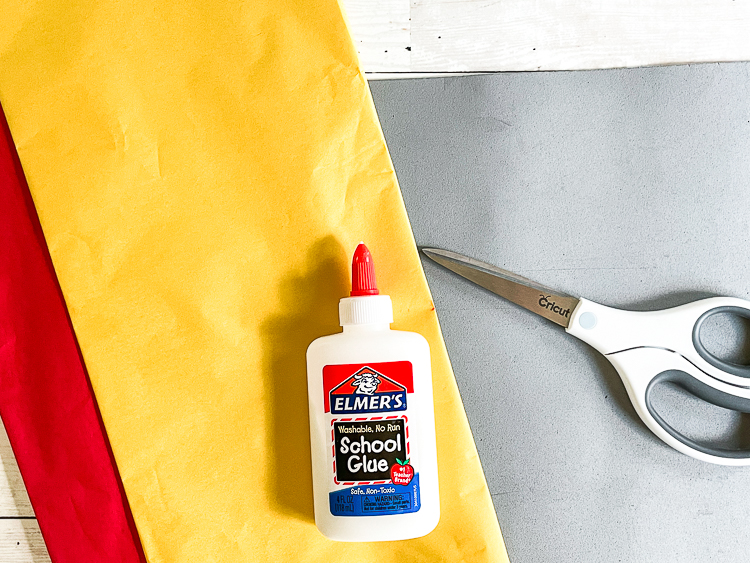 The Olympic Flame has been an important part of every Olympic Games competition since the Berlin Games in 1936. Months before the first competition is even started, the flame is lit on a torch in Olympia, Greece. The torch is then carried by notable athletes, dignitaries, and stars on a relay before finally ending at the Opening Ceremonies to signify the beginning of the Games.

Let’s get started on this Awesome Olympic Flame Craft Project! This is a great activity for kids of all ages. The stories of the Olympic Symbols are so interesting and people of all ages are sure to learn something new.

First, trace a cone shape onto the grey craft foam or construction paper. (This Simple Yarn Tree Craft has a good one)

Use scissors to cut out the cone shape. Then, glue it into a cone shape. 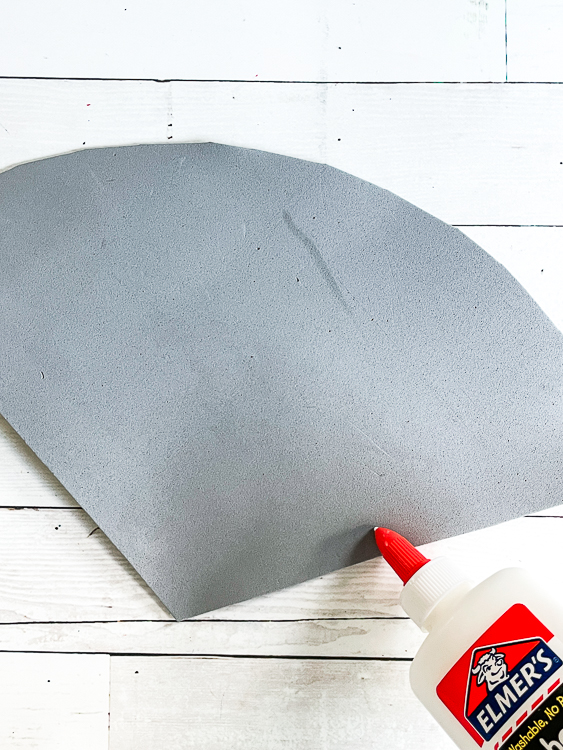 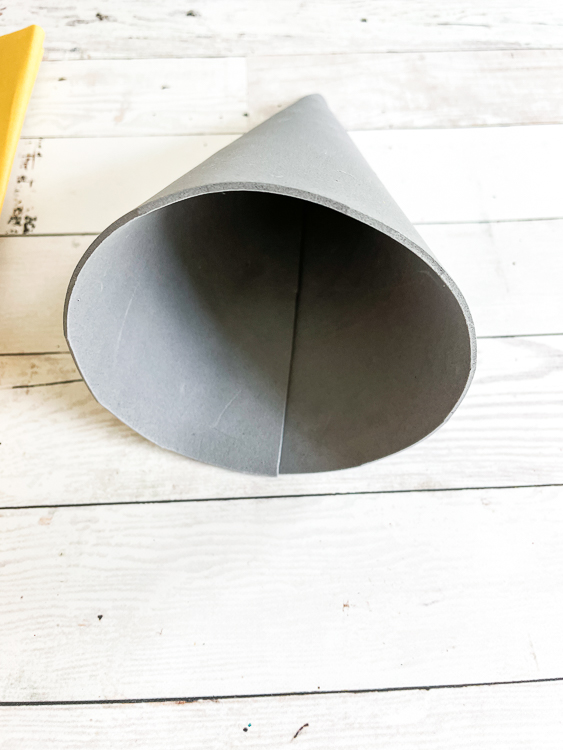 Allow the glue to dry. When we made our own Olympic Flame Craft Projects, we took this time to talk about our favorite sport during the games.

Finally, tear and twist pieces of red and yellow tissue paper and stuff them into the cone, leaving some of the “flames” poking out. 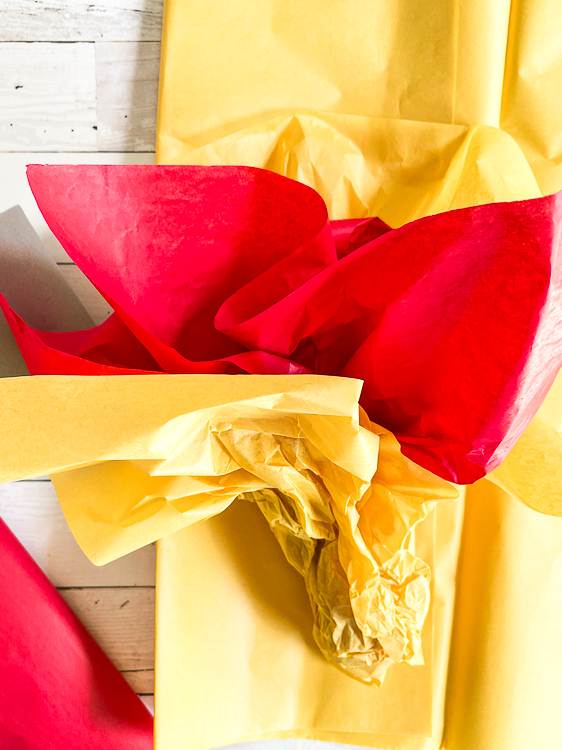 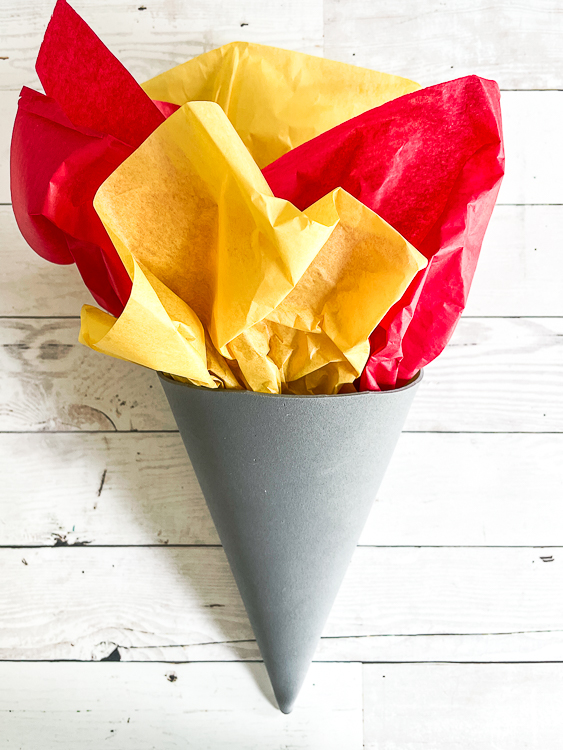 That’s it! I hope this Olympic Flame Craft Project has inspired you to learn more about the games and their history, while creating fun crafting memories with your little ones!