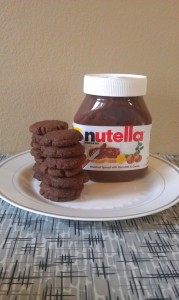 Aren’t you just freaking out right about now?!

I’m sort of in love with Nutella, so you can bet that when I came across this recipe, I was all over it!  My four-year-old and I made these during her little sister’s nap the other afternoon.  Yummy stuff.

When I found this recipe on Pinterest, the pinner said not to use the sugar.  I wasn’t so sure, so I did a batch with the sugar and a batch without and then had some friends do a taste test.  The ones where I left the sugar out were the winners.  They were also a bit easier to work with when in “dough” form. 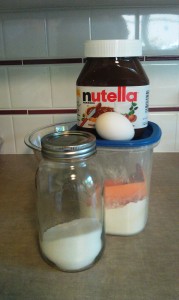 Seriously, you don’t need the sugar! 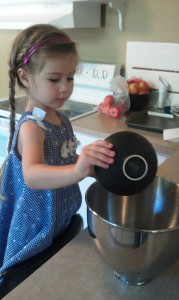 Preheat oven to 350 degrees and put your Nutella, egg, and flour in a mixing bowl. 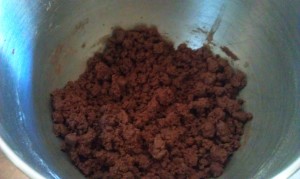 The Nutella cookie ingredients never really got to the point of being like dough. Instead, after running them through the mixer for about a minute, it was more like a shortbread dough.

Roll the Nutella dough into 1″ balls, place on a cookie sheet, and flatten. Each of our batches made about 30 cookies. 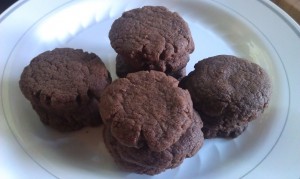 Bake your Nutella cookies for about 8 minutes. They come out looking a lot like ginger snaps but are softer.

What I Learned the Hard Way: The selflessness of motherhood apparently extends to letting someone else lick the Nutella off the spatula… 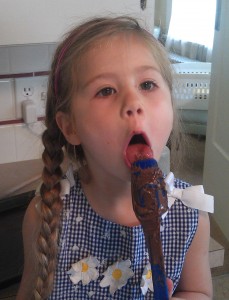