April is National Arab American Heritage Month. This month celebrates the history, culture and people that have been adding to the landscape of the United States for years. It is especially important considering the current climate in our country and hopefully a month of recognizing contributions of Arab Americans will help recognize the importance of them to America. This unit includes famous Arab Americans in entertainment and technology. In addition there is a comprehensive quiz, a word search and crossword puzzle focused on Arab American Heritage. 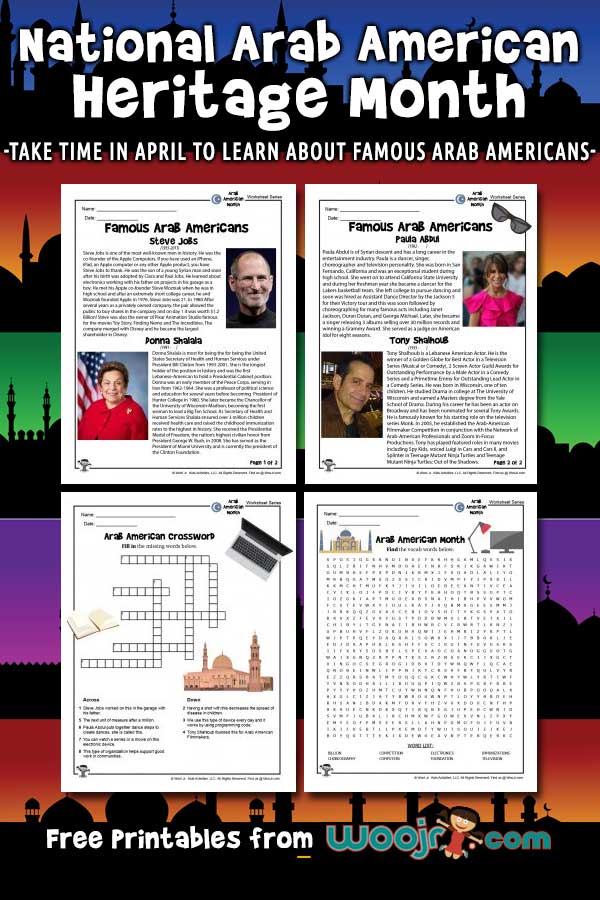 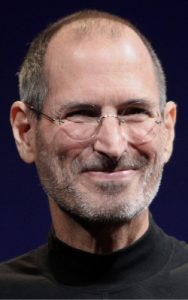 Steve Jobs is one of the most well-known men in modern history. He was the co-founder of the Apple Computers. If you have used an iPhone, iPad, an Apple computer or any other Apple product, you have Steve Jobs to thank. He was the son of a young Syrian man and soon after his birth was adopted by Clara and Paul Jobs. He learned about electronics working with his father on projects in his garage as a boy. He met his Apple co-founder Steve Wozniak when he was in high school and after an extremely short college career, he and Wozniak founded Apple in 1976. Steve Jobs was 21. In 1980 After several years as a privately owned company, the pair allowed the public to buy shares in the company and on day 1 it was worth $1.2 Billion! Steve was also the owner of Pixar Animation Studio famous for the movies Toy Story, Finding Nemo and The Incredibles. The company merged with Disney and he became the largest shareholder in Disney. 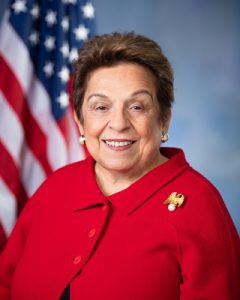 Donna Shalala is most for being the for being the United States Secretary of Health and Human Services under President Bill Clinton from 1993-2001. She is the longest holder of the position in history and was the first Lebanese-American to hold a Presidential Cabinet position. Donna was an early member of the Peace Corps,serving in Iran from 1962-1964. She was a professor of political science and education for several years before becoming  President of Hunter College in 1980. She later became the Chancellor of the University of Wisconsin-Madison, becoming the first woman to lead a Big Ten School. As Secretary of Health and Human Services Shalala ensured over 3 million children received health care and raised the childhood immunization rates to the highest in history. She received the Presidential Medal of Freedom, the nation’s highest civilian honor from President George W. Bush, in 2008. She has served as the President of Miami University and is currently the president of the Clinton Foundation. 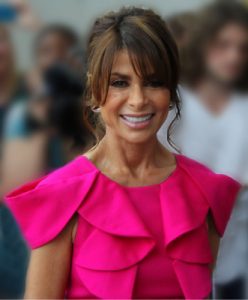 Paula Abdul is of Syrian descent and has a long career in the entertainment industry. Paula is a dancer, singer, choreographer and television personality. She was born in San Fernando, California and was an exceptional student during high school. She went on to attend California State University and during her freshman year she became a dancer for the Lakers basketball team. She left college to pursue dancing and soon was hired as Assistant Dance Director by the Jackson 5 for their Victory tour and this was soon followed by choreographing for many famous acts including Janet Jackson, Duran Duran, and George Michael. Later, she became a singer releasing 3 albums selling over 30 million records and winning a Grammy Award. She served as a judge on American Idol for eight seasons. 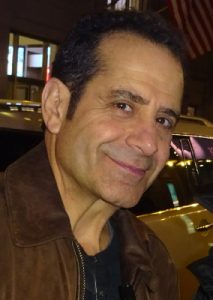 Tony Shalhoub is a Lebanese American Actor. He is the winner of a Golden Globe for Best Actor in Television Series (Musical or Comedy), 2 Screen Actor Guild Awards for Outstanding Performance by a Male Actor in a Comedy Series and a Primetime Emmy for Outstanding Lead Actor in a Comedy Series. He was born in Wisconsin, one of ten children. He studied Drama in college at The University of Wisconsin and earned a Masters degree from the Yale School of Drama. During his career he has been an actor on Broadway and has been nominated for several Tony Awards. He is famously known for his starring role on the television series Monk. In 2005, he established the Arab-American Filmmaker Competition in conjunction with the Network of Arab-American Professionals and Zoom In-Focus Productions. Tony has played featured roles in many movies including Spy Kids, voiced Luigi in Cars and Cars II, and Splinter in Teenage Mutant Ninja Turtles and Teenage Mutant Ninja Turtles:Out of the Shadows. 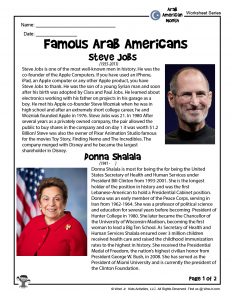 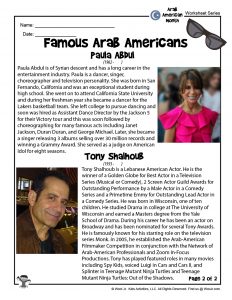 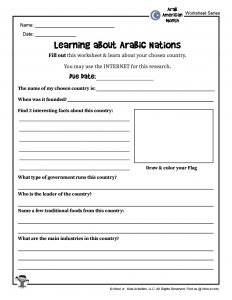 Vocabulary Words – There are some challenging vocabulary words related to the famous Arab Americans that are highlighted in this unit. A quiz and word search using these words will help children retain these words: 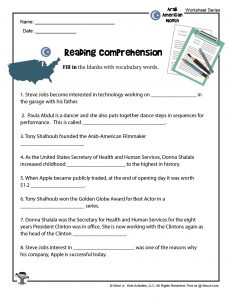 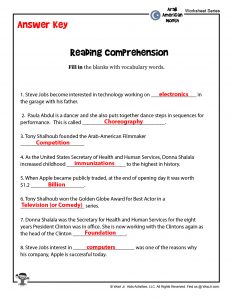 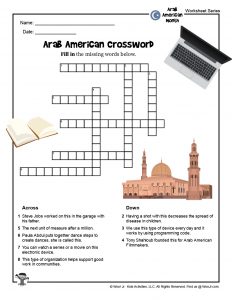 How to Teach Kids About Arabic Countries 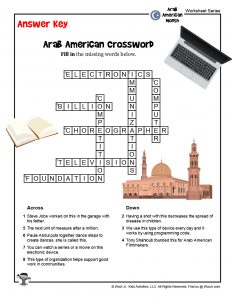 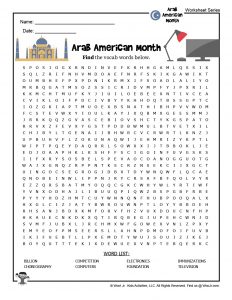 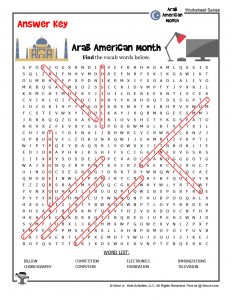 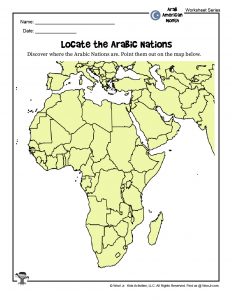 Bring out the crayons, pencils, and construction paper! The flags of the Arab nations are gorgeous! Have each child recreate one (or more) national flag that they are attracted too. Have them learn one or two facts about the country and share it with the class. 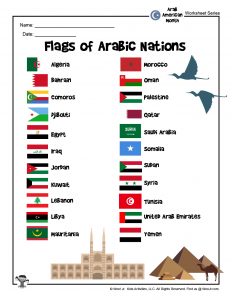 Steve Jobs was one of the innovators who made personal computers available to everyone. Have a discussion about how the students lives would be different without access to computers – smartphones, tablets, laptops and desktops.

Computers operate by utilizing code that makes them run and do tasks that we direct them to do. Have each child explore coding by visiting websites/apps that are designed to introduce children to programing. Some examples include Tynker, Lightbot and Kano.

Renée is the former director of a Georgia statewide early childhood literacy program and the mother of a nine year old son. She has been a blogger for eight years

View all articles by Renee Ross