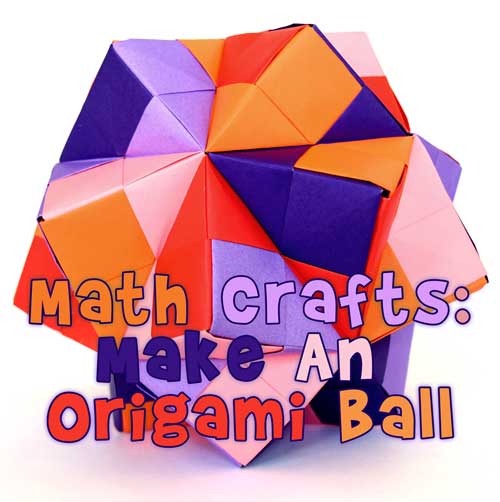 I’m super-excited about posting this STEAM project today (science, technology, engineering, ART, and math). Because this isn’t one of my projects – it’s made by my teenage son! He has LOVED origami since he was in grade school, and even now as a junior in high school will still take on challenging paper folding projects just for fun (especially when he is bored on summer break!). Just this week he made a super-intricate origami dragon that took him almost an hour to complete. That’s a serious boredom-buster activity!

This origami ball is very easy, but takes a little patience. Kids have to make 30 pieces to assemble into the geometric ball. Here’s our latest video from our YouTube channel, starring my son the origami king!

You’ll need 30 pieces of origami paper (best deal I’ve found is this), we used standard 15 cm square pieces (which is about 5 7/8″ inches). You can use whatever colors you want, or all one color. We used 5 colors, and made six pieces of each.

Start by folding the square in half diagonally, making a full fold, and then again in the other direction diagonally, just pinching the middle crease to determine the center of the square. These are valley folds! 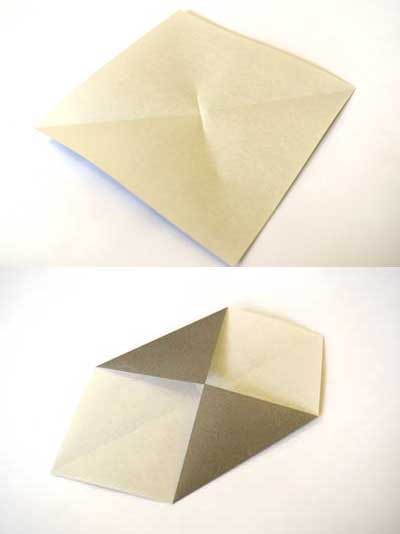 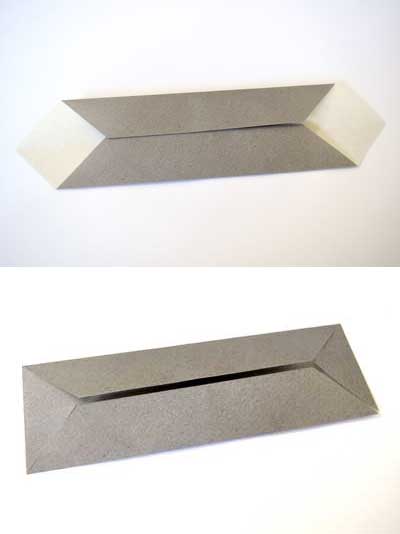 Fold the outside corners in so that all the white side is covered, see above. Now fold each end in opposite directions, making a sharp pointed corner on each end of the piece as shown below: 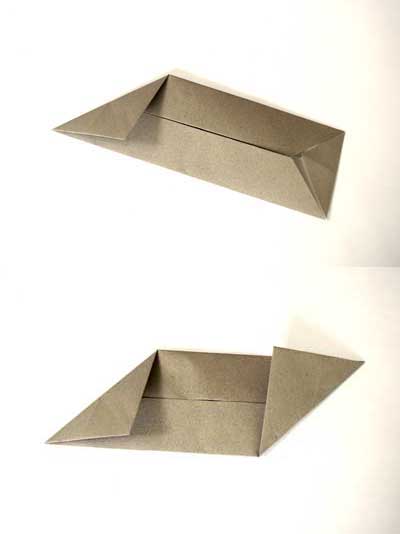 Next simply open up the existing folds slightly to tuck the corners you just made into the inside of the piece, as shown below: 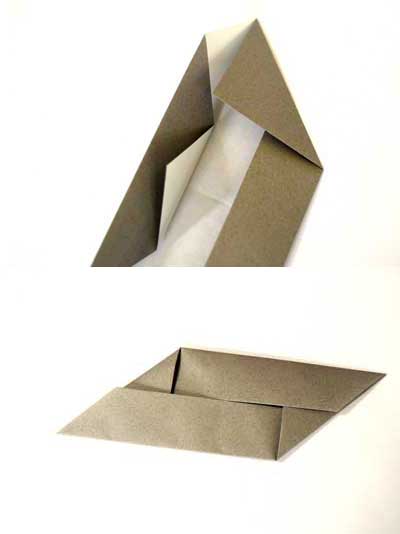 Now flip it over and fold those corners into the center of the piece. Do this on both ends, even though only the first one is shown below. The second fold is shown in the following photo. Valley folds again! 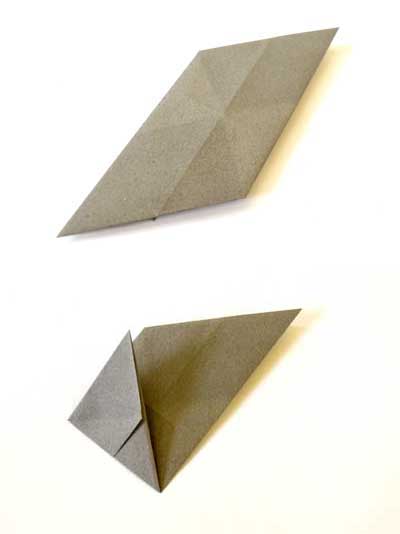 Now you have a square again, and fold it backwards along the open diagonal – this is the only mountain fold you’ll do on this piece. 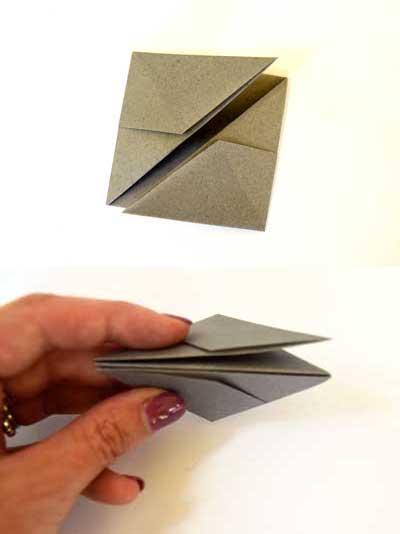 Once you put it down, it looks like this, top view and bottom view: 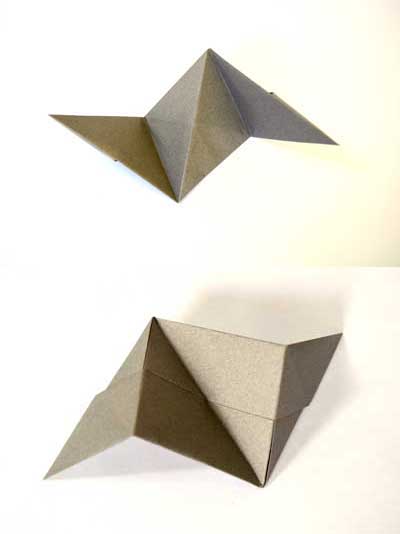 You might also be interested in this DIY paper boat origami craft that can easily be turned into a STEM project.