This is a slightly more personal post that I don’t normally write on Woo! Jr. But if you want to skip my big announcement and just get to the plush softie patterns, they are below!

Some of you may have noticed that lately I haven’t been posting very frequently, that our newsletters haven’t been going out, and in general, things have been mostly quiet on Woo! Jr. I’m happy to say that it has been due to (mostly) very awesome reasons! (The not so awesome reason is that my brand new laptop is still getting “repaired” after almost a month. But I digress…)

Anyways, I’m kind of rather spectacularly proud of the fact that my first book, Mom Blogging for Dummies, is pretty much done and is getting ready to go to press! It is coming out this July – squeee! 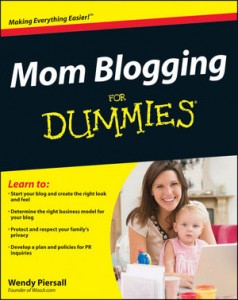 Mom Blogging for Dummies by ME!

Let me just say that writing a book is way more work than you probably think it is.

No. More work than that.

It pretty much took up every spare second of my time (and then plenty more hours on top that didn’t fall into the ‘spare time’ category). The lovely and talented Lorna Doone Brewer has been keeping you entertained with projects while I’ve been busy, and I’m happy to say she will continue to do so even now that the book is complete. Over the next week or two I’ll be getting back into the swing of things around here, and more regular posting shall commence!  If you can’t wait for the book release, you might want to pre-order Mom Blogging for Dummies now just to make sure you’re the first on your block to get a copy!

As satisfying as it was to write a book, it was also a little draining. Mostly this was due to the fact that without any of the aforementioned “spare time”, I was unable to do any sewing, crafting, or creative projects for about 4 months. I know, right? I kind of went bonkers. So this last week I blew off many overdue side projects, emails, and important communications to replenish my creative soul (sorry to those who are still waiting for emails – that’s next on my list, promise!). What did I do? I sewed. As in, sewed so much that I actually got sore from it. I promised myself I would make my first quilt when I was done with the book, which I did – it’s almost complete!

But this last weekend was the really fun part of getting my creativity back – I sewed softies!! 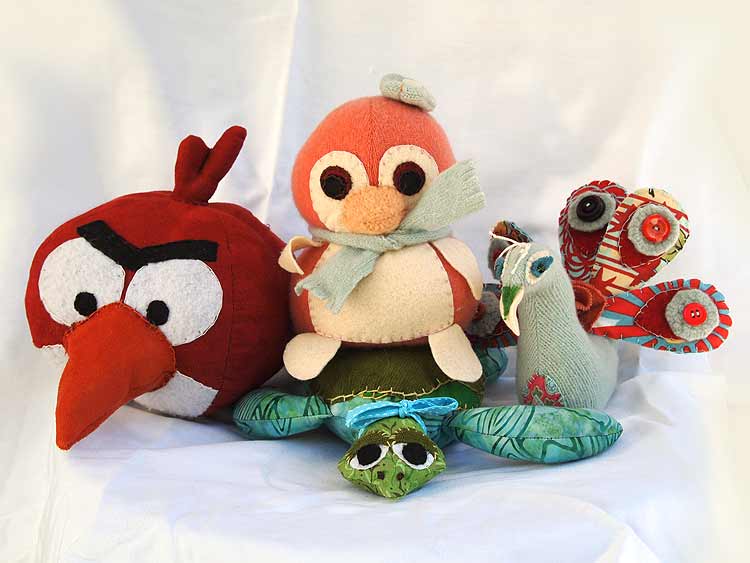 I just have to say, sewing softies (Stuffies? Plushies?!) is rather addicting. I made one for myself, then went on to make one for each of my kids, too. None of the patterns are mine, but I’ll show you where to get all of them: 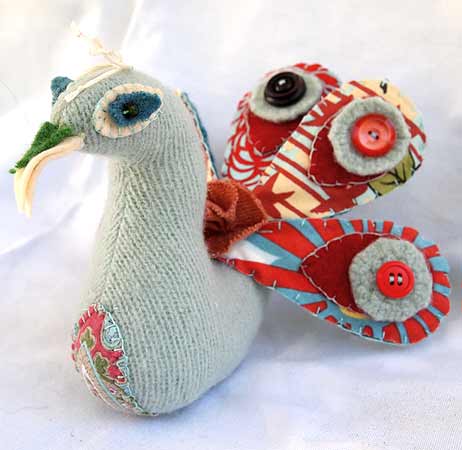 I bought the book Little Birds based solely on the fact that I saw this peacock on the Stash Books Blog (eye candy alert) and literally HAD to make one for myself immediately. He is proudly perched in my craft room now, and I get happy just looking at him. I mean, who wouldn’t be happy looking at this adorable thing?? 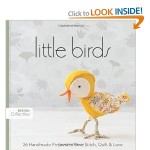 Pikku the Penguin from the book Little Birds 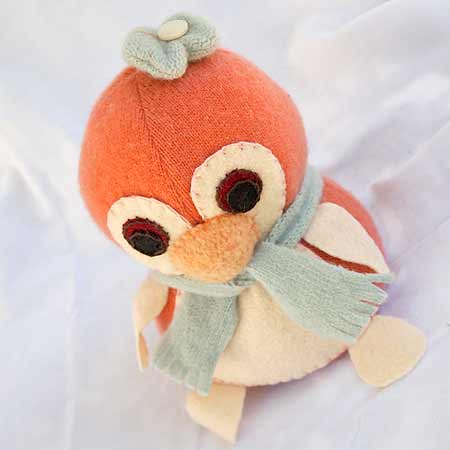 So, have you ever bought a book based on one awesome project, only to find that the rest of the book is only mediocre? Well, that’s NOT the case with Little Birds. I have plenty of work-related catching up to do this week, and I’m having to talk myself out of making more birds. That sounds really odd when I say it out loud…

Anyways, this little penguin was adorable and perfect for my youngest daughter. I made it out of a recycled cashmere sweater, so the resulting toy is beyond soft and cuddly. I had a hard time giving this little one up. 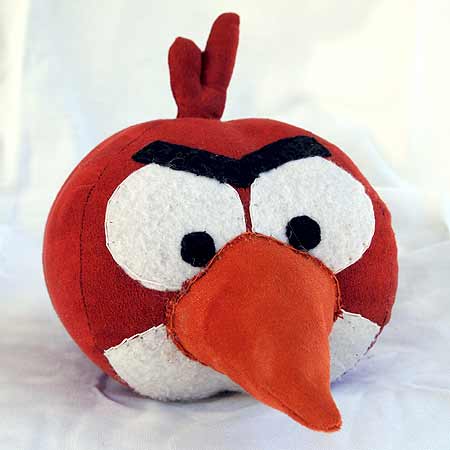 My son wasn’t quite as impressed with the rather girly-girl birds in the first book. So we went over to Obsessively Stitching, where Care has created sewing patterns for all the Angry Birds and green pigs, too! My son had the hardest time deciding which one he wanted me to make for him (complicated further by the next book – you’ll see what I mean). But he was kind of ecstatic when I was done with this. He’s not usually into stuffed animals, but his love of the Angry Birds game outweighed his usual disdain for softies.

Asp Turtle from the book Beasties

I have to admit, this pretty darn adorable turtle isn’t entirely representative of the things you’ll find in Diana Schoenbrun’s Beasties book. My oldest daughter is a turtle lover, so I used the pattern but made it extra cute (don’t you agree?!). The book, however, is filled with softie patterns that can be truly called “Beasties” – a cyclops, werewolf, Loch Ness monster, aliens, a yeti, and some truly strange creatures that pretty much defy explanation. This book was filled with so many cool monsters to make that my son asked if he could make one all on his own. Yep, an 11 year old boy asked me to teach him to sew because of this book. 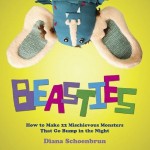 So, that’s where I got the stuffed animal patterns to make my own softies. You may see another post like this in the near future – but I promise I have to get caught up on emails first. 🙂

But I did get a free copy of Beasties to review late last year. I feel pretty bad it’s taken me so long to write something about it! I bought the other book with my own hard-earned pennies. 🙂