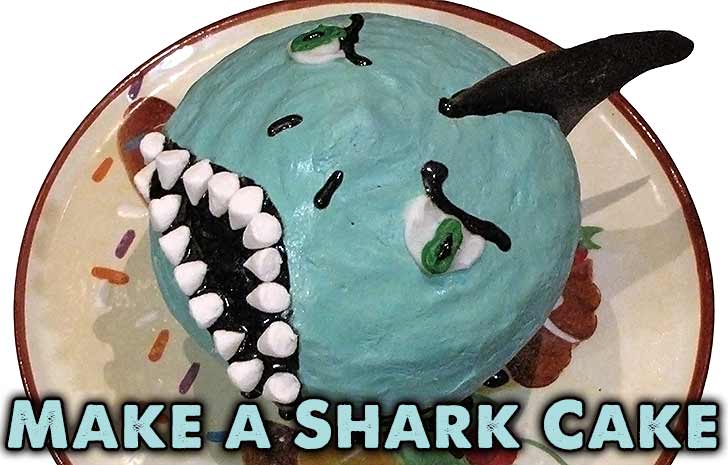 How to Make a Shark Cake

I made this shark birthday cake for my daughter waaayyyy back in 2009 – and when I realized Shark Week is coming up soon, I remembered that I had never posted about it! This cake is fairly easy to make, but requires one specialized pan (that you will be able to use for a ton of other occasions) – a large cupcake cake pan: 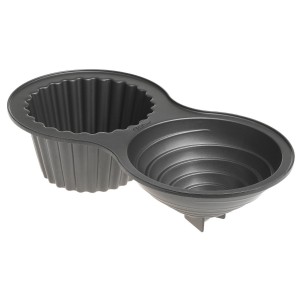 For evidence as to how versatile this cake pan is, you can see this black cat Halloween cake I made for my other daughter’s birthday from the same cupcake cake mold: 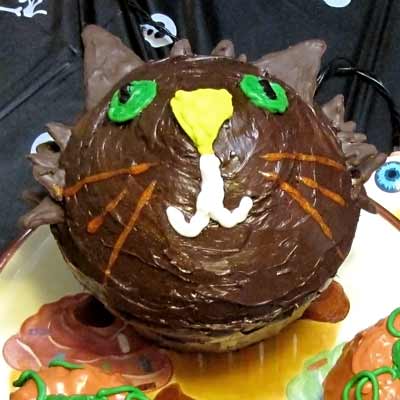 How to Make a Shark Cake

First, bake your cake in both the top and bottom parts of the cupcake cake pan, and allow to cool completely. Plus, make your white frosting if you aren’t using store bought frosting.

Frost the entire cupcake – top and bottom – with the turquoise frosting.

Now put the cake in the fridge for a couple of hours to get the frosting to set up well.

Take the cake out and use some Saran/cling wrap to press down on all parts of the frosting all over the cake. This will give the frosting that glossy smooth finish to look like shark skin – this was my way of trying to get the look of fondant without messing with fondant!

Add the green food coloring to a tiny bit of frosting to make the eyes. 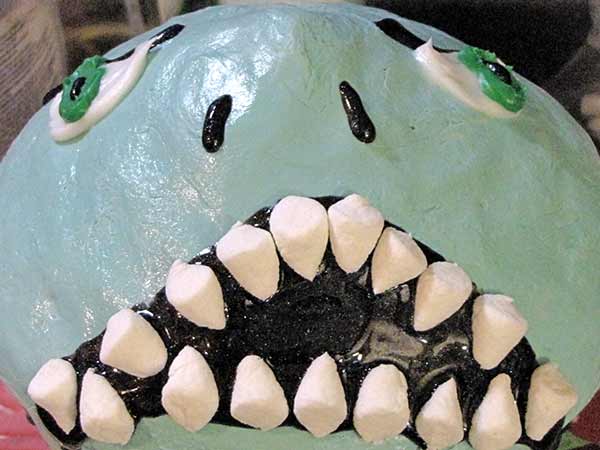 To make the shark teeth, cut up mini marshmallows diagonally to make the pointy tooth shapes, like this, and then place them around the mouth as shown. 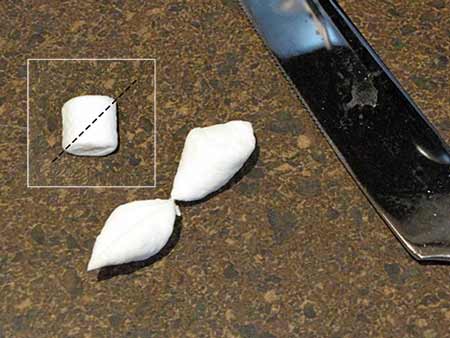 To make the shark fin, melt some chocolate chips in the microwave – usually just 1-2 minutes will do the trick. Put it into a plastic sandwich or ziplock bag and cut off a corner to make a simple cake decorating bag. Pipe the melted chocolate into the shape of a shark fin onto a piece of foil. Let it cool completely until it is solid again. 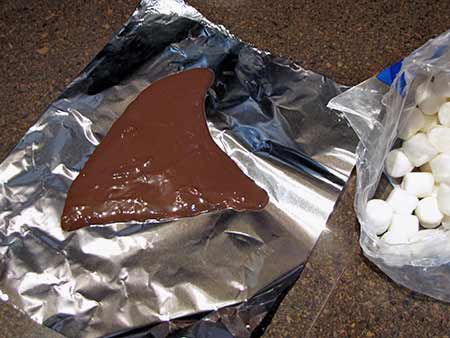 Making the shark fin out of melted chocolate

Since the fin is a bit fragile, you’ll want to pre-cut a slit in the cake and push the fin into the opening: 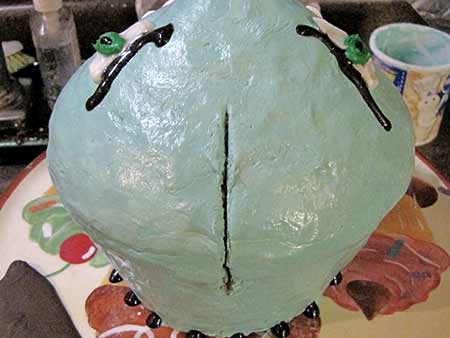 Attaching the fin to the shark cake

I found that this held the fin well, but looked a little sloppy. So I simply covered up the mess with a line of more black icing around the base of the fin.

These paper plate shark jaws are the perfect party craft for your shark-themed celebration!