Today’s collection of Letter S worksheets & crafts was the easiest one to pull together of all of them! Letter S is e-v-e-r-y-w-h-e-r-e! Check out our whole Alphabet Letter Activities series – we’re adding new letters every week, but we’re almost done! 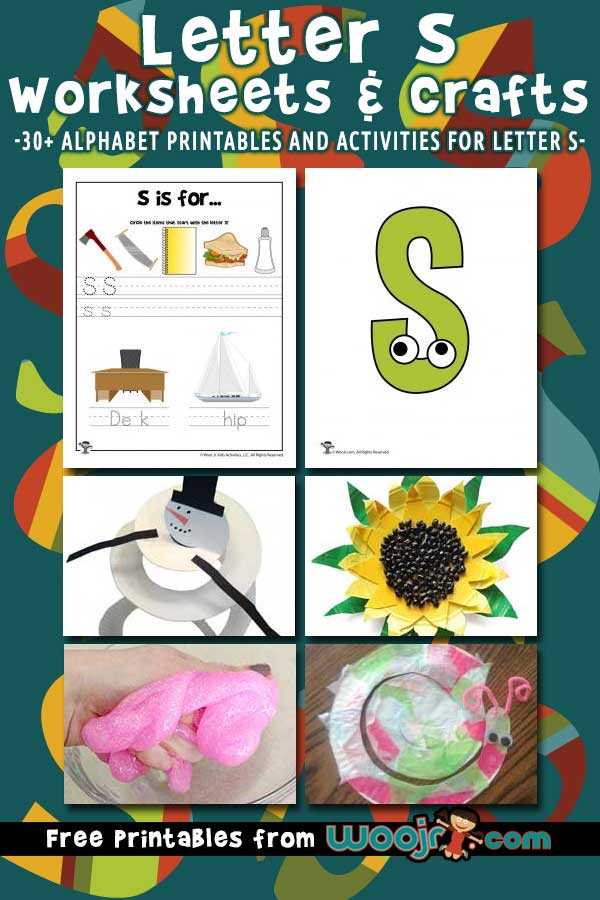 4 cute and easy Letter S crafts, 3 of them made from paper plates! Make a Snowman mobile, Sunflower, or Snail. Or grab some glitter glue to make our Slime recipe! 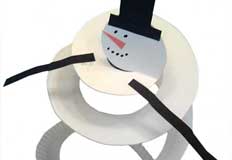 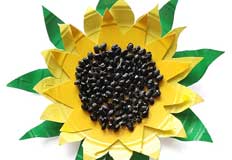 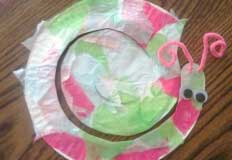 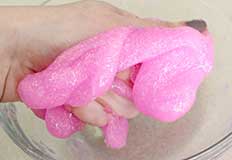 Color, cut and glue the Snake parts onto the Letter S. Or print out the Skeleton mask for some Spooky fun! 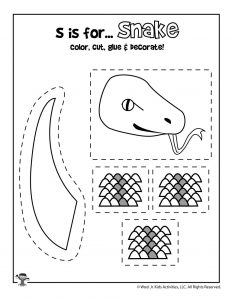 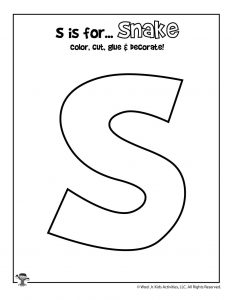 I seriously couldn’t believe that we actually were able to get a poem ABOUT the Letter S for this series – how cool is that?! We’ve also included 3 more about S words: Stars, School and Shamrocks. 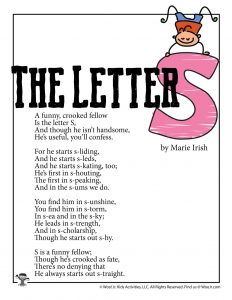 The Letter S Poem for Kids 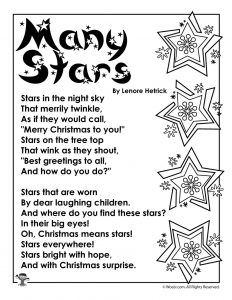 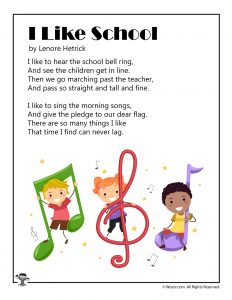 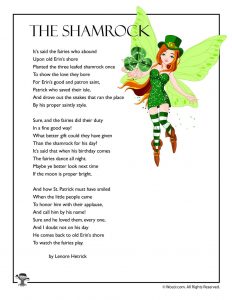 S can be a tricky letter to write for first-timers, so here are six letter practice worksheets to let students trace the Letter S over and over again. 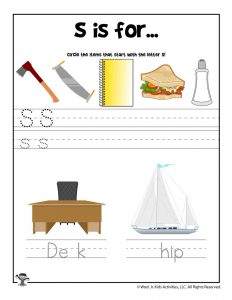 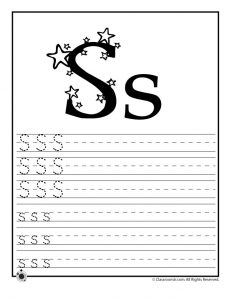 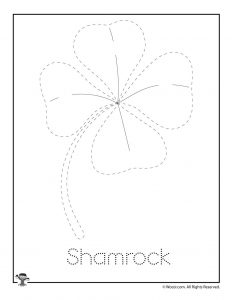 S is for Shamrock Word Tracing 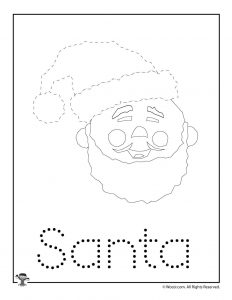 S is for Santa Word Tracing 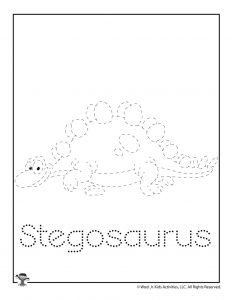 S is for Stegosaurus Word Tracing 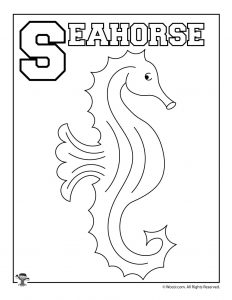 S is for Seahorse Coloring Page

S is for Santa Coloring Page

S is for Surfer Coloring Page 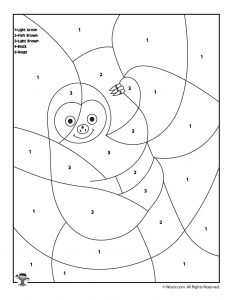 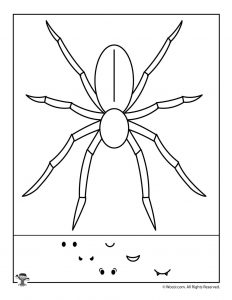 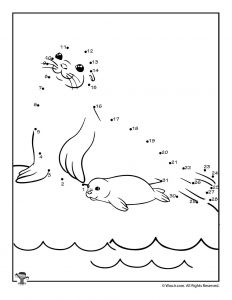 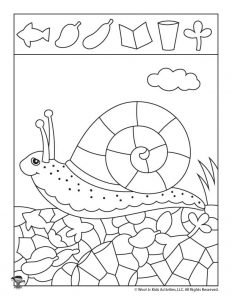 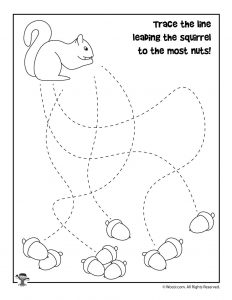 S printables to Show off how Special it is to See the Letter S! 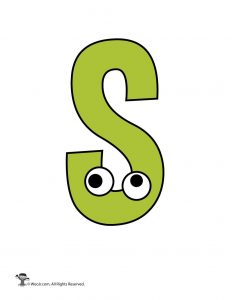 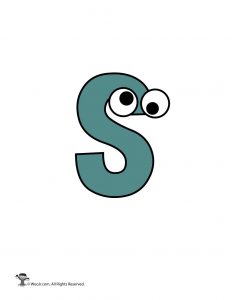