With the Summer Olympics approaching, we thought it timely to share this mini lesson on learning about the history of the Olympics. This history lesson is created to help introduce the origins of the Olympics and includes supplemental worksheets for your students. 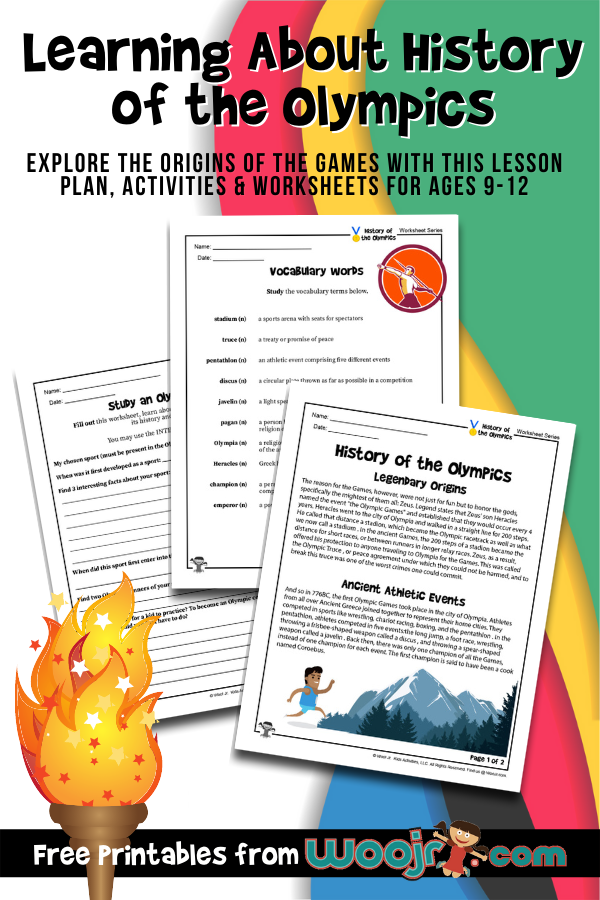 You might also enjoy our winter Olympics and summer Olympics bingo games!

The reason for the Games were not just for fun but to honor the gods, specifically the mightiest of them all: Zeus. Legend states that Zeus’ son Heracles named the event “the Olympic Games” and established that they would occur every four years. Heracles went to the city of Olympia and walked in a straight line for 200 steps. He called that distance a stadion, which became the Olympic racetrack as well as what we now call a stadium. In the ancient Games, the 200 steps of a stadion became the distance for short races, or between runners in longer relay races. Zeus, as a result, offered his protection to anyone traveling to Olympia for the Games. This was called the Olympic Truce, or peace agreement under which they could not be harmed, and to break this truce was one of the worst crimes one could commit.

And so in 776BC, the first Olympic Games took place in the city of Olympia. Athletes from all over Ancient Greece joined together to represent their home cities. They competed in sports like wrestling, chariot racing, boxing, and the pentathlon. In the pentathlon, athletes competed in five events: the long jump, a foot race, wrestling, throwing a frisbee-shaped weapon called a discus, and throwing a spear-shaped weapon called a javelin. Back then, there was only one champion of all the Games, instead of one champion for each event. The first champion is said to have been a cook named Coroebus.

The End of the Ancient Games

The Olympic Games gained importance over many years, reaching their height of popularity around 500BC. After that, however, the Romans started gaining more and more power over Greece and the Games became less and less important as a result. No one is quite sure when the last of the ancient Games were held. It might have been in 393AD, when the Roman Emperor Theodosius I outlawed all Greek religious cults and their traditions because they were pagan. Rome no longer believed in the old gods and goddesses like Greek still did, so the Greek traditions were considered “pagan.” The very next emperor, Theodosius II, ordered the destruction of every pagan temple in Greece in the year 426AD, the last year the Olympic Games could have possibly existed in Ancient Greece. The next Olympic Games wouldn’t be until 1894 — over 1,450 years later. 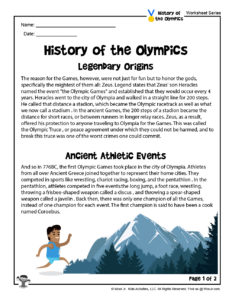 History of the Olympics Lesson Plan 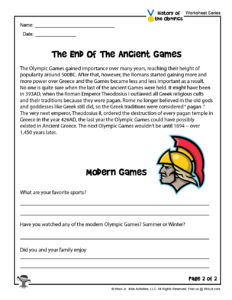 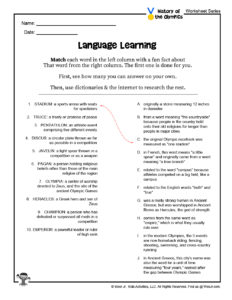 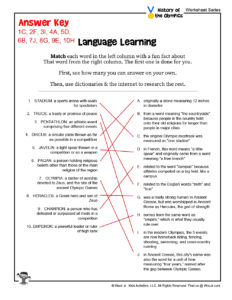 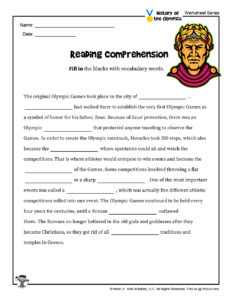 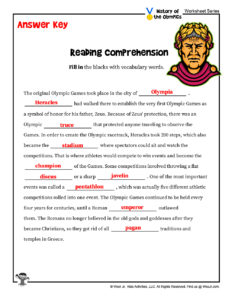 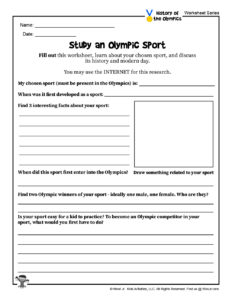 Learning About History of the Olympics – Vocabulary Words

STADIUM:  a sports arena with seats for spectators
TRUCE:  a treaty or promise of peace
PENTATHLON: an athletic event comprising five different events
DISCUS:  a circular plate thrown as far as possible in a competition
JAVELIN:   a light spear thrown in a competition or as a weapon
PAGAN:  a person holding religious beliefs other than those of the main religion of
the overall region
OLYMPIA:  a religious center devoted to the worship of Zeus and the site of the
ancient Olympic Games
HERACLES:  Greek hero and son of Zeus
CHAMPION:  a person who has defeated or surpassed all rivals in a competition
EMPEROR: a powerful leader or ruler of high rank 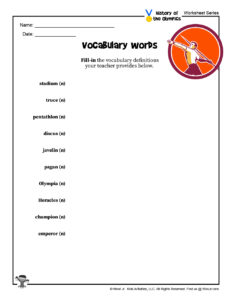 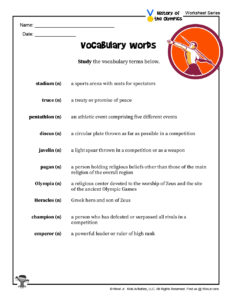 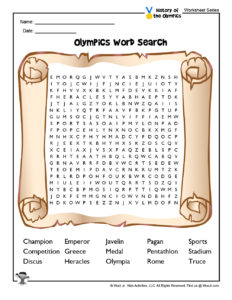 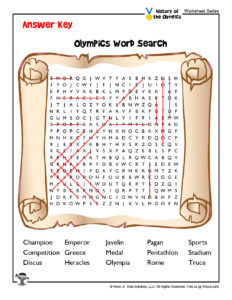 Instructions:
Divide the class into small groups of 2-4 students each. Instruct each group to come up with 5 athletic events for a brand new Pentathlon. These may be simple exercises, sports that
already exist but are not in the Olympics, or a brand new exercise/sport of their own creation!
*BONUS: Go outside or to the gym and try out some of their ideas! Make sure to pick at least 1-2 ideas from each group.*

Discussion Questions on Learning About History of the Olympics

1. In what ways are the modern Olympics similar to the ancient Olympics? (e.g., athletes represent different places; athletes compete against each other; races)

2. What are some of the differences between the ancient Olympics and the modern Olympics? (e.g., types of events; takes place all over the world; nothing to do with the
Greek gods)

3. The Romans got rid of the ancient Olympics’ “pagan” traditions. What traditions do we have in the modern Olympics? (e.g., lighting the torch, playing the champion’s national
anthem, handing out medals, opening/closing ceremonies, national uniforms)

4. In ancient Greece, the Olympic Games were meant to honor and celebrate the gods, especially Zeus. What do we celebrate or honor in the modern Olympics? (e.g., global unity, our country/nation, sportsmanship/athleticism) 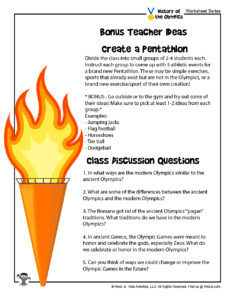 We hope this lesson on learning about the history of the Olympics is helpful tool to add to your teaching toolbox.

View all articles by Cameon Galli