Where does Halloween come from?  Each year on October 31st, Halloween kicks off the fall and winter holiday season. But did you know that this holiday didn’t start in the United States? Read on to learn more! This mini-lesson explores the history of Halloween for kids ages 9 to 12. 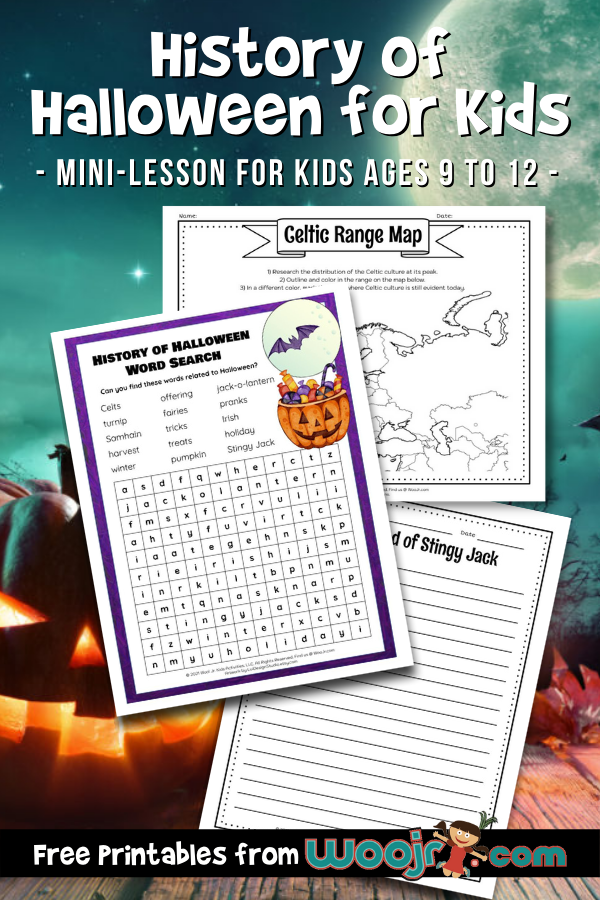 It Started with the Celts

Halloween began around 2000 years ago across the sea with the Celts in Ireland and Scotland. The Celts dominated western and central Europe during the late Bronze Age and the Iron Age. Some of these nomadic warriors settled in the British Isles and inhabited them for centuries. In fact, traces of their language, traditions, and culture can still be seen.

One of their religious festivals was Samhain. It celebrated the end of the harvest and marked the beginning of winter. The holiday was observed on November 1st, but celebrations began on the evening of October 31st. Why? Because a Celtic day began and ended at sunset, not midnight! To celebrate, families played games and other festivities. This custom endured for centuries, especially in Ireland and Scotland.

Costumes and Treats… for Protection!

The Celts believed (as did many other cultures) that spirits were able to walk the Earth during the night on Samhain. So people often left “offerings” of meals and sweets outside their homes and towns to appease these spirits and dissuade them from hurting or playing tricks on individuals or their property.

They also believed in mischievous fairies that would kidnap a person. To protect themselves, people would dress up as animals or monsters to trick the fairies into leaving them alone.

In the 1800s and early 20th century, Irish immigrants brought these beliefs and traditions with them to the United States. But it wasn’t until after World War II that the traditions we now associate with Halloween really began to spread across the country.

The children of Irish immigrants quickly became master pranksters here in the States. From soaping windows to setting farm animals free to vandalism, their pranks became meaner and sometimes dangerous.

Exasperated adults tried to stop the pranks, but it wasn’t until the 1950s and 60s that parents began embracing trick or treat and focusing the holiday on younger children in costumes. Food and candy companies jumped on the opportunity to sell more for a national holiday. They spent money on advertising to promote the idea of trick or treating.

Today, trick or treating has new forms (for example, fall festivals and trunk-or-treat), but it is firmly a part of American culture.

Help your students better understand the origins of Halloween with these activities:

Have you ever wondered where the idea of jack-o’-lanterns came from? We can thank the Irish for those, too! They find their beginnings in the legend of Stingy Jack. The original jack-o’-lanterns were carved out of turnips. However, when Irish immigrants came to the United States, turnips weren’t so easily found…but pumpkins were plentiful!

Activity: Print our Jack-o’-Lantern Writing Pages then have your students research the folktale of Stingy Jack and write their own versions. 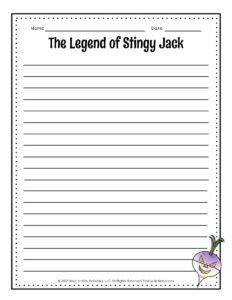 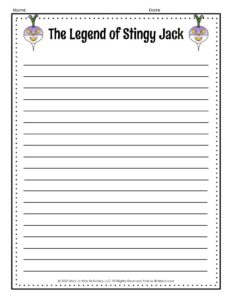 Reinforce your students’ vocabulary that is related to this lesson with our printable History of Halloween Word Search. 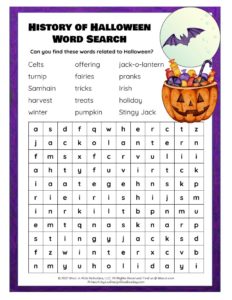 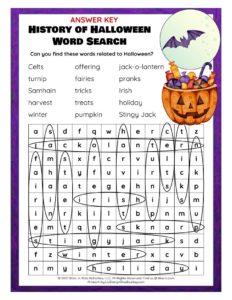 The Celts inhabited a pretty significant portion of Europe during the late Bronze Age and Iron Age.

Activity: Download our European Map and have your students draw the range of the Celtic people. They can research their distribution online as reference. 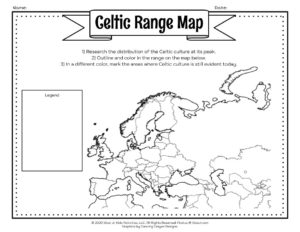 You may also enjoy these other articles: 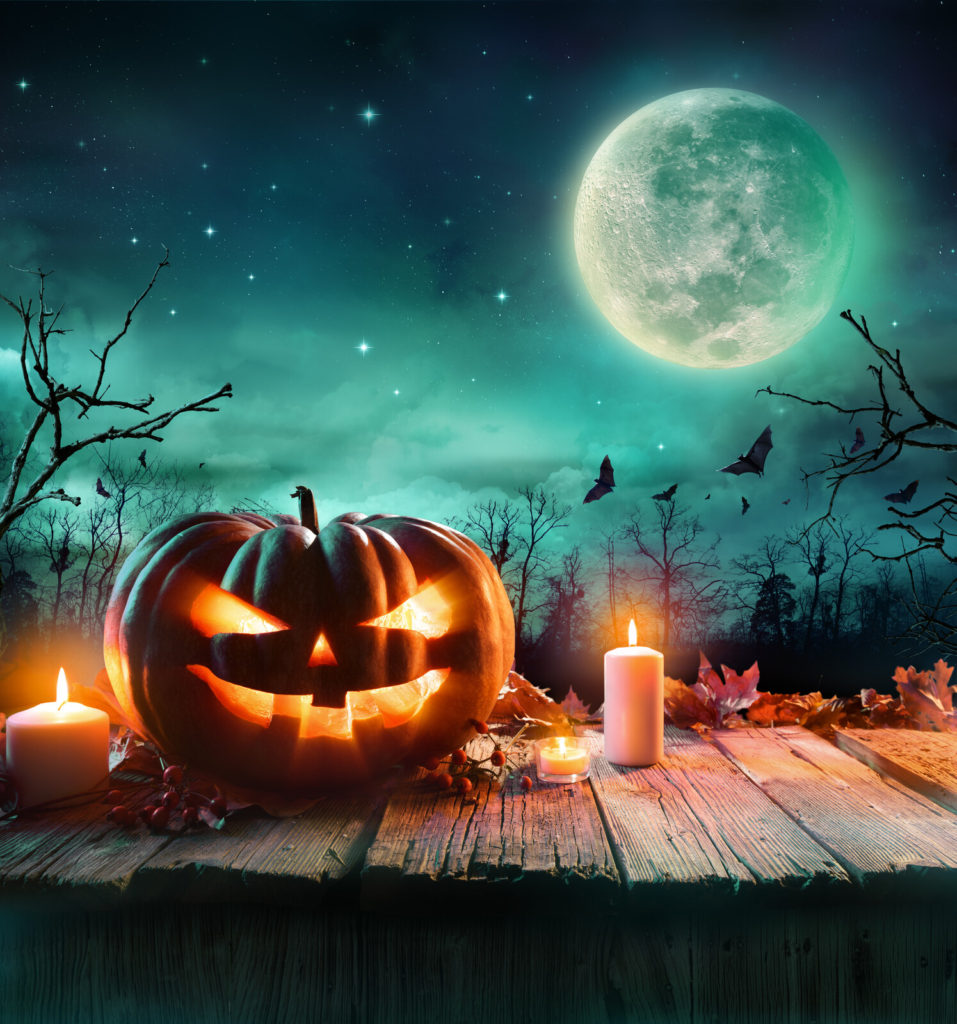