Last year, I put up a kids modern art plates craft that quickly became one of my all-time favorites. It also became one of our readers’ favorites, getting pinned on Pinterest hundreds of times. My goal was to create a gift craft kids can make that you actually want to give or receive.  So I put my thinking cap on – what if I could put together Twelve Days of gifts kids can make, just in time for Christmas?! 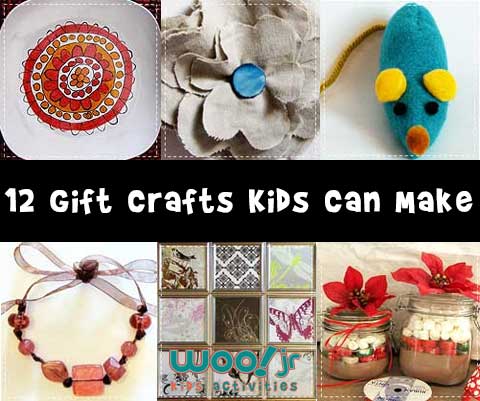 It was ambitious. It pushed my creativity. And in the end, I’ll tell you now – it ROCKED!

The series was a huge hit, so I’m reposting it again this year so you have plenty of time to make these gifts over the holiday season. And YES, kids can make all of them! They may look hard, but they aren’t! Some may be more appropriate for tweens, but nearly all of them can be made by kids as young as five. I’m seriously so proud of this series – and happy it was so well received by all of you!