I have shared some great vintage printables and paper crafts with you before – but today I’m sharing one of my favorites of all. I have a small but growing collection of lovely vintage Halloween items, and this paper doll is one of the prettiest pieces of ephemera I’ve ever owned! 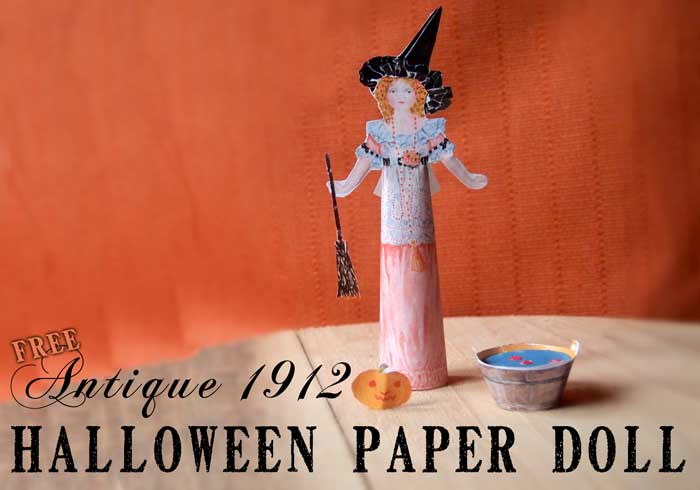 The original artwork appeared in an October, 1912 issue of the (long-defunct) Delineator Magazine. It was illustrated by Carolyn Chester, who made many paper dolls that were ’round bottomed’ and were intended to be more 3-dimensional that the regular flat paper dolls that appeared in most magazines at the time. While having a stand-up paper doll is nice, it makes the construction of these a little more challenging than normal paper dolls. Plus, Ms. Chester’s illustrations were quite intricate, which makes for tedious paper cutting. Very young children might have a hard time with this project, so I suggest that it would be a kids craft most suitable for ages 6 – 12 (and older, depending on how much you like paper dolls!). 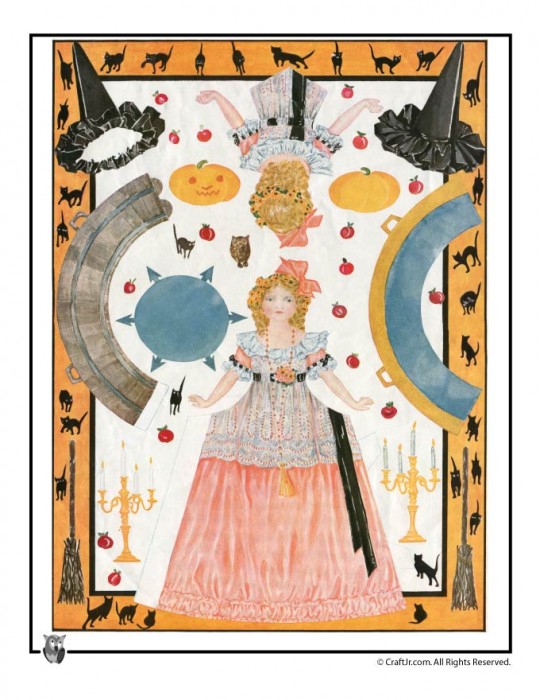 There are several elements you can cut out for this project: There is the girl, her witch hat, a bobbing-for-apples barrel & apples, jack-o-lantern, witch broom, candelabra, and two black cats and an owl. I found the candelabra to look too delicate to cut out, so I didn’t even bother trying to construct it. I also didn’t cut out the Halloween animals, because they are rather small and need no assembly.

The doll comes in two pieces, her front with skirt and back torso. Cut out the full body and gently curl it around to meet in the back. there are paper tabs you can use, but I didn’t think they worked very well so I just taped her together. I then cut out the back view of her torso and used a glue stick to glue it to the back of her front torso.  You probably won’t get the edges to line up, so once they are glued together you can trim them to hide any mismatched edges. 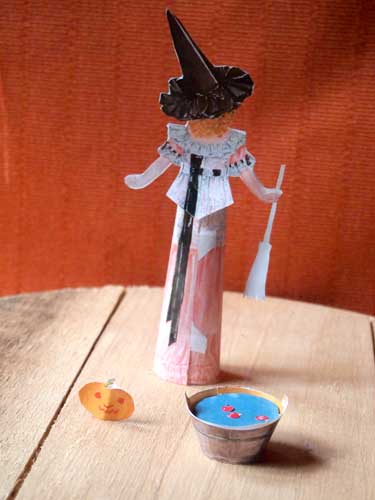 For her hat, I cut out the front and back, and made a slit in the front piece along the top edge of the white opening. Then I glued them together only on the top and sides. You can see in this photo where the slit is, so that you can insert her head for her to wear her witch hat. I also cut out the broom and glued it to her hand (you could sandwich the broom between the two layers of paper, too!): 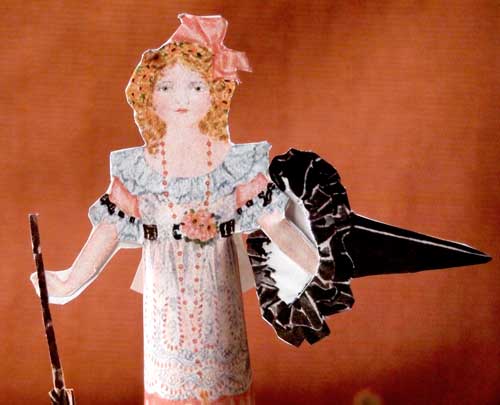 The jack-o-lantern is simple glued on two sides (not in the middle) and slightly bent outwards so that it can stand on its’ own. The barrel comes in three parts – it is shown fully assembled here:

Here’s another view of the barrel – the outside is taped into a cone/cylinder, and the inside is lined up with the barrel handles and taped in place. The ‘water’ is then cut out, and arrows folded under so that it can sit inside of the barrel along with the tiny apples: 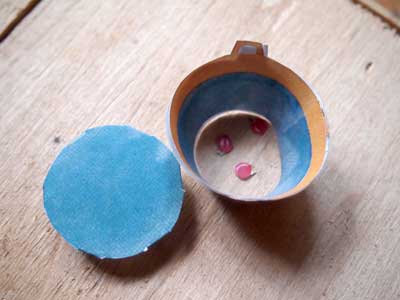 Paper barrel for the bobbing for apples paper toy

Since the magazine page I own didn’t come with instructions, there could be other ways to play with this printable – have fun with it! I have another set of vintage Halloween paper dolls from 1917 here – these would be great for any age!! 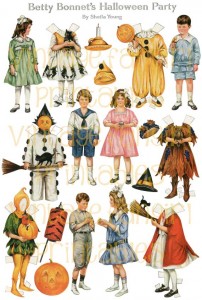