Fourth grade is usually the time children begin reading on their own for pleasure instead of only reading because they are told to. If your kids are stuck for something interesting to read, try suggesting one of the below examples. All are illustrated with wonderful pictures, making them suitable for developing readers. 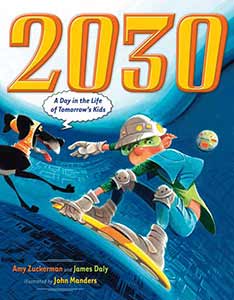 2030: A Day in the Life of Tomorrow by Amy Zuckerman & James Daly

This interesting story takes a look at what life may be like in the year 2030. The plot follows a young boy as he goes about his daily routine 18 years from now. Fascinating innovations pop up through the story, but of course, these are just part of everyday life in 2030.

Dogs with computerized collars that translate barking into English and cars that drive themselves are just some of the aspects which are sure to delight children. Inspired and informed by current trends and research, 2030: A Day in the Life of Tomorrow doesn’t just focus on cool gadgets, but also delves into the impact environmental change could have on our lives and encourages young readers to think about what the future holds for them. On Amazon >

The 100-Year-Old-Secret by Tracy Barrett

Xena and Xander Holmes are shocked to discover that they’re related to the world-famous detective Sherlock Holmes. After acquiring his unsolved case book, the siblings get to work solving the cases their ancestor was unable to, beginning with the mystery of a piece of art which vanished over 100 years ago. Will Xena and Xander succeed where Sherlock Homles couldn’t? On Amazon > 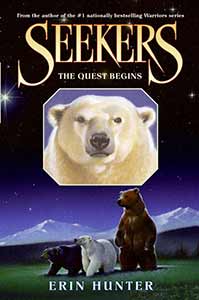 Kallik is a polar bear cub in the North Pole who finds herself struggling to survive on her own after an unfortunate accident.

Lusa is a young Black Bear who escapes from her comfortable life in the zoo, only to find out how tough it is to manage on her own in the wild.

Toklo is a baby Grizzly Bear battling to survive on his own in the mountains after he has been pushed away by his grieving mom when his sick brother dies.

The Quest Begins: Seekers follows these three cubs as they step out into the unknown, unprepared and afraid. Their paths cross as they embark on a dangerous journey which will change their lives forever. On Amazon >

A Book of Coupons 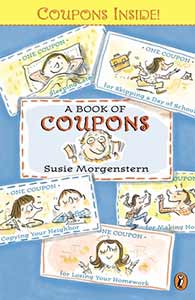 A Book of Coupons by Susie Morgenstern & Gill Rosner

When the students of a fifth grade class hear they are getting a substitute teacher, they all hope for someone really cool but are horrified to find a fat, wrinkly old man filling in. Before the class even gets the chance to sit down, he hands each child a gift – a book of coupons. These coupons aren’t regular coupons, but can be exchanged for things like sleeping in late, skipping school, copying your neighbor and losing your homework.

By the time the school year has ended, the children find they have learned so much more from their wise teacher and their coupons books than they ever could have imagined. On Amazon >

Summer is officially here, bringing with it a long summer vacation which needs to be filled with fun activities to keep the little ones entertained. It’s all too easy to completely forget about books when school’s out, but it’s really important that kids carry on reading. Here are four great summer reads with exciting stories and interesting characters which are sure to capture children’s imaginations. 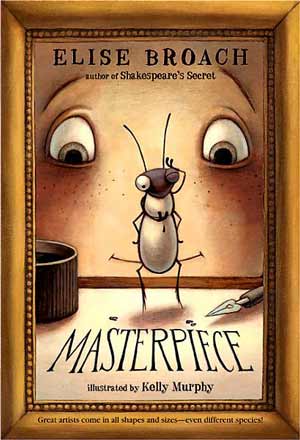 Masterpiece is about a boy – James – and a beetle – Marvin – whose different lives bring them together. James is a quiet boy and lives with his mother and step-father who often ignore him. Marvin lives with his supportive, although at times overwhelming, family behind the kitchen sink.

Marvin comes across James’ pen and ink set one day and discovers he is a truly talented artist. He makes amazing tiny drawings, which everyone assumes were created by James. These drawings get James wound up in a lot of trouble, as he has to help catch an art thief which he can only do with Marvin’s help. On Amazon > 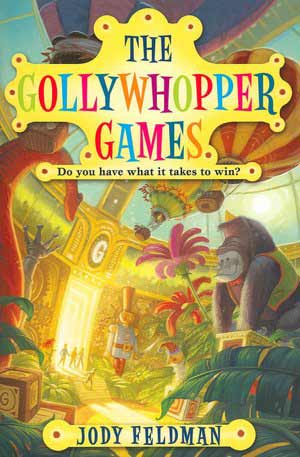 The Gollywhopper Games by Jody Feldman

The Gollywhopper Games is like a modern-day Charlie and the Chocolate Factory. In this fun story, ten children are chosen to take part in the Gollywhopper Games – a contest sponsored by a toy company. Gil is one of the lucky children competing and has much more at stake than the other kids.

The previous year, his father – who worked for the toy company – was fired, arrested and falsely accused of embezzlement. Although the charges were dropped, Gil and his family are still treated like criminals and Gil wants to win the competition to get enough money so he and his family can move out of town. Gil must overcome many hurdles, including being offered bribes and watching others cheat, if he wants to win the honest way. On Amazon > 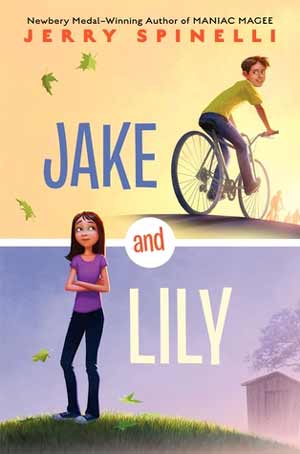 Jake and Lily by Jerry Spinelli

Jake and Lily is a story of two twins struggling to establish their own individual identities in a world which sees them as one person. Jake and Lily spend all their time together up until the summer they turn 11 when everything begins to change. Jake wants to spend time alone with his friends, but Lily still wants to hang out with Jake. Jake doesn’t understand Lily anymore and doesn’t know why she’s making a fuss, but Lily can’t understand why Jake wants to abandon their special relationship.

In alternating chapters – sometimes even alternating sentences – each twin describes the events of the summer when they realized and accepted that everything and everyone changes. On Amazon >

Robbie Forester and the Outlaws of Sherwood St 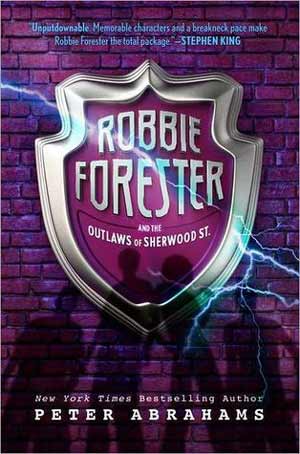 Robbie Forester and the Outlaws of Sherwood St by Peter Abrahams

Robbie Forester finds herself with a magical charm bracelet after she helps a homeless woman who collapsed in the street. When called upon, the bracelet passes on superpowers to Robbie and her friends as they struggle to right the many wrongs in the neighborhood and carry out social justice together. On Amazon >