So, you know that juicer you got back when you were going to live a more healthful life?  The one that you used three times and then shoved to the back of the cupboard where it wouldn’t be able to judge you?  Pull that sucker out and dust it off for this easy-to-make homemade apple cider recipe.

We had a friend coming over recently, and she was so impressed by the fact that we had made cider for her.  She walked in the house and said it smelled “mulled.”  I asked what that was, and she told me she meant the way some people warm it with spices and everything.  So, I was all, “Yeah, that’s the kind we’re having.”  Seriously, I looked like a total Suzie Homemaker, and the whole process from start to finish took about ten minutes. 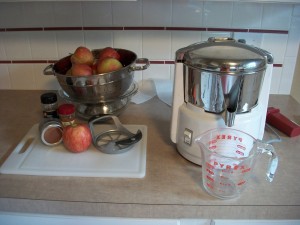 I’ve looked into the difference between “apple juice” and “apple cider,” and even though the juicer filters it to some degree, I’d say what comes out still qualifies as cider. 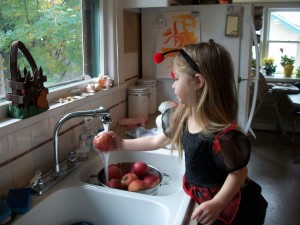 Wash your apples. If you happen to have a ladybug around, it makes this part more fun. 😉 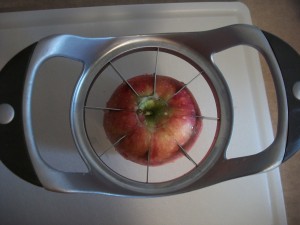 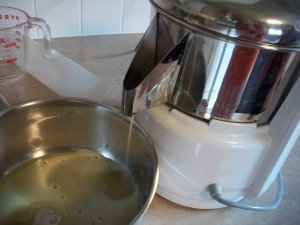 Run the apples through the juicer right into a sauce pan. Add about a teaspoon of cinnamon and 1/4 teaspoon each of ground nutmeg and ground cloves.

I didn’t get a picture of it, but the spices left kind of a scum on top after the apple cider was warmed, so I just skimmed it off. 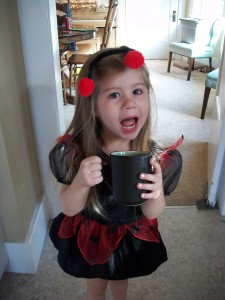 It tastes delicious and totally made my house smell like the holidays!