I can’t believe how fast this year is flying by – which is good because this hasn’t been the greatest year for us and we’re looking forward to it being over! Only 3 1/2 months until next year – and less than one month until Columbus Day! I’m still having a hard time believing summer is over – thinking about October holidays is really messing with my head!

It seems that I can’t post any Columbus Day content without a little controversy from our readers, though. And I can understand why some people aren’t too thrilled with a national holiday dedicated to a man who both hurt and helped a lot of people as he discovered our nation. In fact, even his place as our ‘discoverer’ is controversial! I get it. But regardless, many teachers, educators and schools feel that no matter what others think about Christopher Columbus, he is an important figure in our history. I think we can all agree on that. And thanks to your feedback, we’ve added some additional writing prompts to help kids to also think about Indigenous Peoples’ Day and to think in generalities about what it would be like to discover an uncharted island.

“If the World was Really Flat” Columbus Day Writing Exercise

“If Columbus Discovered America in 2492” – Creative Writing Worksheet for Kids

“If I came with Christopher Columbus” Writing Prompt for Kids

These three Columbus Day themed story starters get your students to think creatively about alternate historical story lines: inviting the children to think about being a part of discovering America, having fun with the idea of the world being flat, and what Columbus would have found if he came to America 1000 years later than 1492 – I’d really love to read what your students come up with for that last one! 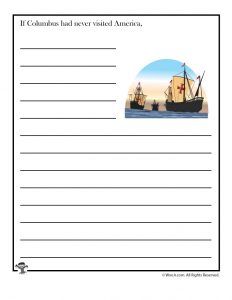 If Columbus had never visited America… 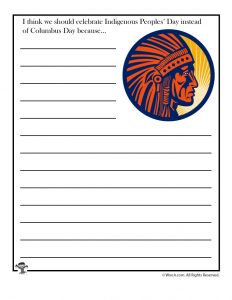 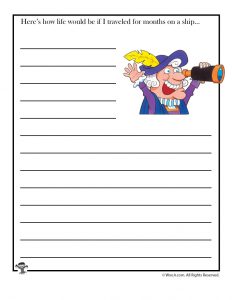 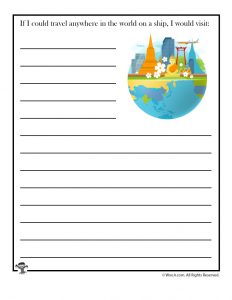 If I could travel anywhere in the world on a ship, I would visit… 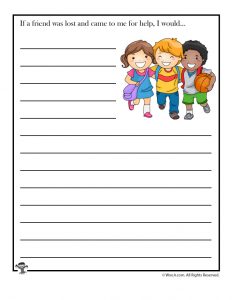 If a friend was lost and came to me for help, I would… 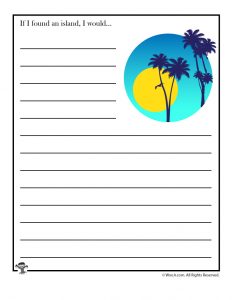 If I found an island, I would…