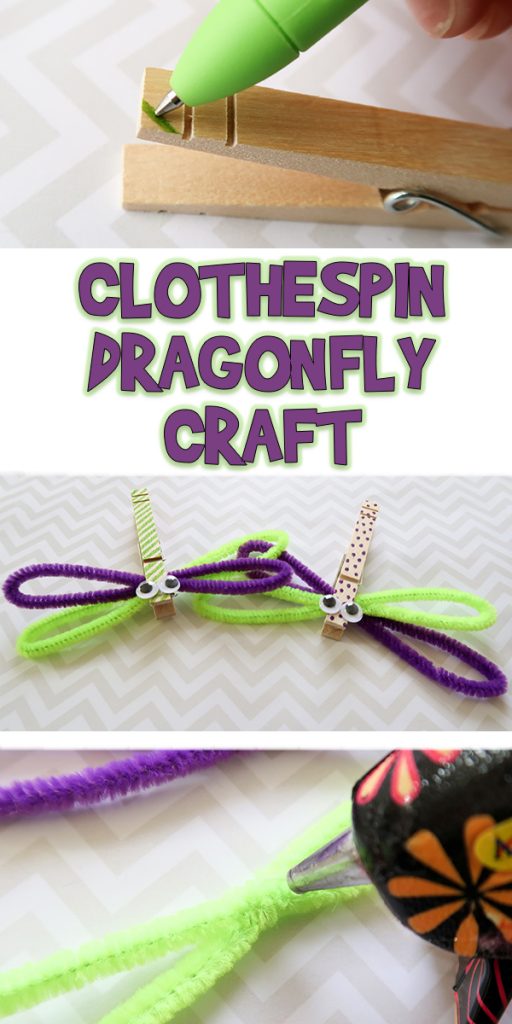 It’s nearly summer already, and time for beautiful dragonflies to come out! Today I’m going to share with you how I make this pretty Clothespin Dragonfly Craft! Here’s what you’ll need! 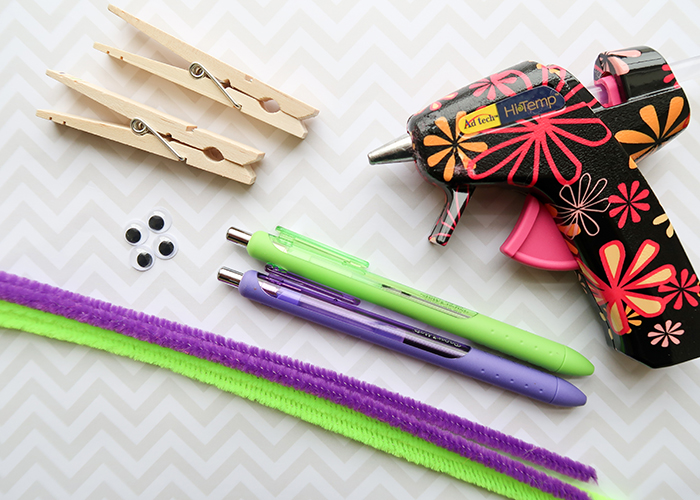 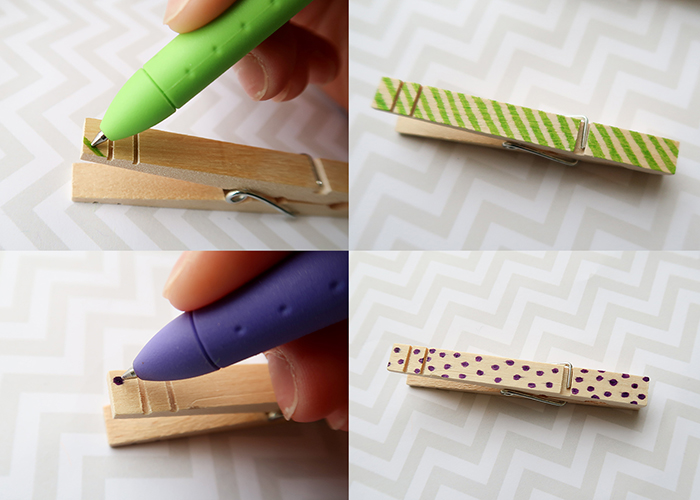 Start out by decorating your clothespins however you’d like. I used gel pens to create cute diagonal strips and polka dots on my clothespins. 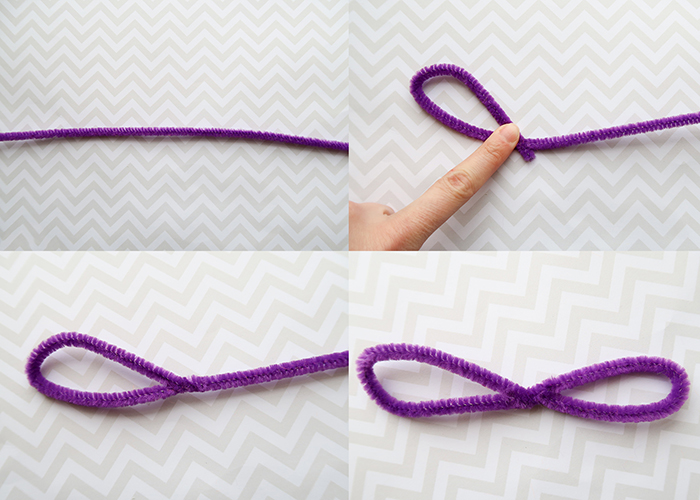 Now lets make some wings! Feel free to get creative with these and use a variety of pipe cleaners. You can get sparkly ones, super fluffy ones, or standard one like the ones I’m using here. Start by finding the center of your pipe cleaner. Then take one end of the pipe cleaner and bring it into the center, and twist it around the center so it stays in place. Then do the same with the other end of the pipe cleaner. You just made dragonfly wings! Now gently pull the tips of the wings out so they’re thin and long instead of big and fluffy. 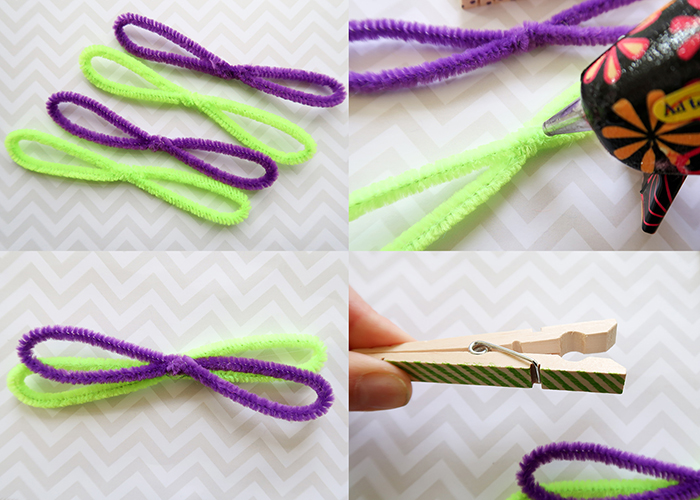 They should look like this! Now, make two wings for each dragonfly you’re planning on making. I’m making two, so I need four wings all together. Take one wing and place a drop of hot glue in the center, and then place the other wing on top like shown, but twist it a little so the wings aren’t directly on top of each other. Next you’re going to open up your clothespin. 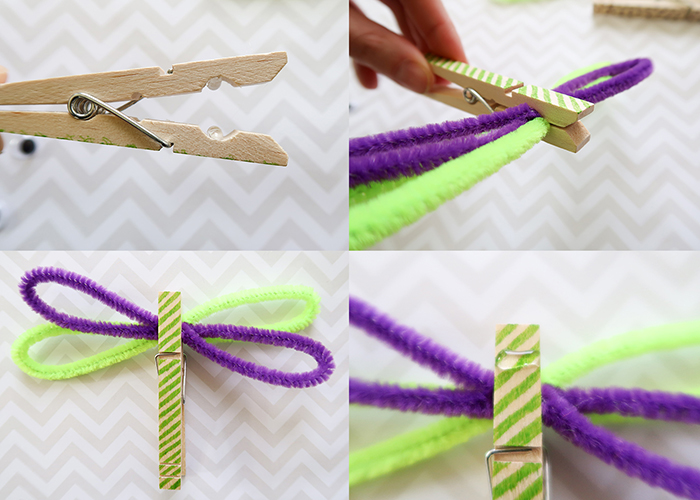 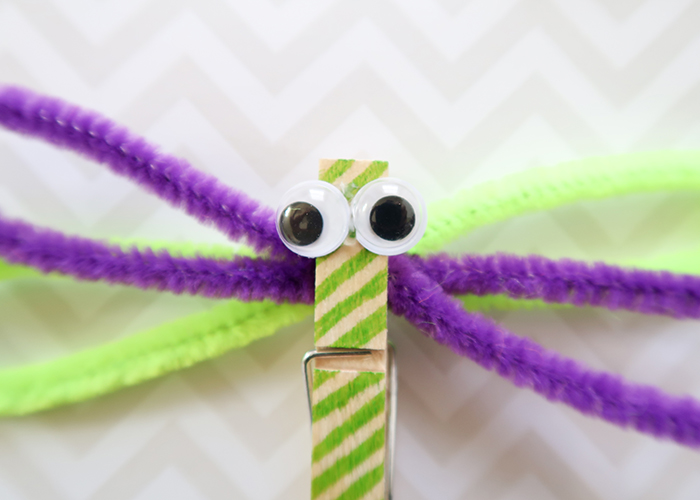 And set your google eyes on! Don’t worry if they’re a little crooked or silly looking, that just adds more character to your dragonfly. 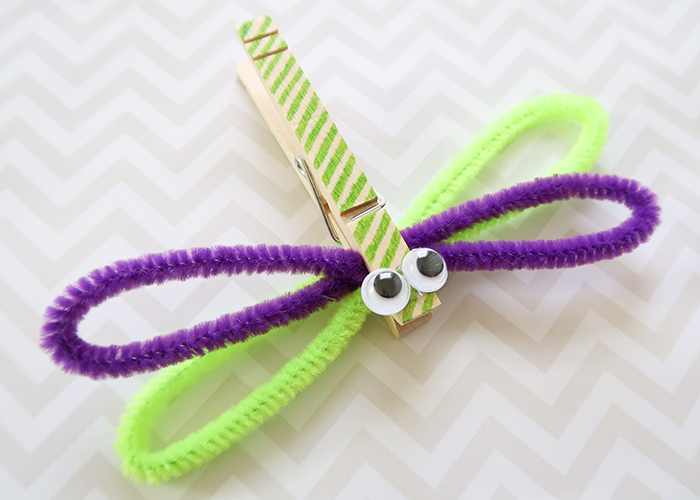 The front of the clip looks like a big cartoon style mouth too. This little dragonfly has such a quirky look to him that he needed a name. We named him Fred. 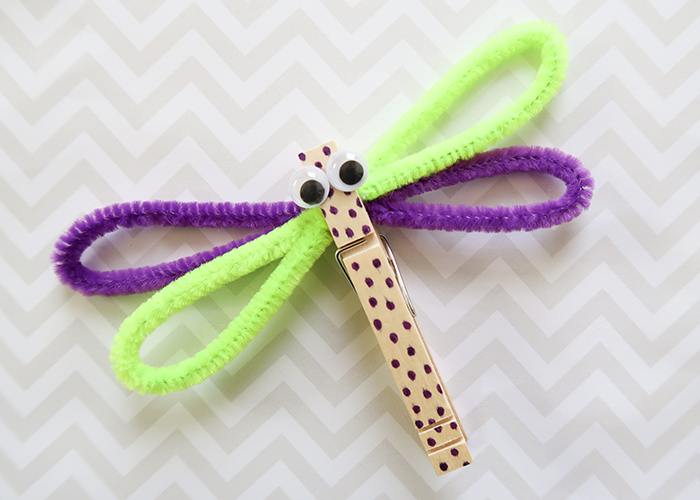 And now you can just make more! This pretty polka dot dragonfly was named Ginger. 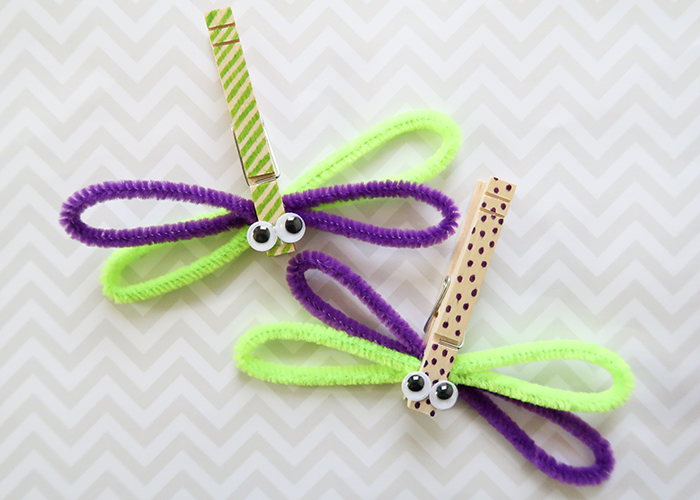 Don’t Fred and Ginger look like they’re planning out their next adventure? I hope you enjoyed learning how to make this Clothespin Dragonfly Craft with me!