Chinese New Year is a celebration for the beginning of the new year according to the lunar calendar. The first day of Chinese New Year starts when a new moon appears between January 21st  and February 20th. While primarily celebrated in China, of course, it is also honored in many countries in Southeast Asia as well as Western countries that have a large population of Chinese residents such as the United States, Canada, and Europe. Every year a new animal represented in the Chinese Zodiac presides over the lunar new year. The zodiac animals are Dragon, Rat, Rabbit, Snake, Ox, Tiger, Horse, Goat, Monkey, Rooster, Dog, and Pig. Each one of these adorable Chinese New Year hidden pictures worksheets features an animal from the zodiac!

Hidden picture activities are great for teaching shape recognition, attention to detail, and help develop short term memory skills. Children can color the shapes that are hidden in the images, or circle them, instead. These also make super cute coloring pages that you can use as a time filler or fun reward! Be sure to use the color RED, because the Chinese believe this color brings good luck and can scare away mythical beasts.

Read all about the history of Chinese New Year for kids right here!

We have more puzzles like this in our Easy Hidden Pictures for Kids. 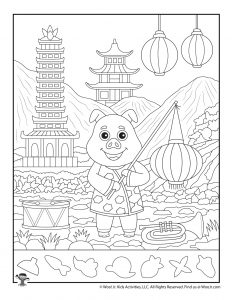 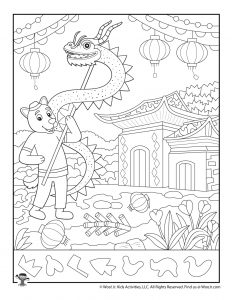 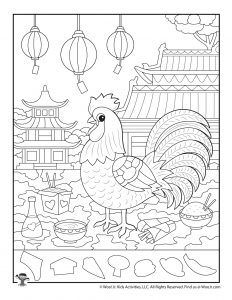 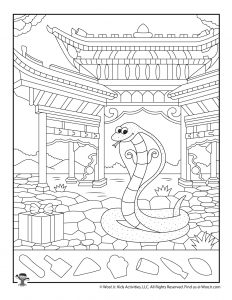 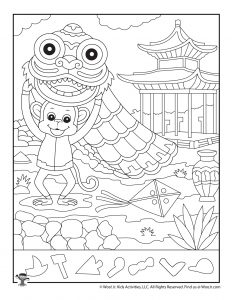 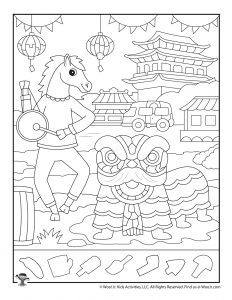 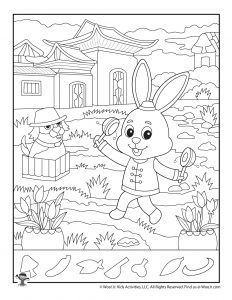 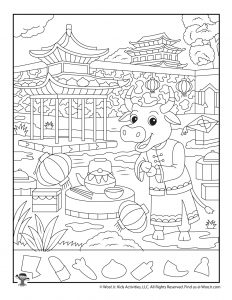 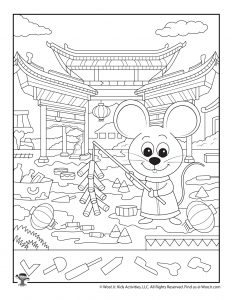