Mattel has often received criticism for its lack of diversity in its long-running line of Barbie dolls. You could say that Barbie had a diversity problem. In response, they have spent the past five years developing more inclusive designs and styles. In 2015, Mattel released three new body types for Barbie: curvy, petite, and tall, and later introduced new body types for Ken. A spokesperson for Mattel told CBS News that “for 2020, Barbie is continuing the journey to represent global diversity and inclusivity in the fashion doll aisle by showcasing a multi-dimensional view of beauty and fashion.” According to Mattel.com, the expanding Fashionista line of Barbies are “designed to reflect the world girls see today.” Their website features 176 dolls with 9 body types, 35 skin tones, and 94 hairstyles under the Barbie Fashionistas brand. 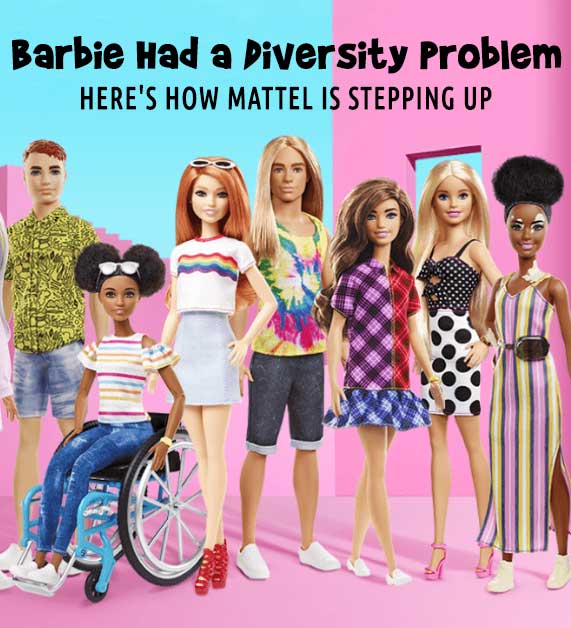 The newest Barbie Fashionistas doll is one with vitiligo, a skin condition in which patches of skin lose their pigment. In a statement made to Newsweek, Matell said that “offering a doll with vitiligo in our main doll line allows kids to play out even more stories they see in the world around them” and that they worked with dermatologists in order to ensure that the representation was accurate. Other Barbies that have been developed with inclusivity in mind over the past 5 years include one named Joss who has hearing loss and another with hair loss, which was announced shortly after Congresswoman Ayanna Pressley recently revealed that she has alopecia and had lost her hair as a result. A Barbie with a prosthetic limb was developed alongside 12-year-old disability activist Jordan Reed, and another that was designed with help from UCLA Mattel Children’s Hospital is in a wheelchair and accounts for one out of four Barbie dolls bought in the UK last year. According to Mattel, 7 of the top 10 best-sellers of 2019 were “diverse,” including the doll that uses a wheelchair. 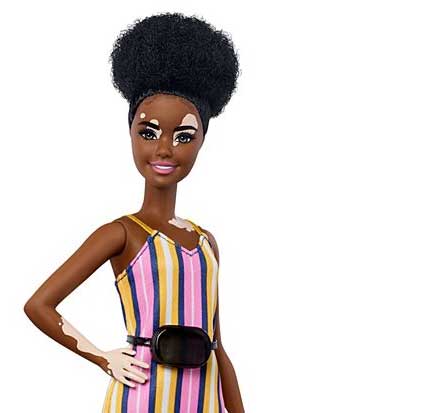 In addition to their representation of people with disabilities, Mattel has also developed Barbies with different body types, skin tones, and identities. In 2017, they launched the first Barbie wearing a hijab by working closely with Ibtihaj Muhammad, the first American woman to wear a hijab during the Olympics. Since then, they have included new styles for Ken dolls with long hair, cornrows, and freckles, as well as gender-neutral dolls for children who “don’t want their toys dictated by gender norms,” according to Mattel’s statement at the doll’s release. 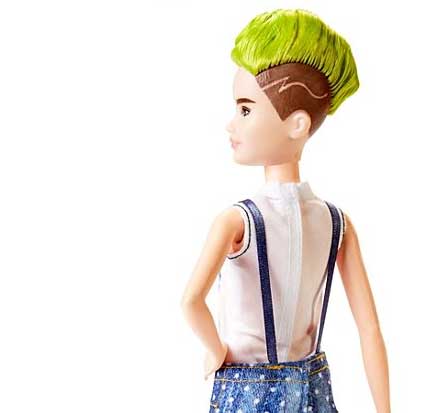 This focus on diversity and inclusivity has resulted in positive effects for the company: their top-selling doll of nearly every week of 2019 was a “curvy black fashionista with an afro hairstyle.” 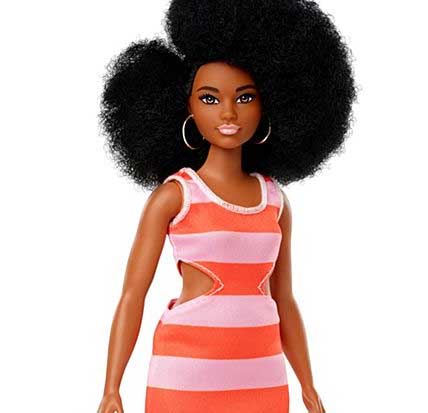 Looking forward, there are many ways Mattel can continue to expand their diversity and inclusivity. On their social media pages, fans have requested Barbies to represent people with Down Syndrome, skin conditions like cystic acne and hemangioma birthmarks, a wider range of body types and skin tones, and identities like Sikh and different indigenous peoples. Many have also advocated for Ken dolls to reflect the diversity that is becoming more apparent in the Barbie line.

You and your kids can follow Barbie on Twitter to get more news and updates about this innovative line of dolls.