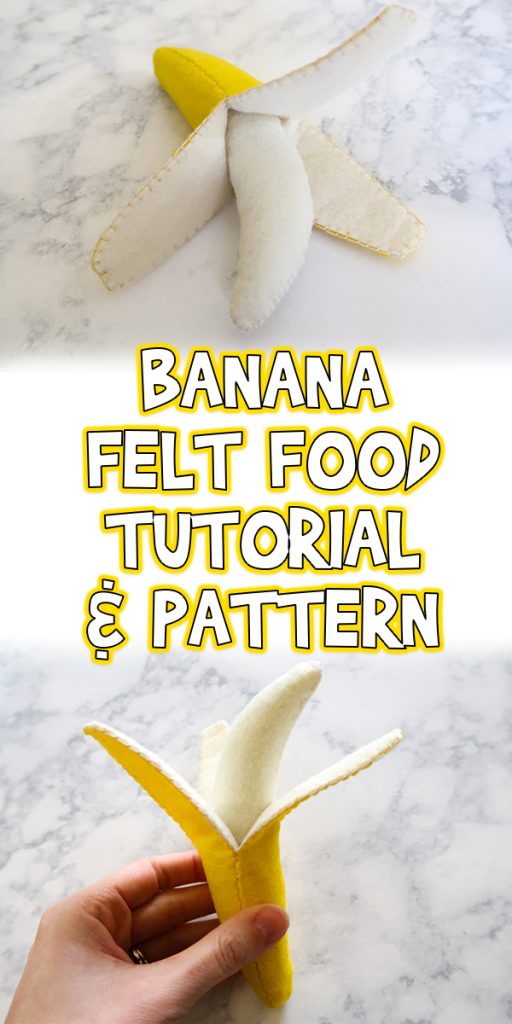 Hello everyone! Today I’m sharing this banana felt food tutorial and pattern with you! My toddler son LOVES bananas, they’re his absolute favorite food ever. I think he’s going to be super excited when I show him this felt food banana and peel. Plus, the banana comes out of the peel too! Here’s what you’ll need to make this. 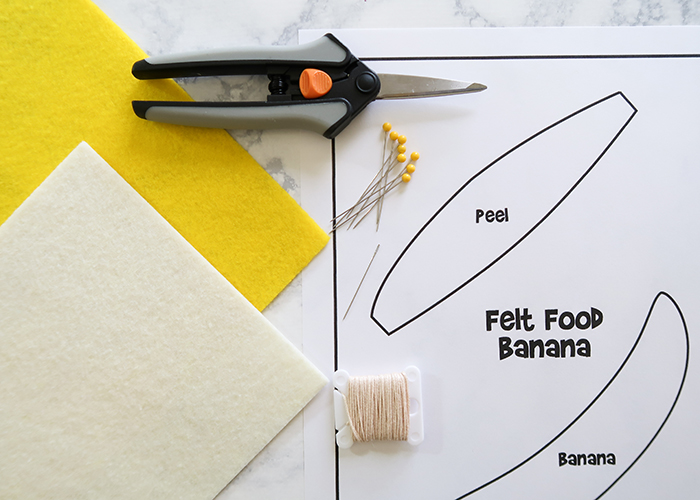 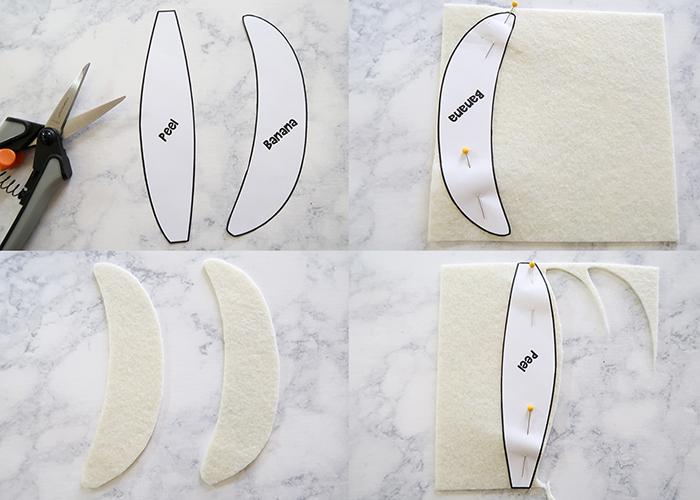 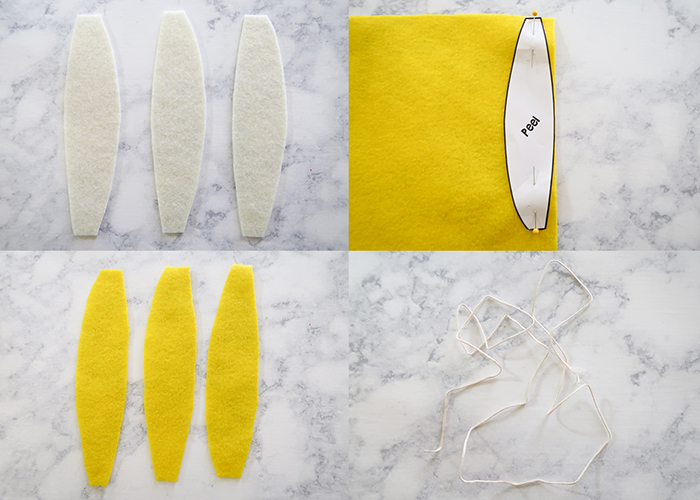 Cut out three peel pieces. Now pin your peel pattern onto the yellow felt, and cut our three of those as well. Take about 24 inches of cream embroidery thread. 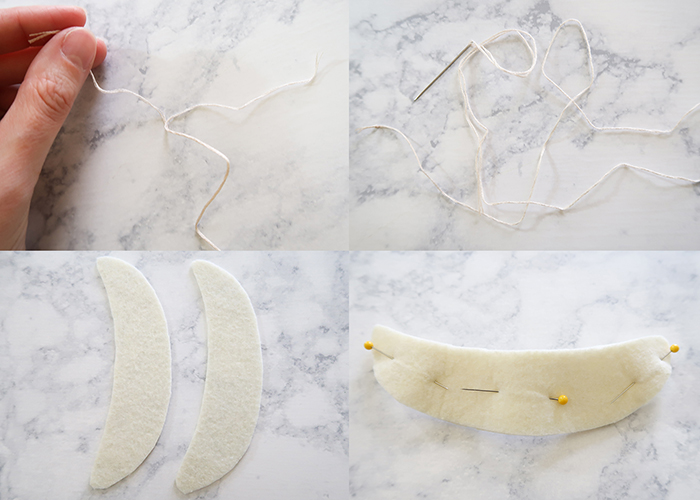 And split it in half so you have two threads of three strands each. Thread one of these onto your embroidery needle and tie a knot in the end. You’ll use the other half later whenever you run out of thread on your needle. Now take your two banana pieces and place one on top of the other, and pin them together. 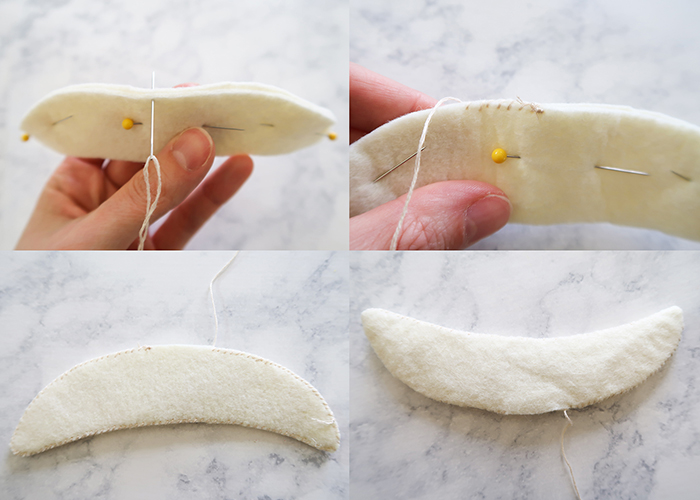 Starting halfway down the curve of the banana, sew all the way around with either a whip or running stitch, leaving about an inch and a half open like shown. Turn your banana right side out through this opening. 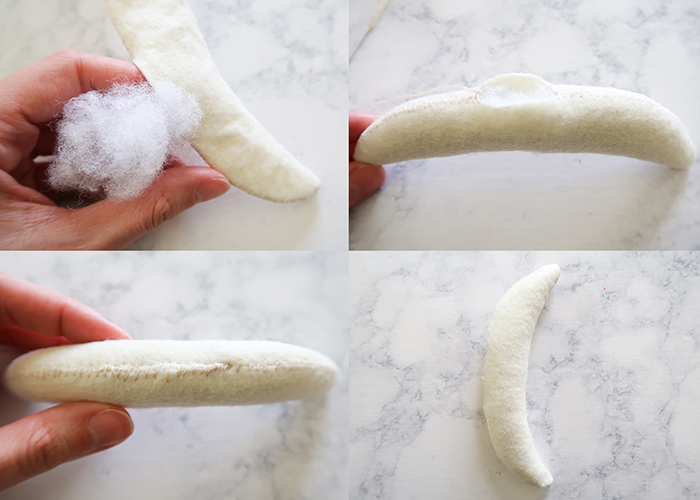 Stuff your banana with fiber fill until it’s nice and sturdy. Then stitch up the opening. 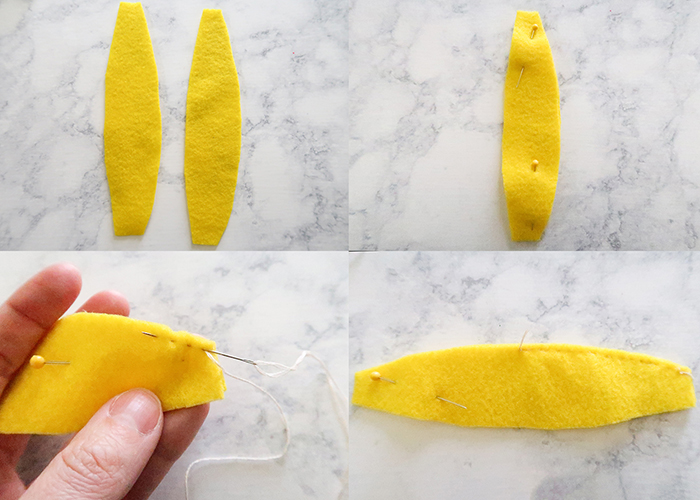 Now let’s make our banana peel! Take two of the yellow peel pieces and lay one on top of the other. Pin them together. Starting at one end, stitch halfway up the side of the peel, and then tie off your thread. It should look like this when closed. 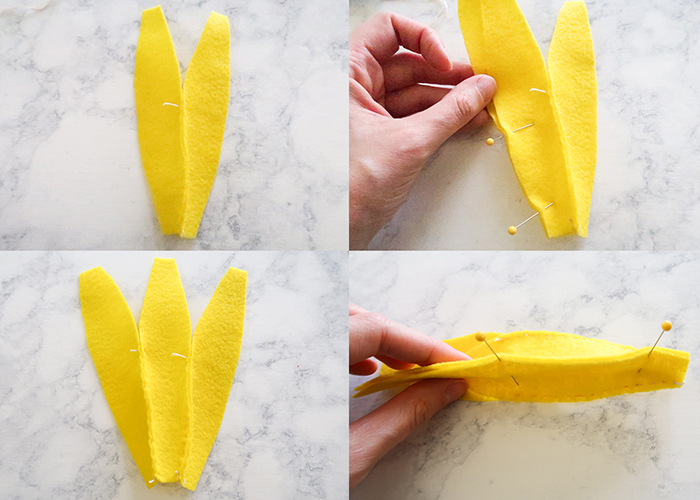 And like this when you open it up. Now take the third yellow peel piece and sew it on in the same way. Now pin the two opposite sides together. 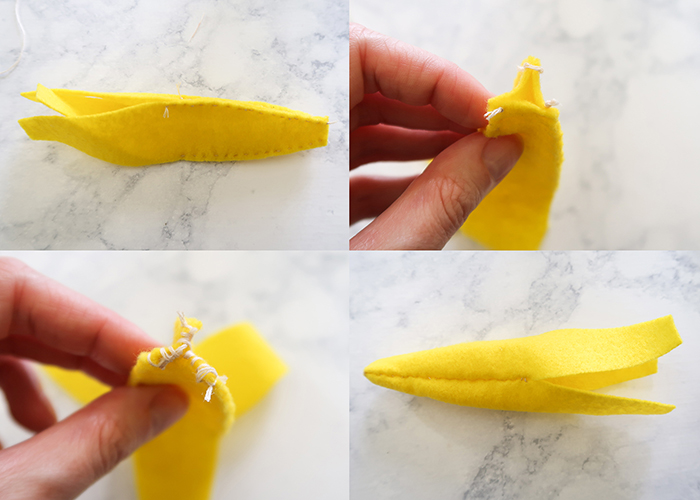 And sew those shut as well. Can you see the peel starting to form? You’ll have an open end like this, so just pinch it closed like a T and whip stitch it closed. Now turn your peel right side out! 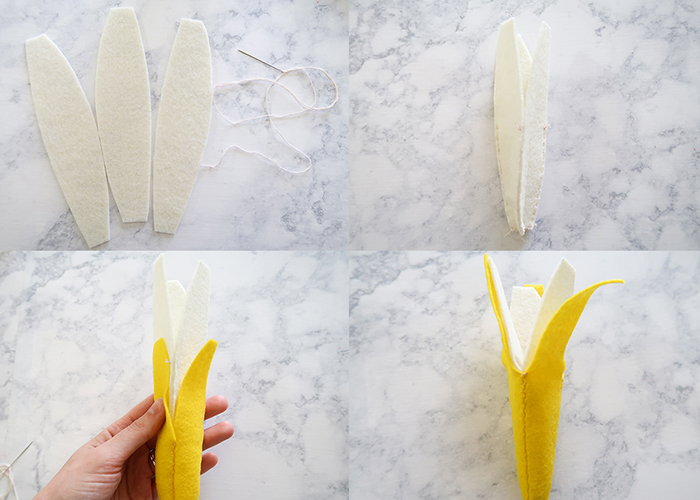 Let’s make the inner peel. Take the three cream peel pieces and sew them together the same way as we did with the yellow pieces. However, don’t turn this piece right side out. You’re just going to slide it into the yellow peel, lining up the open peel sections. This way, there are no visible seams. You may need to use the end of a pen or something similar to help get the cream peel into the yellow peel. 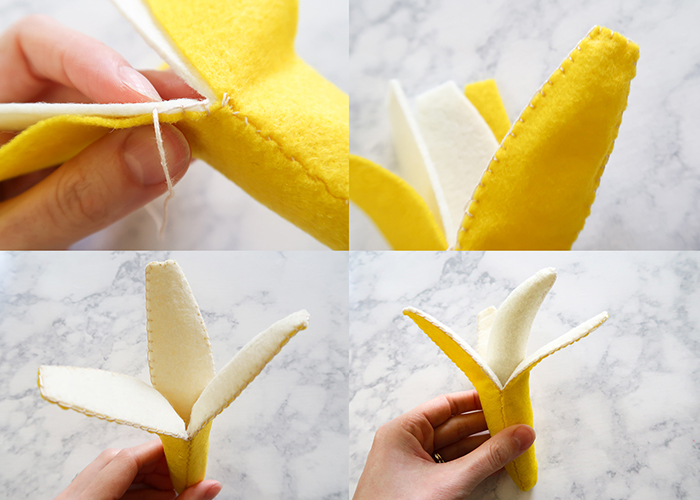 When everything is settled into place, you’re going to blanket stitch all around the open edges of the two peels, joining them together into one. Then just put your banana into it’s peel. 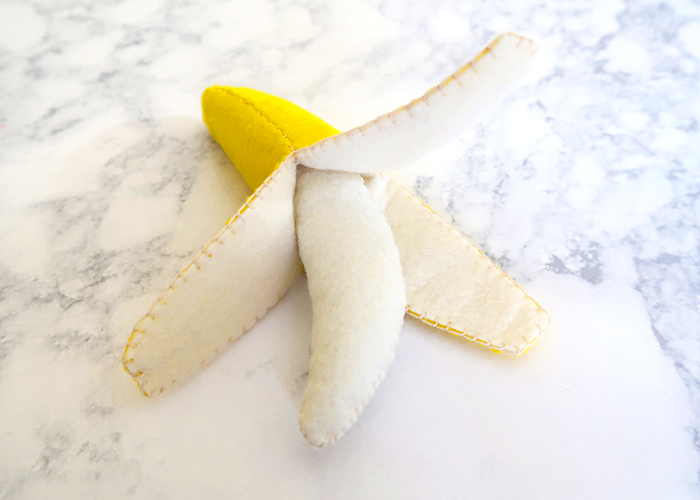 And you’re all done! I hope you found this banana felt food tutorial helpful and have fun making it! To get the pattern, just click on the image below to be taken to a page where you can easily print it out! 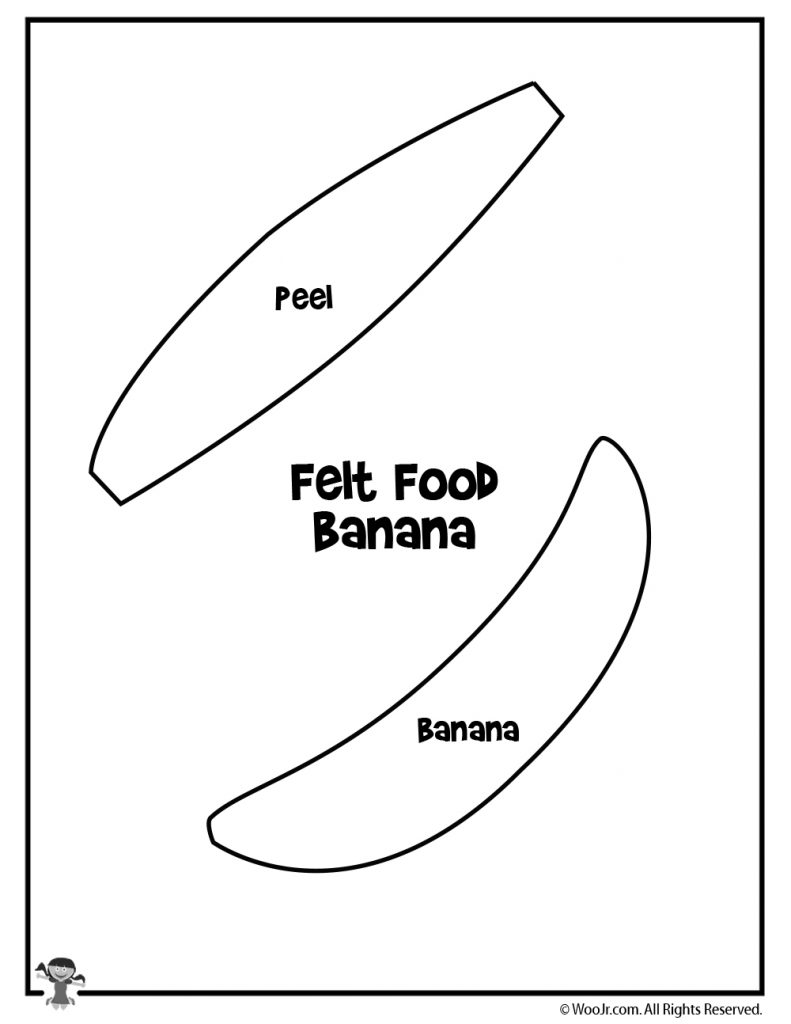