The arctic region of North America, which extends from Alaska across Canada to Greenland, is a harsh physical environment, with little vegetation due to cold temperatures year-round. Despite the challenges of living there, several indigenous tribes — original inhabitants who live in groups of families or clans — have lived in this arctic region for centuries. One thing these tribes share in common is the ability to adapt to harsh weather conditions and live in harmony with the natural elements. In this Arctic Native American tribes for kids unit we will share information about the tribes living in these areas, some of their ways of living and customs, classroom activities & worksheets, and a wonderful printable diorama scene art project! 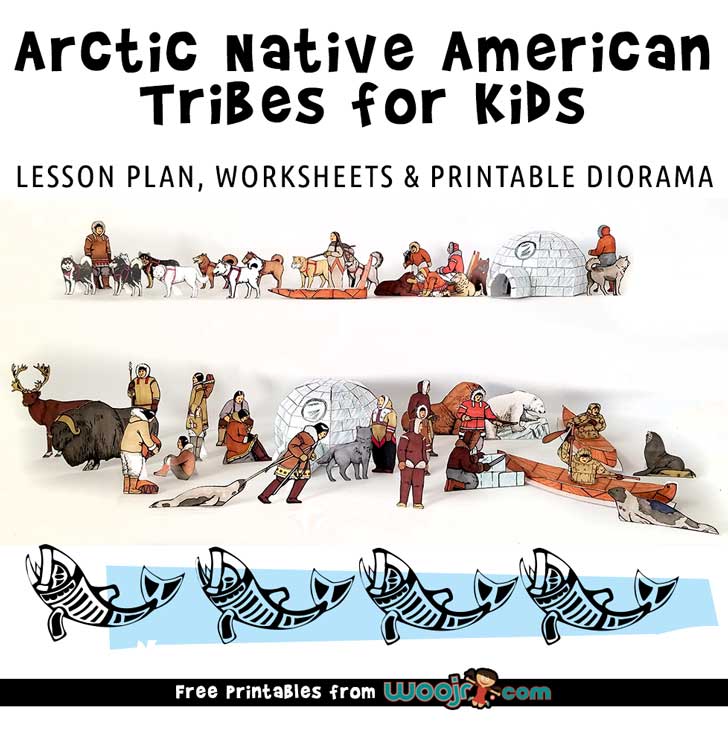 While the term “Eskimo” is still in use among some native people of Alaska, it has fallen out of favor among those in Canada and Greenland. “Inuit,” the word in the Inuktitut language for “the people,” has replaced the term Eskimo in Canada and Greenland. (Note: While Greenland is culturally and politically considered part of Europe, it is geographically part of the arctic region of North America and native peoples there share similar ways of life.)

This lesson plan is designed to give a broad overview of some of the cultures and traditions of indigenous peoples of the arctic region of North America.

Inuit – Canadian Inuit people live in the Nunavut Territory of Canada and Arctic regions of Canada to the east. There are also Inuit tribes in Alaska and Greenland.

Inuvialuit – Inuit people who live in the Arctic region of Western Canada.

Inupiat – An Alaska native Inuit tribe also known as “Eskimos” that live in the northwest Arctic and Bering Straits region of Alaska.

Yupik – An Alaska native tribe that are related to the Inuit people, and are also known as “Eskimos.” The Yupik who live along the Western coast of Alaska.

Kalaallit – An Inuit tribe of Greenland. 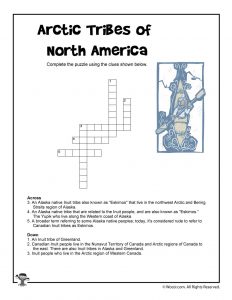 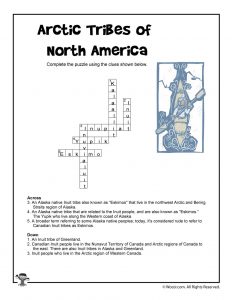 Transportation by Land and Sea

While many arctic peoples around the world used to travel via dogsled, today snowmobiles are the primary means of traveling long distances. Dog sledding, also known as “mushing,” is a form of transportation where a person stands on a sled that is pulled by several dogs. Common breeds of sled dogs include the Malamute and Husky. Today, dogsledding is more of a recreational sport adopted by non-native Alaskans and other people living in cold, snowy northern climates like Northern Minnesota. It wasn’t until 2011 that an Eskimo won the Iditarod, the most famous dog sledding race in the world. The race was founded in 1973 as a way to pay tribute to this traditional mode of transportation.

Travel over water to hunt and fish is still a staple of arctic life, as it has been for generations. Kayaks are narrow human-powered boats that are pointed at both ends, with a cover on top to make the craft easier to recover if it capsizes (tips over). Originally made from driftwood frames and covered with animal skins, today kayaks are made from a variety of materials, such as fiberglass and plastic.

Shelter – Where they Live

Did you know that igloos were never used as permanent homes, but rather temporary shelters for nomadic hunters? Although commonly associated with Eskimos, igloos were also never used in Alaska, but rather by The Inuit peoples of Canada and Greenland. While today people living in arctic regions live in modern houses, earlier generations of Eskimo and Inuit people used seal skins and animals hides stretched over driftwood and whale bones for housing.

Food – What they Eat

Because the land is permanently frozen, people in arctic regions cannot raise crops for food, and no trees grow near the Arctic Circle. Instead, they hunted animals and foraged for plants found nearby, known as subsistence living. Depending on where these animals were found, people hunted musk-oxen, caribou, polar bears, seal, walrus, whales, and fish.

During the short summer season, instead of planting and harvesting, arctic residents would forage for berries and vegetation, though today fresh foods can be flown in to communities. It was often common to cache, or store, food underground to preserve it. The native people in arctic regions of today live in modern homes, but due to the high cost of transporting food, hunting is still both culturally and practically important.

Clothing – What they wear

Traditional Eskimo clothing was designed to survive the extreme winter climate and was made from caribou hides and fur from other animals for warmth. The fur-lined hooded parka is a well-known traditional mode of dress that comes from Eskimo and Inuit culture. Even boots were made from caribou skin and are extremely warm, comfortable, and tough enough to last in freezing weather.

Indigenous – Original inhabitant of a place, region, or country.

Tribe – A group of people that includes many families, clans, or generations.

Tradition – A story or belief that has been a part of a society for a long time.

Eskimo – A word used by some Alaska native peoples living in arctic regions.

Nomadic – Roaming from place to place in order to find food.

Igloo – A temporary shelter made of blocks of ice or firmly packed snow.

Kayak – A small boat that is pointed at both ends with a cover on top that makes it easier to navigate in cold water.

Dogsledding – Also known as “mushing,” dogsledding is a traditional Inuit way of traveling long distances across snow in a harsh cold environment.

Cache – To store something away for later, like food.

Parka – A long winter coat with a fur-lined hood. 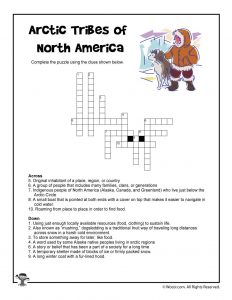 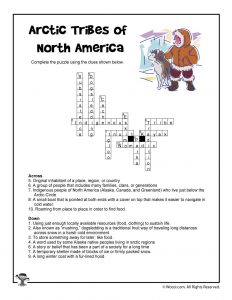 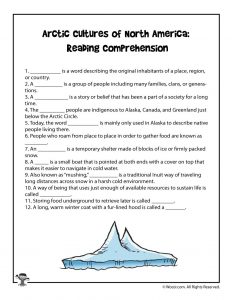 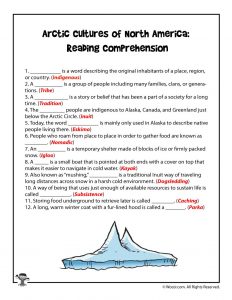 Discuss with students how cultures can change as technology advances. Have them consider the shift from dog sled teams to snowmobiles, from traditional housing and igloo shelters to modern homes, and living off the land to shopping at a grocery store or online.

Have students think of examples from the last century that have changed the way their families live compared to prior generations. Draw two columns on a whiteboard or chalkboard and label them “traditional” and “modern.” (Examples: horse and buggy vs. car, postal mail vs. email and texting.) Discuss these traditional vs. counterparts and how life is different in the wake of newer innovations and inventions, and have students consider how these adaptations have affected the peoples of Arctic North America.

If subsistence means to use only locally available resources necessary to survive, have students consider what would that look like in their everyday lives. Have students consider the idea of conservation, which is planned management of resources in order to conserve, or save them from being used up. Then compare subsistence living and conservation and see how they complement each other; if we each used fewer resources, would we need to make as many conservation efforts? What would our society look like if we applied both principles to how we live today? As a group discussion, have students list examples of both subsistence and conservation in their daily lives.

To Construct the Kayaks 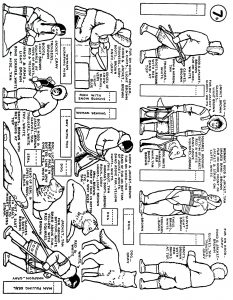 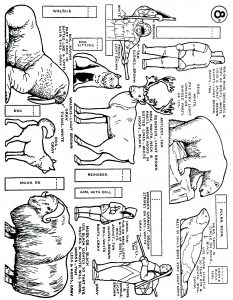 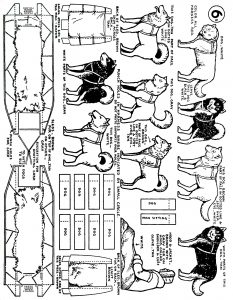 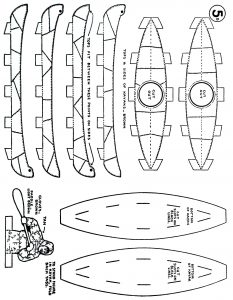 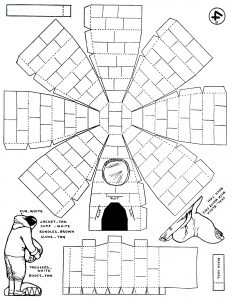 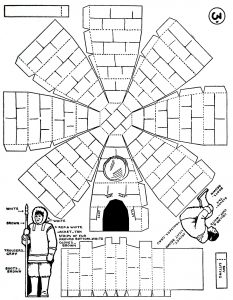 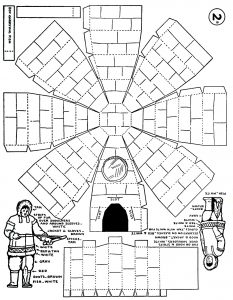 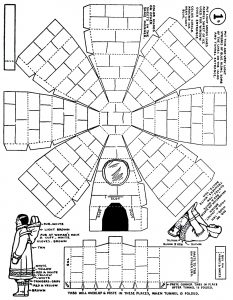