Sound is everywhere. A bird singing, a bouncing basketball, and an opera singer singing…we can hear all of these thanks to sound waves. This mini-lesson about sounds waves for kids ages 9 to 12 years old will explore sound and how it works. 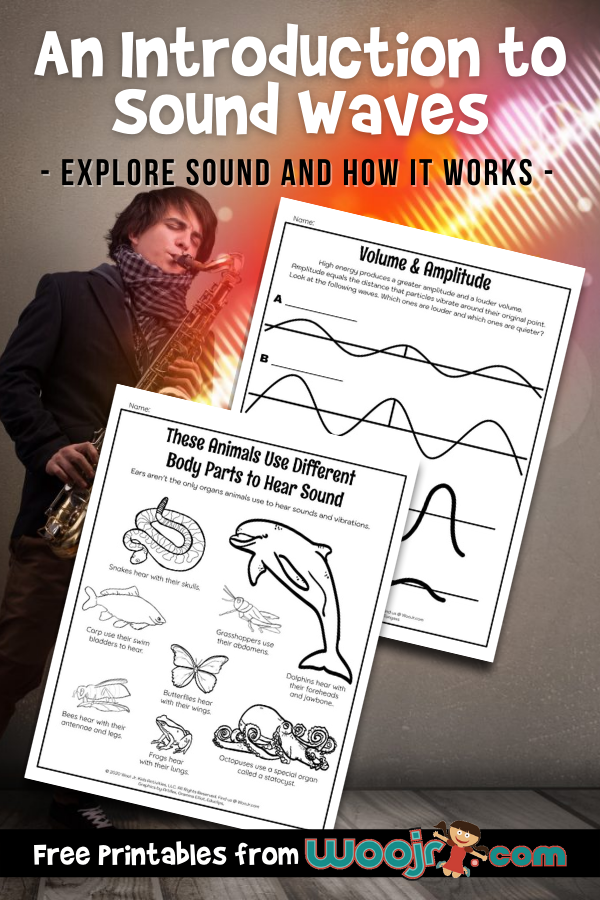 What are sound and sound waves?

Sound is simply energy vibrating particles. Vibrating things move back and forth really fast. To have sound, you must have a source, a receiver, and a medium. The source makes the sound. The receiver hears (and interprets) the sound. And the energy movement through the medium creates the sound. This movement is called a sound wave.

Animals communicate using high or low frequencies. Elephants can hear much lower pitch sounds than what humans can hear. And dolphins can hear higher-pitched sounds than humans. 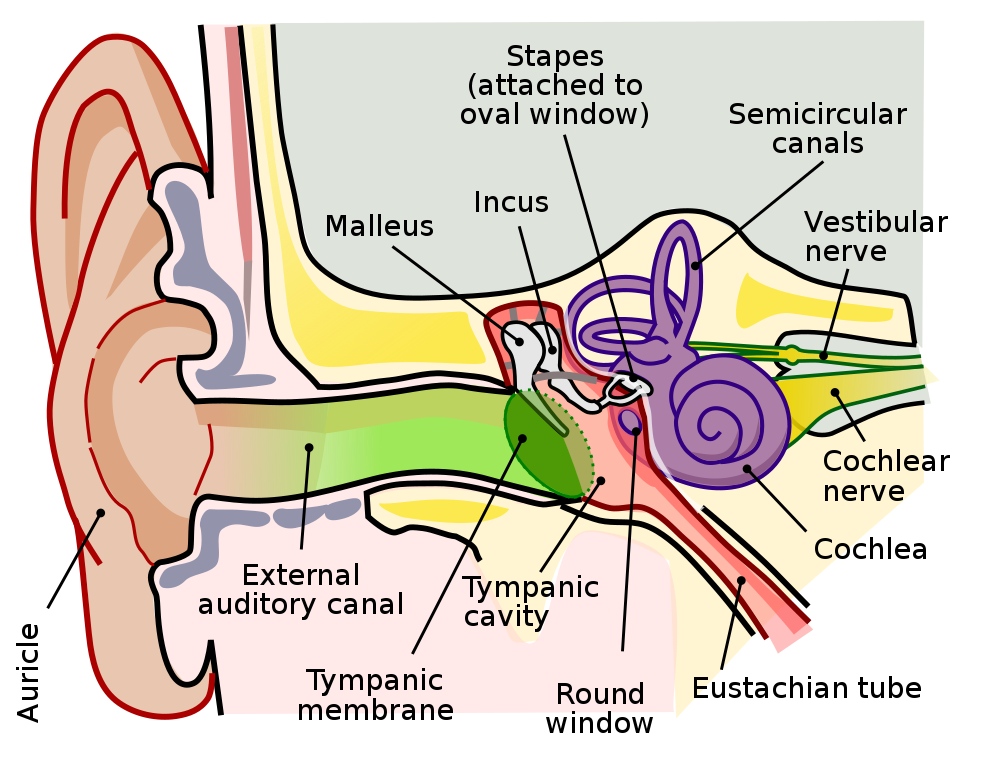 We have special organs and bones inside our ears to help us hear sound. The outer ear is the body part that sticks out on the side of our head. It helps to collect sound and funnel it into our middle ear.

Our eardrum is located in the middle ear. Its job is to detect and amplify sound waves. It is made up of a thin layer of skin stretched tight across the opening. When sound waves hit it, the skin vibrates. It moves the vibrations to the three tiny bones (called ossicles) in our ear. These little bones transfer the sound to the cochlea, which is full of fluid.

The cochlea is part of our inner ear. It houses the Organ of Corti, which has sensory hair cells called stereocilia. The fluid vibrates and moves these hairs. They then convert the vibrations into nerve impulses that are sent to our brains for interpretation.

Not all animals use ears to hear. Snakes use their skull, crickets hear with their front legs, and frogs sense sounds with their lungs!

Animals in different habitats sometimes use different ways to hear. For example, sound waves move four times faster in the water than in the air. So it’s no surprise that many animals in the ocean use sound for more than just communicating. They use sound waves to find food and navigate.

Some ocean animals (dolphins and whales) send out sounds, such as clicks or whistles, and then listen for the echo when these sounds bounce back off of nearby objects. They use their lower jaws and foreheads to detect sounds, which they then transmit back to their inner ears where they are converted to nerve impulses and sent to the brain for interpretation. This process is known as echolocation. And it is especially useful to animals that live deep in the ocean where sunlight does not reach. Echolocation helps them survive in darkness.

Nocturnal bats also use echolocation to help them hunt for food and navigate the landscape at night. But bats that are active during the day and feed on fruit, don’t echolocate at all.

Sound waves for kids activities to extend the learning

Here are some of our printable resources for helping your child learn more about sound waves.

Hearing in humans involves a lot of different parts inside the ear working together. Some parts of the ear are used for other reasons, such as to balance (the semicircular canals) or to sense gravity or linear acceleration (the vestibule).

Activity1 : Print our Ear Diagram Coloring Page and have your students color each of the parts of the ear a different color.

Activity 2: Print our Listening Activity Page. Pull up one (or all of) the videos below to the Guess the Sound game? Blindfold your student (or make sure that they cannot see the video).

Alternative: Blindfold your students and create sounds using items with which they would be familiar. Squeezing or crushing an empty plastic bottle. An electric pencil sharpener. Cutting or crumpling paper. A bouncing basketball. A phone (text) alarm. Be creative. And be sure to write down the order that you make them so you know yourself if they get things right. Or go over the answers together in class. 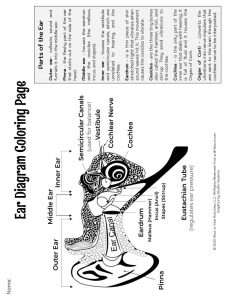 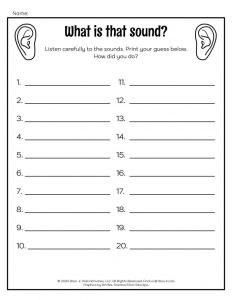 Volume and amplitude are tied together. The higher the energy, the louder the sound (greater volume).

Amplitude is the distance a particle vibrates around its original point (or natural resting place). The higher the energy, the bigger (taller) the sound wave is because the particles vibrate further from their original point. So high energy sounds produce both louder sounds and taller sound waves.

Activity: Print our Volume & Amplitude Worksheet and have your students look at the wave images. Have them write down which waves are louder and which ones are quieter based on their amplitude. 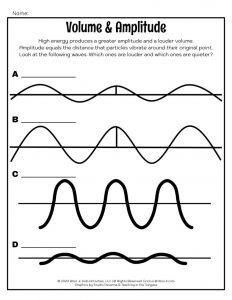 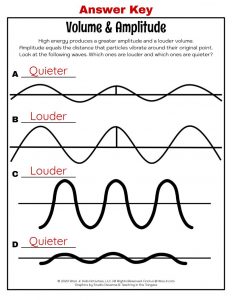 Activity: Print our Animal Hearing Coloring Page to teach your students what body parts other than ears some animals use to hear. 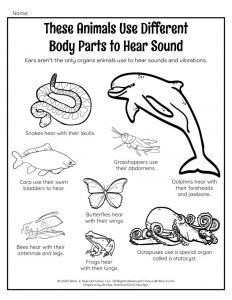 If you enjoyed this lesson, you may also like An Introduction to Pollinators.