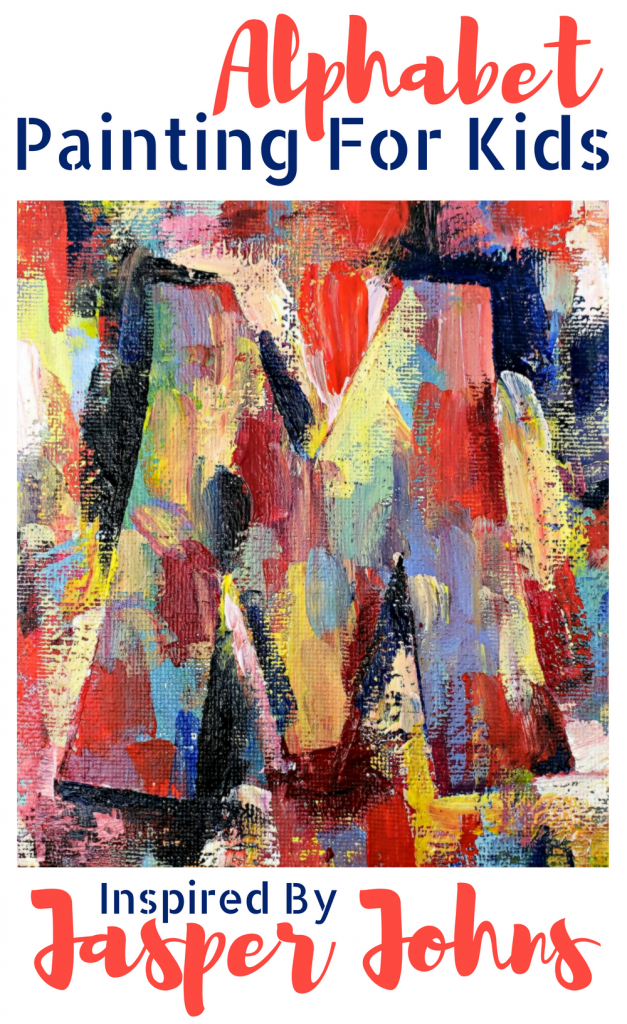 Jasper Johns is an American artist whose work is associated with Abstract Expressionism, Neo-Dada, and Pop Art.  His artwork varies from painting to sculpture as well as printmaking.  He was born in 1930 and is currently still living (so this makes him a contemporary artist). In this alphabet painting for kids art project, the alphabet, an everyday subject matter, is the center of attention.  Jasper John’s artwork titled, Alphabet, 1959, is the inspiration. 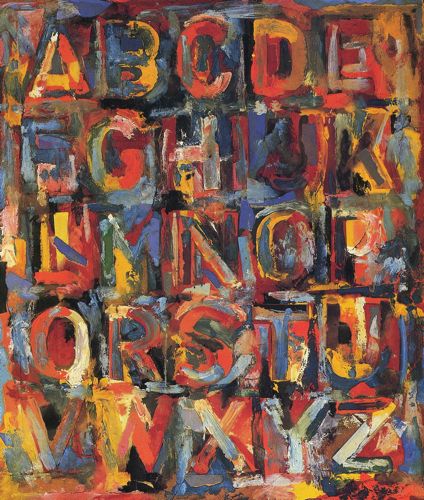 Johns was born in Georgia and spent the early years of his life in South Carolina.  He was not exposed to artists and art growing up but began drawing when he was young.  Jasper Johns wanted to become an artist but didn’t really know what it meant, just that it would be different from how he grew up. 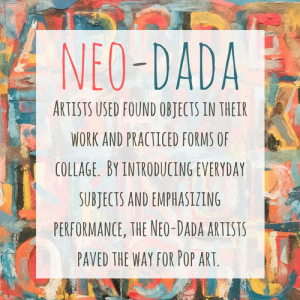 He spent a few semesters in college in South Carolina before moving to New York City and studying at Parsons School of Design in 1949.  Jasper Johns also served in the Korean  War and was stationed in Japan.

He is most famous for his work in the Neo-Dada movement.  Neo-Dada artists use found objects in their work and practiced forms of collage.  They used everyday subject matter and emphasized the performance or execution of their artwork more than the importance of the subject matter itself.  Everyday objects and images now enter the world of fine art.

Jasper John’s artwork regularly sells for millions of dollars and is featured in many modern art museums.  At times, his work has held the record for the most paid for artwork by a living artist!

His most well known pieces of art feature the American flag and other US-related subjects.   Johns has been acknowledged for his artwork by receiving several awards of very high honors including the 1990 National Medal of Arts and the 2011 Presidential Medal of Freedom. 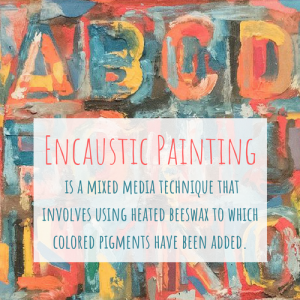 Jasper John’s techniques of applying paint included using encaustic (encaustic painting is a mixed media technique that involves using heated beeswax to which colored pigments have been added) and plaster relief to add texture and depth to his artwork.

John’s also worked as a sculptor, first making sculptures in wax and then layering collaged elements like newspaper and impressions of everyday objects, etc.   The final sculptures are cast in bronze and John’s works the surface again applying a patina.

Supplies needed for this alphabet painting for kids art project are: 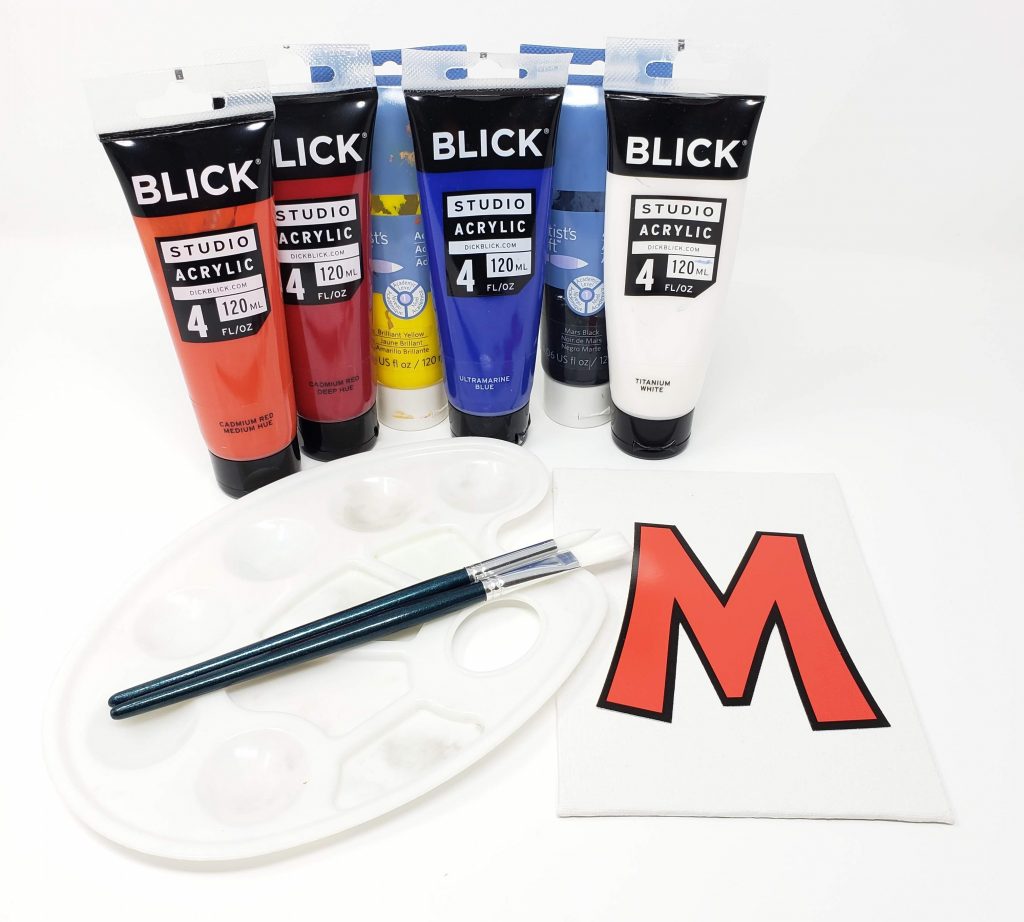 The first step is to cover the canvas with patches of paint.  Be creative and pick your own colors or use Jasper John’s artwork for inspiration. 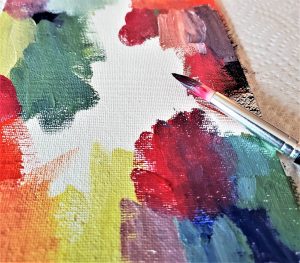 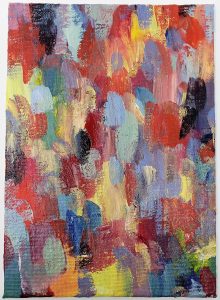 Allow the canvas to completely dry before the next step.

Next, take the letter of your choice, using one of our many styles of printable alphabets! Apply a couple of pieces of clear tape to the back to help prevent the letter from slipping once we place it on the canvas.

Apply the letter gently to the center of the canvas. 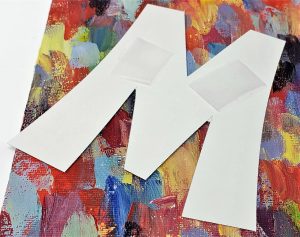 Apply darker paint along some of the edges of the letter to increase the contrast of the outline of the letter.  This will make the letter easier to read once we remove the paper letter. 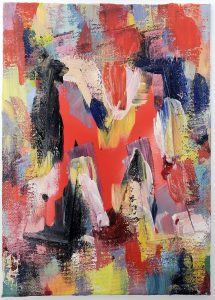 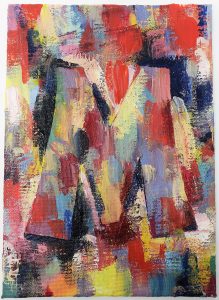 Allow the paint to dry completely.

CAREFULLY, remove the paper letter to reveal the image of the letter in the painting! 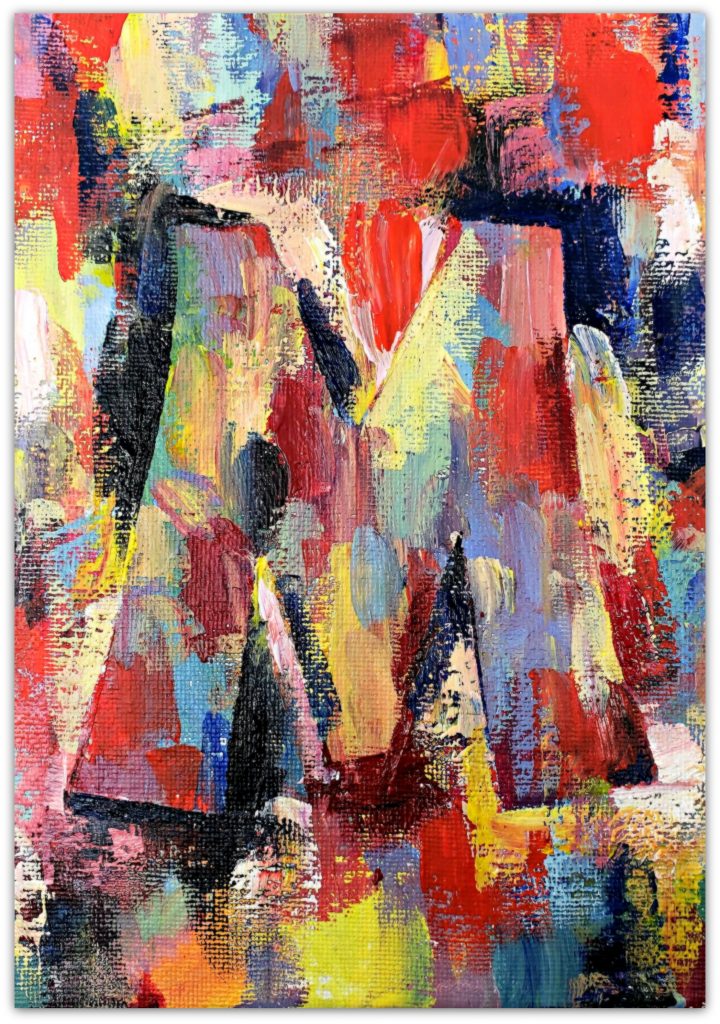