Did you know that most of a solar system is just empty space? This mini-lesson on solar systems for children ages 9 to 12 years old explores what they are and what sort of objects exist in our own. 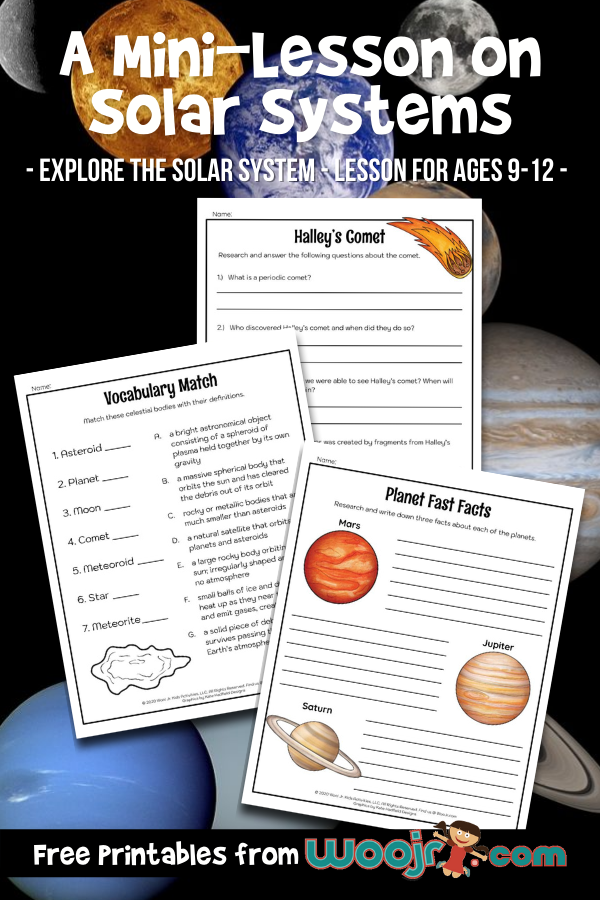 What is a solar system?

A solar system consists of a star and all the objects that orbit it. The star in our solar system is the sun. Its gravity keeps planets, asteroids, and other objects circling around it and keeps them from drifting off into space.

After the sun, the largest objects in our solar system are the planets. There are either eight or nine planets, depending on how you classify Pluto.

Moons come next. There are a variety of moons, but they all do one thing: orbit around a larger body. There are around 170 moons in our solar system. But not all planets have the same number. In fact, two planets – Mercury and Venus – don’t have any. Most of them, however, orbit the giant planets.

Asteroids are basically very large rocks floating around in space. They have no atmospheres and most of them have an irregular shape. Some asteroids passing close to planets get caught by the planet’s gravitational pull and become moons. Some asteroids have small moons orbiting them!

Comets are small balls of ice and dust. But they heat up when they get near the sun and the outer layers melt. The process causes the comet to emit gases and dust, which can be seen trailing behind the comet, like a tail.

Meteoroids are the final objects in a solar system. They are small rocky or metallic bodies, often irregularly shaped. They are way smaller than asteroids, and may even be as small as a grain of sand. Meteoroids turn into meteors and burn up when they enter our atmosphere and fall to Earth. Meteorites are those that survive the trip through our atmosphere and make it to Earth. 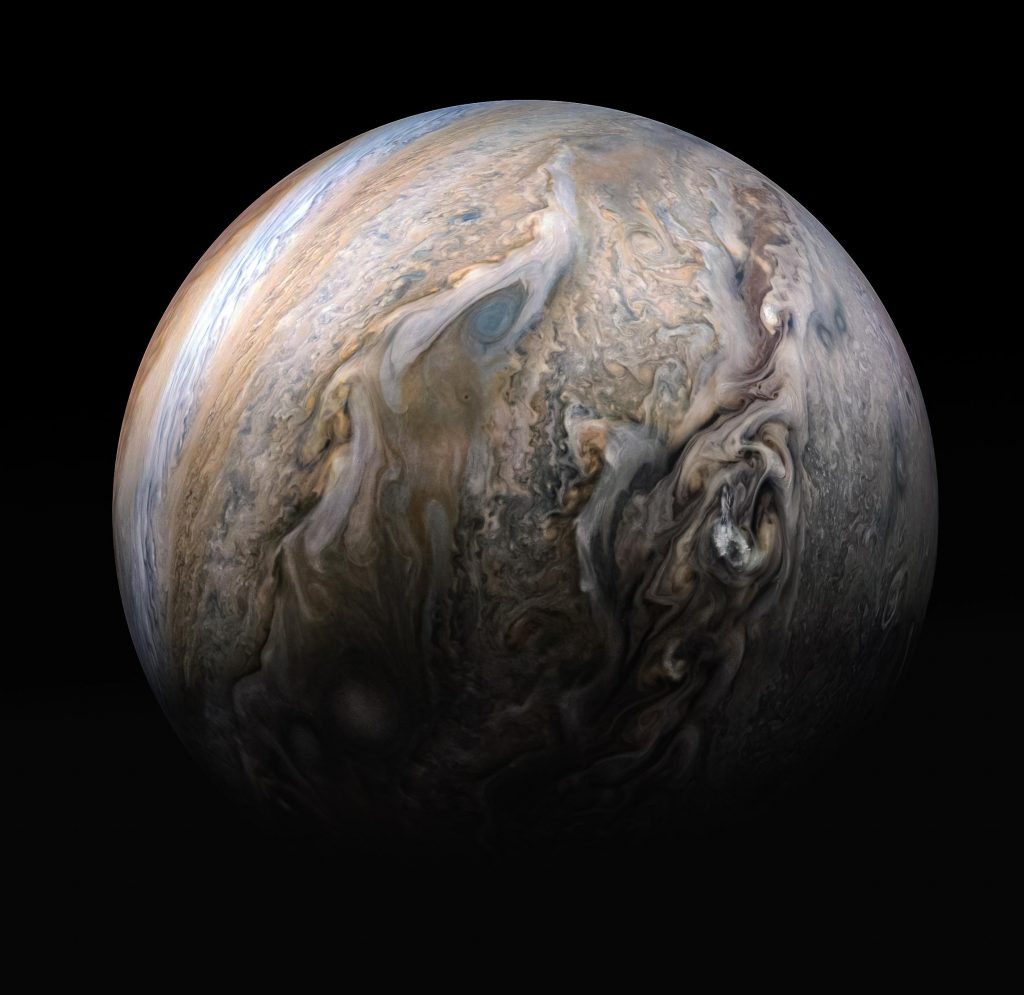 Planets must have these three characteristics:

Venus is the hottest planet. It also spins backward on its axis, so the sun rises in the west and sets in the east.

Around two-thirds of the Earth is covered in water, but only about three percent of it is freshwater.

Mars has a red appearance because it has a lot of iron oxide (also known as rust) in its rocky terrain. It also has the tallest mountain in our solar system. Olympus Mons is actually a volcano, but it is three times as large as Mount Everest, our tallest mountain here on Earth.

The largest planet in our solar system is Jupiter. But it is also the fastest spinning planet. One day only takes about 10 hours! It also has no solid surface; the planet consists entirely of gases.

Saturn is easily recognized by its massive rings that encircle the planet. It is also a gas giant, like Jupiter, and does not have a solid surface. Interestingly, it has more moons than any other planet in our solar system.

You’ll need a telescope to help you see blue-green Uranus. This planet is unique because it spins on its side! This is why it is often called the “Sideways Planet.” It is an ice giant because it has a rocky, icy core that is greater than the gases inside it.

And finally, Neptune is also an ice giant, but it is smaller than Uranus. It is the furthest planet from the sun and is therefore the coldest planet. It also takes 165 Earth years to go one time around the sun.

There are five recognized dwarf planets in our solar system. They differ from planets in one way: they have not cleared their orbits of other materials. When Pluto was discovered, it was immediately classified as a planet without further study. But it was later discovered that Pluto was located inside the Kuiper Belt, an area beyond Neptune containing many comets, asteroids, and other small bodies made largely of ice that are considered dwarf planets. All the dwarf planets are located in this region, except for Ceres, which is found in the Asteroid Belt. 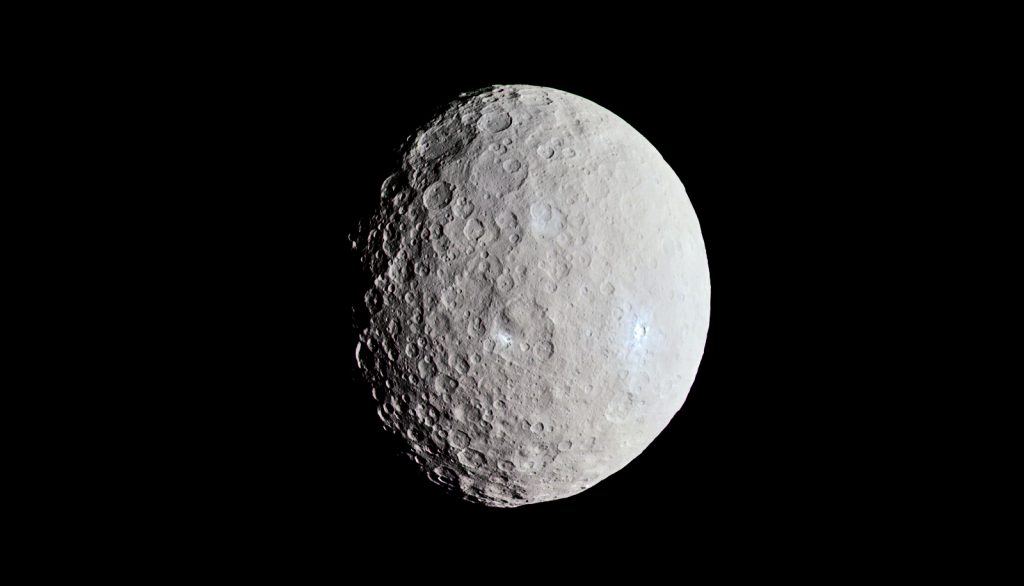 In the space between Mars and Jupiter is a huge asteroid belt. Most likely, millions of rocky and metal objects exist in this area and they vary greatly in size. The largest is Ceres, which is now classified as a dwarf planet. And the smallest ones may only be the size of a pebble.

Many astronomers believe that Jupiter keeps the asteroids in the belt with its gravitational pull. Otherwise, those asteroids might drift out and hit the smaller planets closer to the sun, including Earth.

A Mini-Lesson on Solar Systems and Activities to Extend Learning

Here are some of our printable resources for helping your child learn more about solar systems.

Seven different celestial bodies are introduced in this mini-lesson. Together, these objects make up our entire solar system. But sometimes the differences between each one are minor.

Activity: Print our Vocabulary Worksheet and have your students complete it by matching the object with its definition. 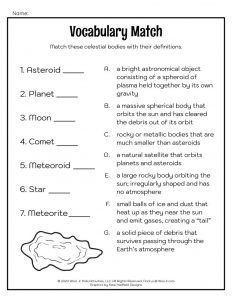 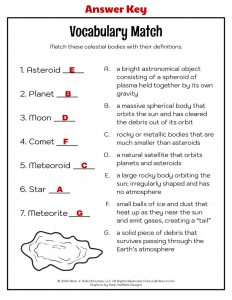 The planets in our solar system are fascinating to study. Each one has been studied by NASA using satellites and in cooperation with other countries’ space programs. These observations have revealed unique characteristics for each planet…and other celestial bodies.

Activity #1: Print our Planet Facts Activity and have your students research the eight different planets. Ask them to write down three unique facts about each one. 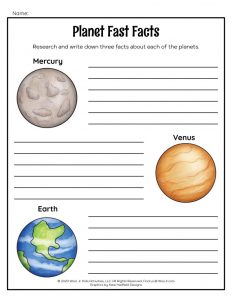 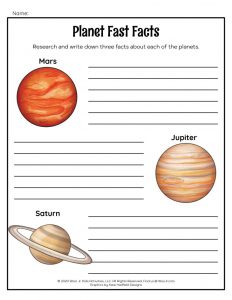 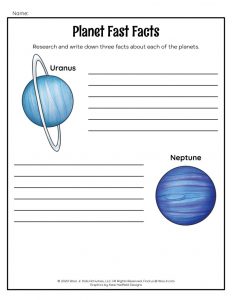 Activity #2: Print our Halley’s comet Worksheet. Ask them to research the most famous comet and answer the questions. 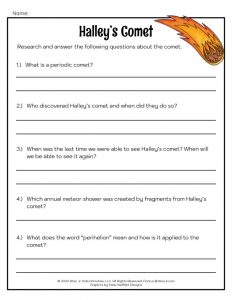 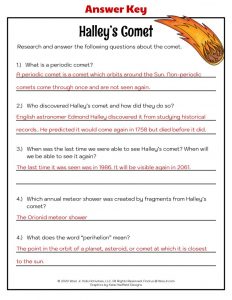 Your students may also enjoy these other Woo! Jr. posts…