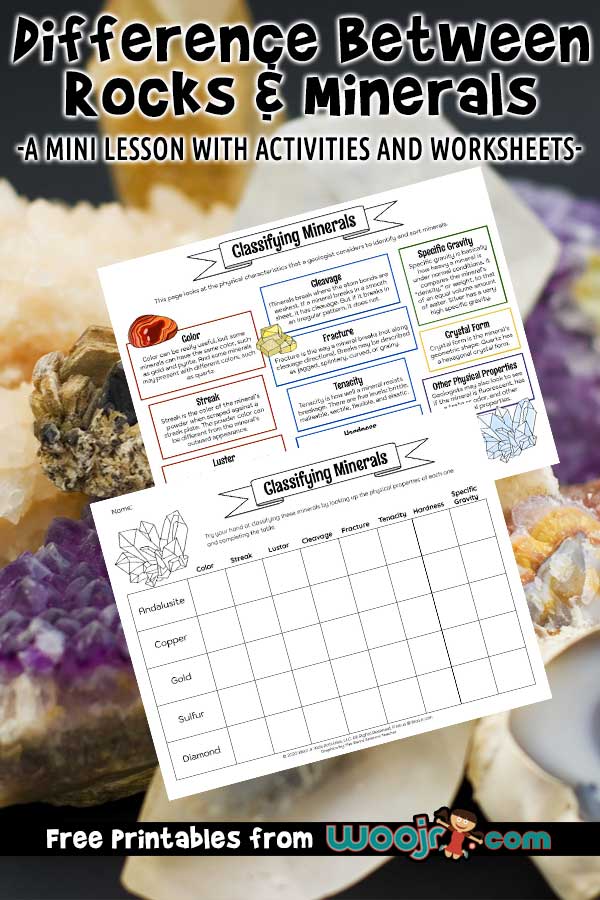 Rocks and minerals: What’s the difference?

A mineral is not a rock, but a rock can be made up of minerals. What exactly is the difference between rocks and minerals? And how are the formed?

This mini-lesson will answer these questions and is for children ages 9 to 12 years old.

Minerals are everywhere around us. In fact, there are more than 4,000 varieties of minerals on our planet. We use them in everything from computers to toothpaste to pencils. But what are they exactly? 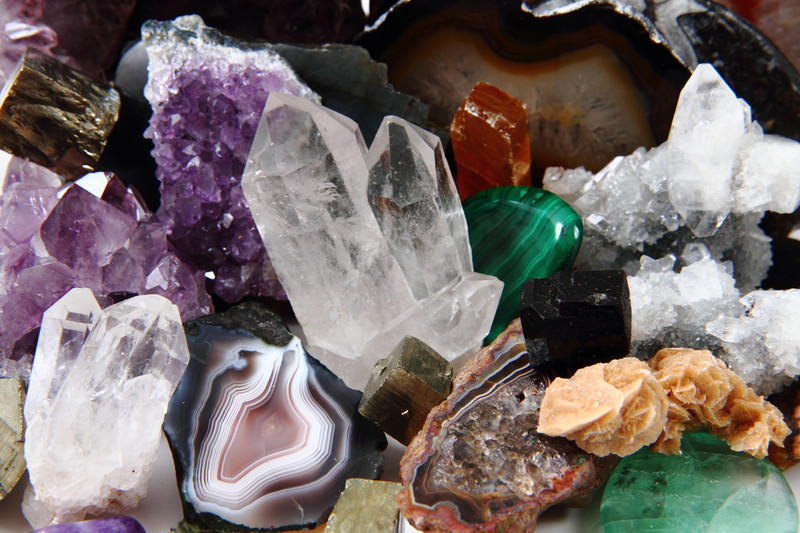 Well, to be officially classified as a mineral, it must meet five criteria.

First, minerals have to be solids in normal circumstances. No gases or liquids allowed!

Second, they have to be naturally occurring. Nothing manmade is a mineral.

Third, it also has to be inorganic. This means minerals do not come from living things. For example, coal is not a mineral because it is formed from the remains of dead plants and animals.

Fourth, it must have a fixed chemical formula and made of specific elements. So all minerals come from elements that you find on the periodic table.

And finally, all minerals have their atoms arranged in an orderly way. They have a crystalline structure.

Let’s put this all together with an example. Quartz is a commonly known mineral. It is made up of silicon dioxide, or SiO2 – one silicon atom and two oxygen atoms. It’s actually the most abundant mineral found on the earth’s surface and is used in hundreds of products including clocks, glass, electronics, and jewelry, to name a few. 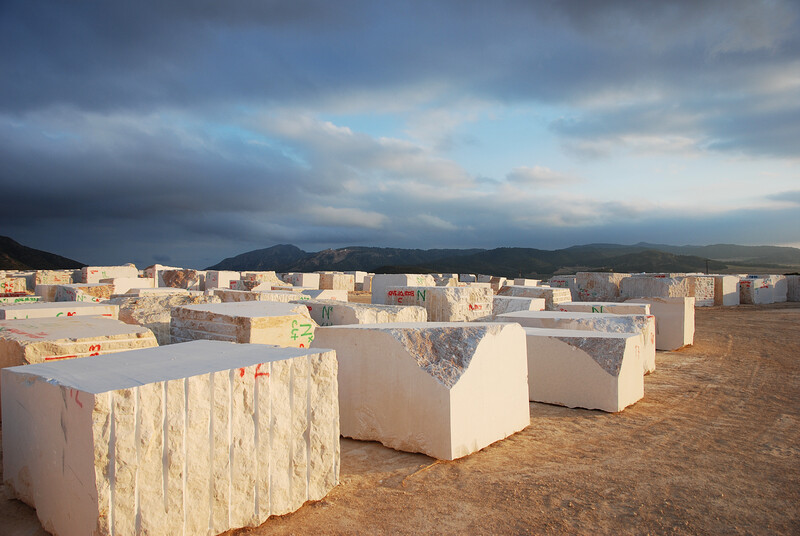 Rocks, on the other hand, actually may contain one or more minerals. We categorize them by their chemical composition and the way they are formed.

Igneous rocks form when magma or lava cools and hardens. Extrusive rocks cool on the earth’s surface after being spewed by a volcano. Or they seep up and out from fissures where tectonic plates are growing. Intrusive rocks are those that cool underneath the surface where magma is pushed up against older rocks.

Granite is an example of igneous rock. And it is mostly made up of the minerals quartz and feldspar.

Sedimentary rocks form from other rocks and minerals. They form at or near the earth’s surface. Sediment accumulates in layers and fuses together by chemical reactions or pressure over time. Weathering plays a big role in forming sedimentary rocks. Wind, rain, and other elements wear down boulders or mountains breaking them down into smaller rocks.

The final type is metamorphic rock. They form when either igneous or sedimentary rocks are transformed by intense pressure and heat. This transformation of rocks happens deep below the earth’s surface. Marble is an example of a metamorphic rock. It was originally limestone that underwent extreme pressure and high temperatures causing the limestone to recrystallize into marble.

Here are some of our printable resources for helping your child learn more about rocks and minerals.

Geologists look at various chemical and physical properties to classify minerals. But even geologists can have a difficult time because sometimes the properties may be different between batches of minerals. So it is important that they look at more than one property to best learn about the mineral.

Activity: Print our Classifying Minerals Worksheets and have your students use a guide to minerals or an online resource to look up the physical properties of the five listed minerals. Minerals.net is a great online source of information. 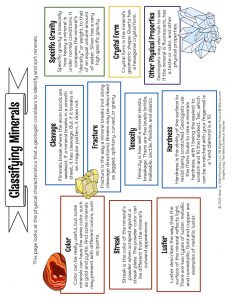 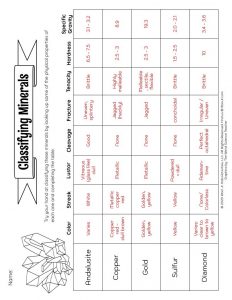 Minerals have thousands of uses in everyday life. People use most minerals in multiple ways. Some are electrical conductors, while others are made into vitamin supplements.

Activity: Print our Minerals Around Us Activity Page and have your students research the ways in which the minerals listed are used in society. Challenge them to find products, medicines, technology, and more. 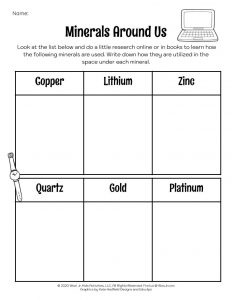 Minerals in Our Daily Life Worksheet

This mini-lesson describes how scientists classify rocks by the method in which they are created.

Activity: Print our Rock Type Flip Book Activity and have your students carefully cut out the pages along the solid lines. Layer them with the cover page on top and the longest page in the back. The page labels should show clearly at the bottom of each page. Then they can align the pages at the top and secure them along the top edge. Finally, ask your students to write down how each rock type is formed in the blank space on each page. 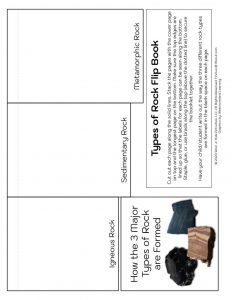 We have two great painted rock crafts for kids, Rock Monsters for younger children and a Rock Cactus Garden for older children! 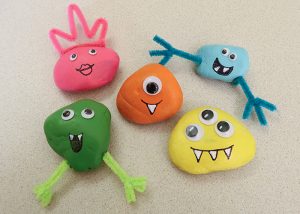 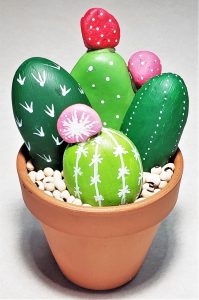