I’m always so excited to post another set of pipe cleaner finger puppets – they are one of my most popular crafts of all! These 4th of July kids crafts are super-easy and yet also super-satisfying for kids to make. Especially if your kids are older than 7 or so they are pretty fool-proof. It makes children especially proud of their creations! 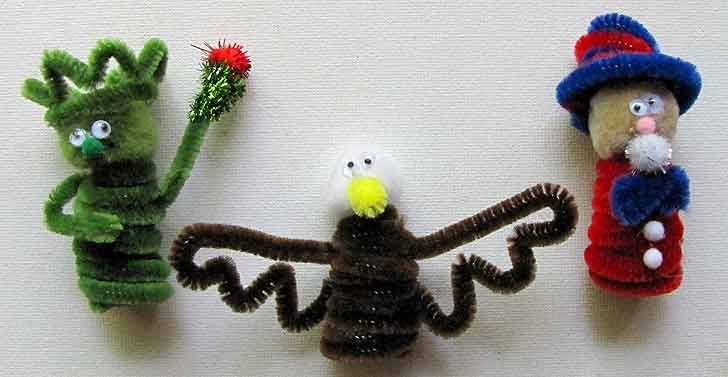 I’ve placed a photograph next to each finger puppet with the exact materials needed for each. All of them require a very easy to find set of stuff:

How to Make These 4th of July Puppet Crafts

Please refer to the original Easter finger puppets post for general assembly instructions. Or here’s a quick video of making one of them in action!

The Statue of Liberty Finger Puppet 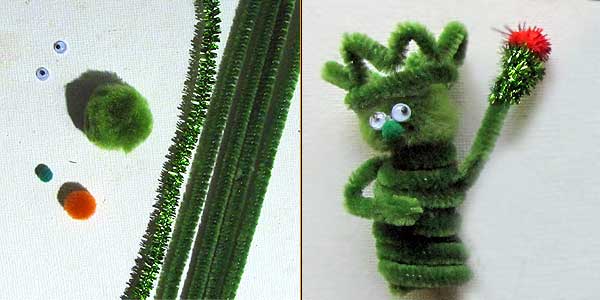 Wind the puppet body base around your finger.

Make her torch by taking a 2-3 inch piece of glitter green pipe cleaner and winding it around the tip of a sharpened pencil to make a cone shape: 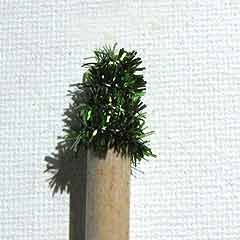 Make Lady Liberty’s crown by forming a green pipe cleaner as shown below. Wrap the end around the rest of the crown to secure the points in place – then clip off the extra on the end.

Bend a 6 inch piece of green pipe cleaner into the shape of her arms, and slide it in between the body coils. Bend one up to hold the torch and one curled in front of her.

Glue the torch onto her left hand and then glue the red/orange small pom pom on the top to make it look like a flame. I found a medium sized red glitter pom pom that worked perfectly for this.

Glue the head onto the body.

Glue the green tiny pom pom on the front of the face, then glue the two googly eyes right on top. 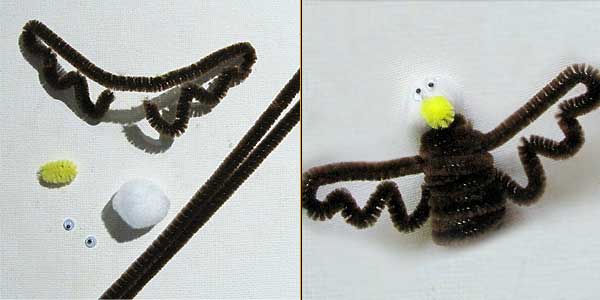 Wind the puppet body base around your finger.

Bend a full piece of brown pipe cleaner into the shape of wings as shown.

Slide the wings in between the body coils.

Bend a one inch piece of yellow pipe cleaner in half then curve it a little bit into the shape of a beak.

Glue the white pom pom head onto the eagle body.

Glue the beak and googly eyes onto the eagle’s face

(Note that I also added two tiny white pom poms for buttons on his coat!) 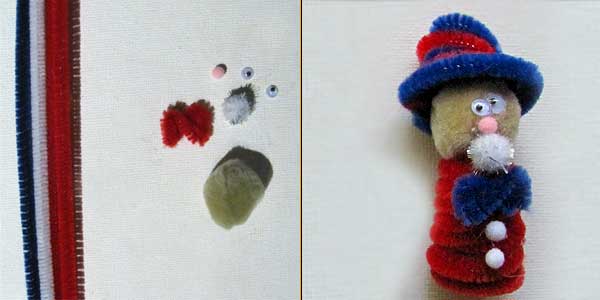 Wind the finger puppet base.

Make Uncle Sam’s top hat with a blue and red pipe cleaner – use the instructions from my Cat in the Hat craft:

Bend a two and a half inch piece of pipe cleaner into the shape of a bow tie as shown.

Glue his pom pom head onto the puppet body.

Glue the medium white pom pom onto the bottom of his face for his beard.

Glue his top hat onto his head, then glue the bow tie and white buttons onto the front of his coat.